3) Oil Just Had Its Best Monthly Gain Ever!

Sometimes we have to take generalities in reverse. The farther they fall, the farther they rise. It is without debate that crude oil has suffered a vicious and violent 2020 after starting out the year closer to $60 per barrel.

Friday’s level of $35 is far less destructive to the oil and gas sector, although it’s also still far from being an oil boom. The so-called ‘Black Gold’ had fallen to plunge depth levels not allowing profitability for all but the nimblest of companies, but May was the month that the economy was starting its phased reopening and people are driving again ahead of the summer travel season.

A late day report from CNBC showed that crude oil was up almost 90% in May for its biggest monthly gain on record. That is great for oil workers, and it’s actually good for those who want alternative energy to be more competitive as well. Before the oil barons and their teams go flooding the steak houses back to max capacity, oil is still down almost 50% so far in 2020. Here is a chart that shows the best months ever, ranked in order of strength. 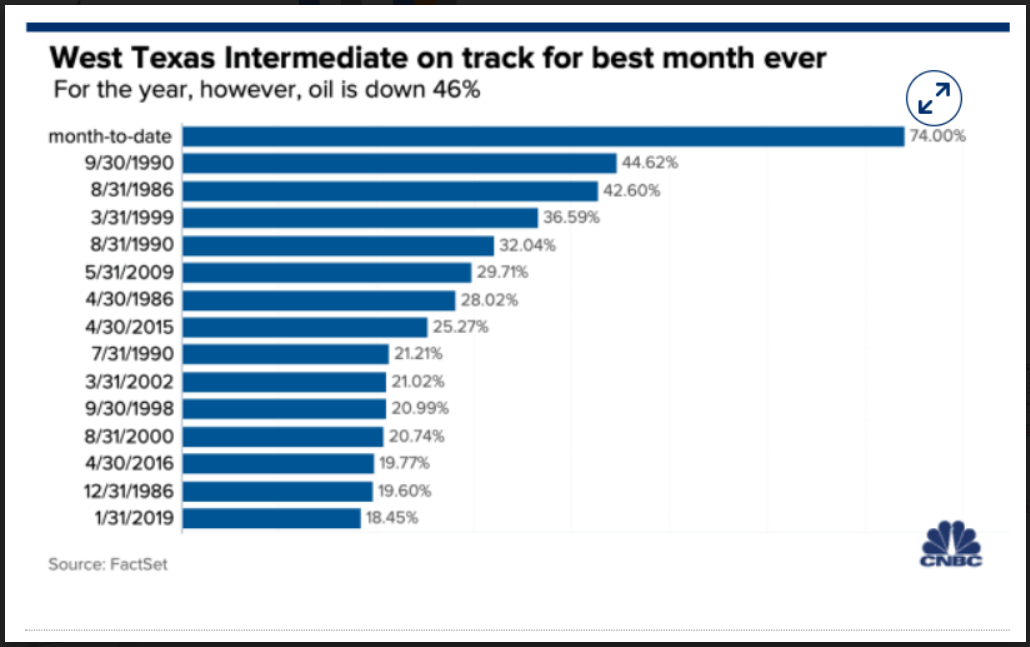 Canopy Growth Corporation (NYSE: CGC) was on the verge of greatness. This is a scenario where the charts did not match the fundamentals of the legalized marijuana leader, and not even close. The stock was back to positive for the year despite its speculative nature and had just managed to tick above its key 200-day moving average. but a wide loss of $1.3 billion (Canadian) was much wider than expected.

The company also withdrew guidance and said that 2020 will be another year of transition. At one point, Friday’s drop was shown by Dow Jones to be a record percentage drop. They were down 18% at $17.75 in afternoon trading on Friday (with about 20 million shares already hit by 1:00 PM) after peaking at $50 or so in 2019. This stock had more than doubled from its panic selling lows in March 2020.

Barring some unknown developments, this is chart destruction of the industry leader that spells trouble for the entire legalized marijuana and medical marijuana sector and its ETFs. 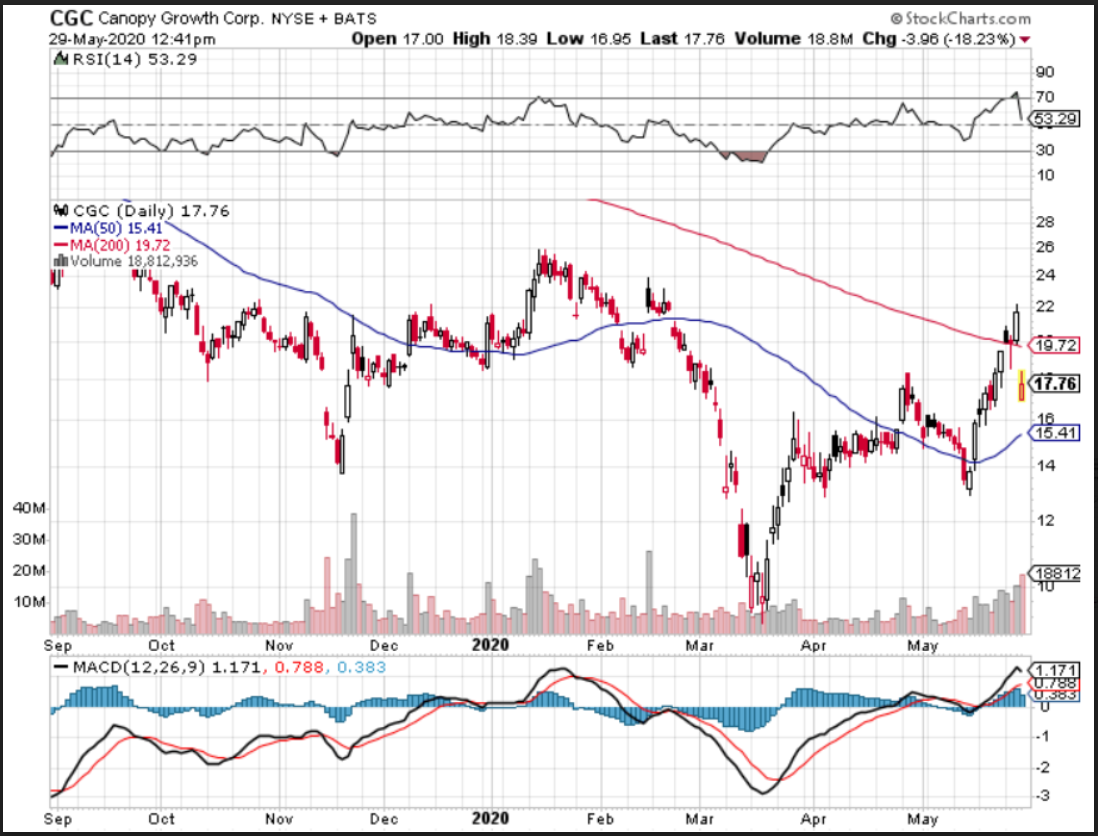