The Best Paying Jobs of the Future 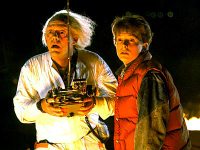 The U.S. unemployment rate peaked at 10% in October 2009 and has since slowly improved, flirting with 8% earlier this month. Despite the downward trend, the rate is still more than double prerecession levels. As the economy continues to recover and more people return to the workforce, many are trying to find the right career — one that is hiring and pays well.

Read: The Best Paying Jobs of the Future

Knowing which jobs will be in high demand and pay the most is a good place to start. To serve as a guide, 24/7 Wall St. identified the best paying jobs of the future. These jobs will grow the most in the next decade, some as much as 60% by 2020. They also have median salaries that are close to double the national average of $34,450, and in some cases more.

Many of these occupations will be in highest demand because of changes in the nation’s population and in the way the country’s businesses operate. Last year, the first baby boomers turned 65. As this generation gets older, increasing medical needs will require more health care professionals. Of the 10 high-paying, high-growth occupations we reviewed, six are in the medical field.

Because most of these positions are in the medical field, many require at least a master’s degree, and in many cases a doctoral degree. However, four have less demanding educational requirements, including the three that are growing the most. A career as a sonographer, projected to grow 43.5% with a median salary of $64,380, typically just requires an associate’s degree.

24/7 Wall St. identified the best paying jobs that also will have the highest demand for new workers in the future based on the Bureau of Labor Statistics’ National Employment Matrix, which forecasts job growth between 2010 and 2020 for the bureau’s more-than 1,000 listed jobs. The Matrix was used to identify the professions that are going to grow the most as a percentage of 2010 employment figures by 2020. Of those, we then narrowed the list to jobs that also had a median annual income of at least $60,000 in 2010, 75% higher than the $34,450 national median average, and at least 5,000 positions. Using the BLS Occupational Employment Statistics, 24/7 Wall St. also identified the states with the highest concentration of jobs as of May 2011.

These are the best paying jobs of the future.