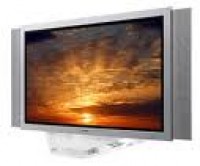 Reuters:   The US  is stepping up the pressure on BP plc (NYSE: BP) as the government doubles spill estimates.

Reuters:   Geithner says US patience on the yuan is  disappearing.

Reuters:   The FBI is looking into a breach of security which let hackers get Apple Inc (NASDAQ: AAPL) iPad e-mails.Reuters:   The UAE oil minister said oil oversupply is modest.

WSJ:   US companies have built record piles of cash.

WSJ:   Dell (NASDAQ: DELL) and its CEO are in talks to settle with the SEC.

WSJ:   Bancaja and Caja Madrid and other Spanish banks are in merger talks.

WSJ:   Retailers are making it more convenient to shop by cellphone.

WSJ:   A merger between UAL Inc (NASDAQ: UAUA) and Continental (NYSE: CAL) will not solve many problems, according to United’s CEO.

WSJ:   Petrobras got government approval for a huge decade-long expansion.

WSJ:   Companies have finished restocking inventories cut by the recession and now must consider adding inventory for the recovery.

WSJ:   There is a rumor that PetroChina (NYSE: PTR) could buy BP.

WSJ:   New circuit breaker programs are about to go into effect.

NYT:   A new search engine allows patients to look at doctors and fees.

NYT:   Johnson & Johnson (NYSE: JNJ) has been uncooperative in an inquiry about problems with its drugs, according to some government officials.

NYT:   There is a British backlash to US attacks on BP.

NYT:   Nearly 200 lawsuits have been filed against BP.

NYT:   The House and Senate have begun to merge their bills on financial reform.

NYT:   The Senate is losing patience on US policy on China trade.

FT:   Funding costs for US companies are down.

FT:   BA may move flights to Madrid to undermine strikers.

Bloomberg:   Congress may override a veto on a potential bill on yuan reform.