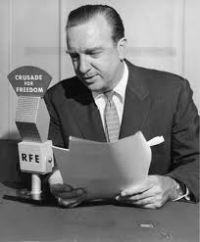 Reuters:   The American Sociology Review said a group of mortgages aimed at racially segregated neighborhoods helped cause the mortgage crisis.

Reuters:   Sanofi-Aventis made an $18.5 billion offer for Genzyme (NASDAQ: GENZ).

Reuters:   Visa (NYSE: V) and MasterCard (NYSE: MA) are near and antitrust settlement.

Reuters:   Kuwait will buy $1 billion of the AIA IPO.

WSJ:   The American citizen has begun to turn against free trade according to a WSJ poll

WSJ:   American companies are posting huge profits because they have dropped expenses to match revenues.

WSJ:   GM is on the lookout for new joint venture partners to cut costs.

WSJ:   The value of stocks is up, but volume is not.

WSJ:   The IMF says new bank rules are not sufficient.

WSJ:   Research In Motion (NASDAQ: RIMM) says it has made progress in talks with India.

WSJ:   Unions are pushing to get members to vote for Democrats.

WSJ:   Boeing (NYSE: BA) and US airlines are in disagreement over export aid.

WSJ:   PriceWaterhouseCoopers has begin to market on Linked-In.

WSJ:   CEOs who have held chief executive jobs before perform worse than those new to the office, according to a study by Professors Monika Hamori of IE Business School in Madrid and Burak Koyuncu of Rouen Business School in Rouen, France

WSJ:   Issues with routing show that investors often do not get the best price the market can offer.

NYT:   Big companies have not spent the money they have raised at low interest rates.

NYT:   The Apple (NASDAQ: AAPL) iPad may be critical to the storage of medical records.

FT:   American International Group (NYSE: AIG) has had to lower the valuation of its AIA IPO.

FT:   Financial firms in Brazil and China have seen a surge in credit card holders.