After The Hunger Games, Feast or Famine Cometh 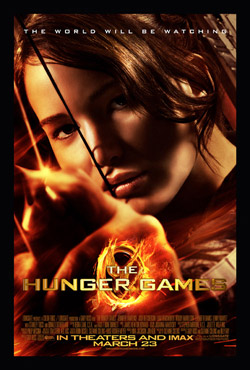 Source: Lions Gate
Lions Gate Entertainment Corp. (NYSE: LGF) has managed to grow and grow, up to the point that it is now worth some $4.4 billion in market capitalization. The latest bump over the last year or so came from the extremely popular movie franchise The Hunger Games. The problem looking forward is when investors start to ask what the company can do next not just to repeat the performance of the past but to exceed the performance for the future. This is a real dilemma that Lions Gate investors have to wonder at some point even if Lions Gate does have a film arsenal lined up for the future.

The sequel “The Hunger Games: Catching Fire” just reportedly bested $110 million in the extended weekend sales. That would have been more than impressive for just about any franchise’s opening weekend, but this was not even the opening weekend for the film to be in theaters.

Total sales including North America and international have been about $573 million according to Rentrak. The-Numbers shows that the total global box office sales of the first episode of The Hunger Games was $684.5 million. With weeks of global box office sales ahead, beating the first installment should be assured with two more sequels ahead. The third installment will come in late 2014 and the last will come late in 2015.

The Twilight Saga is over and grossed $3.35 billion globally according to The-Numbers. Lions Gate also has many other movies, some of which may become future hits or series. Still, investors do not just buy stocks based upon the successes of the past.

So what is the next big movie franchise hit which can actually challenge The Hunger Games? There has to be one, or if not investors will almost certainly run like the wind. Lions Gate has paid no dividend yet it has some $1.45 billion in cash and long-term investments and almost another $700 million in receivables.

Investors did see the “sell the news” effect after the release of the second Hunger Games installment. What happens if the success of the series cannot be replaced by future movie franchises?