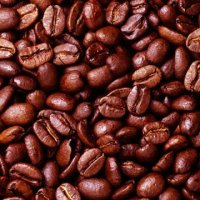 ) would be making a single-cup coffee machine to compete with Green Mountain’s Keurig system. Shares of Green Mountain plunged to below $53 on March 9th.

A month earlier, on February 15th, Green Mountain’s founder and chairman Robert Stiller sold 500,000 shares at $65.94/share. On February he sold another 500,000 shares at $66.68. Good timing or trading on inside information? If Stiller had waited until March 9th, his take would have dropped to around $53 million. Stiller remains Green Mountain’s largest shareholder, with 13.4 million shares (about 8.7% of shares outstanding).

There has been no announcement of a formal investigation, but Bloomberg News cites a Securities and Exchange Commission official who said only, “If he has inside information, he has to withdraw from the market.”

Green Mountain loses patent protection on its Keurig system later this year, and the competition in the single-cup coffee brewing business is going to heat up considerably with a new machine from Starbucks.