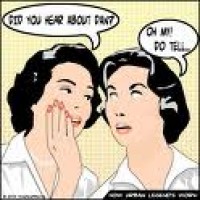 We wrote this morning about the ongoing M&A chatter about SUPERVALU Inc. (NYSE: SVU). The store is seeking a buyer for the whole company, but so far most of the interest has come from buyers interested only in pieces of the company.

The problem is that SUPERVALU owns 11 grocery store chains scattered all over the U.S. A potential buyer for the Shoppers chain which operates in Maryland, Virginia, and Washington, D.C., may not be equally interested in the Albertson’s chain operating in the western U.S. An analyst told Bloomberg:

What all of the operating units have together is poor performance, which makes it difficult to go to a single buyer and say: ‘This is a growth story’ or ‘This is easy to fix.’

Another problem is the SUPERVALU prices are higher than traditional rivals Kroger Co. (NYSE: KR) and Safeway Inc. (NYSE: SWY). Added competition from Wal-Mart Stores Inc. (NYSE: WMT) and Target Inc. (NYSE: TGT) does not make the company’s prices look any better either.

It’s possible that a private equity firm would take the whole company and then piece it out, but that’s not a scenario to attract the highest price for current shareholders.

The company’s market cap has fallen below $500 million, about 5% of its market cap of just five years ago. A buyer would also need to assume more than $6 billion in debt and more than $1 billion in pension obligations. This looks like an offer anyone can refuse.

Black Friday Is Going to Be Different This Year

Why Gap Was Crushed After Q3 Results

Why This Is Dollar Tree's Strongest Quarter in Years