The Big American Retailers With The Worst Service 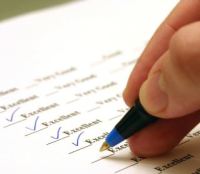 Customer satisfaction in the retail and online e-commerce industries is getting worse. There is no single reason for this, but it is likely that the recent economic downturn is one of the biggest factors. A recession often cuts into retail payrolls, and so full-time workers are replaced by part-time ones. Anxiety among people who are not laid off rises. The employees in the stores who are the spokespeople for their companies have their morale shaken. A drop-off in customer service is bound to result.

Recessions also rob businesses of the ability to compete effectively on price. A downturn hurts sales. This takes away the flexibility for businesses to offer discounts, unless their balance sheets are strong enough to fund losses in exchange for improved market share. Big companies such as Wal-Mart can afford to take a long view. Much smaller ones including OfficeMax probably cannot.

The American Customer Satisfaction Index is as close to the gold standard for the measurement of customer service. ACSI reports scores on a 0-100 scale at the national level and produces indexes for 10 economic sectors, 45 industries (including e-commerce and e-business), and more than 225 companies.

The ASCI data which was just released on the retail and e-commerce industries shows an erosion in consumer satisfaction scores. It is the largest drop the research operation has reported since 2008 – at the depth of the recession.

24/7 Wall St. reviewed the data to find the companies which were hardest hit in the ratings from 2009 to 2010. We picked only firms with satisfaction ratings down at least 2% year-over-year with the goal of finding common themes between the companies, or at least reasons why they are performing worse than their peers.

After reviewing the data, 24/7 Wall St. observed several key attributes in common between the companies on this list.  Companies which were in the number 2 or number 3 spot behind a large industry leader often did very poorly. These companies include Target (NYSE: TGT), Lowe’s (NYSE: LOW), OfficeMax (NYSE: OMX) and Newegg. Firms which are not in the top spot for their sector often do not have the financial resources of their larger competitors. They are often the first to begin layoffs, meaning their staff-per-location falls along with morale, and often the number experienced workers. People who have been with a company the longest often earn the most. As they are laid off, institutional knowledge is bled out of a company. Cheap becomes expensive.

Although satisfaction with e-commerce fell, it still is well ahead of the average ratings for bricks-and-mortar retailers. It is hard for Barnes & Noble to get a higher rating than Amazon.com. Amazon has more inventory, a wider array of products, and a cost base that makes discounting a more reasonable business tactic. SUPERVALU and other grocery chains have very little e-commerce capacity and operate in an industry in which inflation drives food prices higher nearly every week. SUPERVALU has to try to pass that along to its customers.

It’s too early to say whether these scores will rebound with the end of the recession. Americans may have become inured to poor service. They expect that companies which have cut costs will try to maintain the profits that fewer people and services for the customer allows. The ASCI scores may continue to fall because in the case of many consumers, their alternatives for purchasing books, groceries or clothes are severely limited. Retailers can afford to cut corners when their customers have few options. 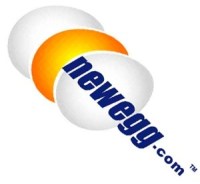 In 2008, Newegg led the Internet retail industry in customer satisfaction. The company is now behind both Amazon and Netflix, with a score of 84. Newegg.com, an online consumer electronics retailer originally focused on discount computer components, has now expanded to consumer electronics, including televisions and digital cameras. This shift to a wider range of products, and customers, has led to less impressive deals in many cases.   Many people simply looking for a better price on a flat-screen TV are now confused by a website originally designed for tech-savvy consumers. 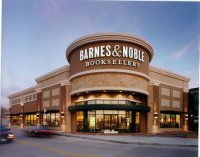 Barnes & Noble currently has a customer satisfaction score of 82, a decrease of 2.4% from 2009. The company may suffer more than any retailer on this list in comparison to a larger online rival. Amazon.com has many more titles online than Barnes & Noble has in stores. The online Barnes & Noble brand attracts far fewer visitors than Amazon, which also offers a wide array of products besides books. Furthermore, Amazon has been able to market its Kindle e-reader as superior to the Barnes & Noble Nook. All of these taken together are a good demonstration of why bricks-and-mortar operations are losing customers to their large e-commerce competitors. Customer satisfaction is based on selection, ease of access and price.