Famous Restaurant Chains That Are Hard to Find 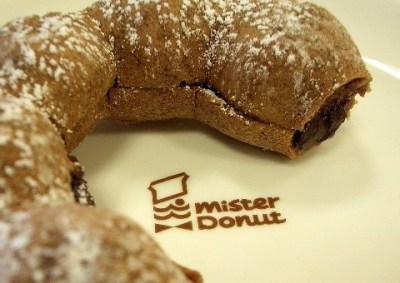 Source: Mister Donut
Many of America’s once-great restaurant chains are now impossible to find. While McDonald’s and Subway locations continue to multiply, Howard Johnson’s and Chi-Chi’s are all but forgotten.

24/7 Wall St. relied on food industry consulting and research firm Technomic to identify famous American chain restaurants that have either completely vanished, moved overseas or have only a few locations left. In their heyday, these restaurants had hundreds, if not thousands, of locations. As of 2012, most of these once successful brands had just 25 stores or fewer across the country.

Most of the chains that make the list are casual dining restaurants like Chi-Chi’s and Ground Round. According to Technomic’s Vice President Darren Tristano, their troubles were due to increased competition from larger, more successful operations such as Applebee’s, TGIF, Olive Garden and Red Lobster.

“Those brands did better in terms of expansion, and set the bar much higher,” Tristano said. “It’s really a combination of greater unit expansion. Those that couldn’t keep up and didn’t have the franchises or the financing struggled.”

Many of these restaurants experienced sudden declines in the early 1980s. Sambo’s was once a national brand with more than 1,000 locations. However, a combination of financial problems and a troubling association with racist imagery used in advertisements forced Sambo’s into bankruptcy and resulted in the closure of more than 400 locations.

For other chains, the troubles began much later. In the case of Bennigan’s and Steak & Ale, a slowing economy during the recession led to lower earnings and an inability of their parent company to service debt. As a result, the chains were liquidated with little warning.

Bennigan’s parent company, Metromedia Restaurant Group, filed for Chapter 7 bankruptcy in 2008. All Steak & Ale locations were closed. The more than 200 Irish-themed locations dropped to just a few dozen. The company has emerged from bankruptcy under new ownership. While some are optimistic about the brand’s prospects, “recovery generally means you’ve hit bottom, but in their case, they’ve continued to close underperforming units,” Tristano warned.

To determine the famous restaurant chains that are now hard to find, 24/7 Wall St. identified brands that, according to Technomic, had hundreds of U.S. locations at their peak between the 1980s and 1990s and a national presence. As of 2012, these restaurant chains could have, at most, only a small number of locations.

These are famous restaurants chains that are hard to  find.