America's Worst Companies to Work For 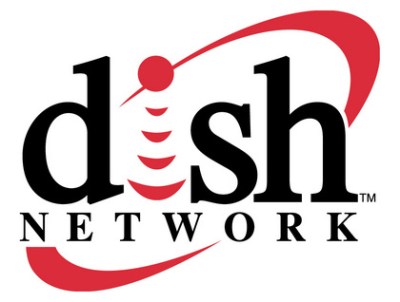 For the second year in a row, 24/7 Wall St. has identified America’s worst companies to work for. While company management can improve employee satisfaction, most of the companies on our list continue to make workers miserable.

In order to identify America’s worst companies to work for, 24/7 Wall St. examined employee reviews at jobs and career community site Glassdoor. Based on the reviews, Glassdoor scores companies on a scale of one to five with an average score of 3.2 for the over 250,000 companies measured. 24/7 Wall St. identified the nine publicly traded companies that received scores of 2.5 or lower.

Click here to see the worst companies to work for

In an interview with 24/7 Wall St., Glassdoor spokesperson Samantha Zupan noted that some of the companies are not a surprise. “When I looked at Radioshack reviews there is a commonality within the reviews where people are talking about customer service and [employees] have a tough time dealing with the customers.”

On the other hand, Zupan pointed out that other companies in the retail sector, like Costco and Nordstom’s, “get rated very highly by their employees.” There are certain things that employers can do to make a job better for employees. Zupan notes that training, “knowing how to deal with different customers and different issues,” and higher compensation are both important to employees.

Not surprisingly, employees most often complained about low wages and poor benefits. Many noted that they were paid even less than the already-low industry average for their job. Benefits, if the company provided any, were either difficult to afford or inadequate.

While some employees at all levels were unhappy, complaints at these companies were disproportionately from sales representatives, customer service agents and technicians. These were generally lower-paid, front-line workers dealing directly with customers.

Issues with middle management were universal among the employees of these companies, but the types of complaints varied. Depending on the company, employees felt they were micromanaged, treated unfairly or like children, or asked to meet extreme demands.

Several of the companies on this list have failed to find a clear path to boost their sales and earnings. RadioShack has attempted to revitalize its brand multiple times by focusing on different strategies and metrics. Employees have seen the electronics retailer change its priorities so often they view these moves skeptically. Other companies have been stubborn and have not pursued any major changes despite overwhelming evidence that they should. Compared to other retailers, Sears Holdings invests little in its stores, a fact that bothers many of its employees.

Employees at poorly-rated companies tend to have low opinions of senior management. The average CEO rating across the companies measured by Glassdoor is 69%, according to Zupan. The majority of the worst-reviewed companies had CEO approval ratings of 40% or less. Only 23% of Dillard’s employees approved of CEO Bill Dillards II’s management. Sears Holdings CEO Eddie Lampert earned 19% approval.

Another attribute shared by many of the companies on this list is the perception that they have been overwhelmed by larger, better-equipped competitors. RadioShack falls into that category. It cannot effectively compete with Amazon.com, or even Best Buy. This is also true for Sears Holdings, which owns Sears and Kmart and competes with Walmart and Target. Dish, which competes with AT&T and large cable companies, faces a similar problem.

In order to identify America’s worst companies to work for, 24/7 Wall St. examined employee reviews at Glassdoor To be considered, companies had to have a minimum of 300 reviews. Of the more than 300 companies with more than 300 comments, 24/7 Wall St. identified the nine publicly traded companies that received the worst scores — 2.5 or lower. This year, Sears Holdings and subsidiary Kmart made the cut independently — both scores are included. These are the worst companies to work for.

These are America’s worst companies to work for.