5 Key Retail Earnings Previews for the Week Ahead 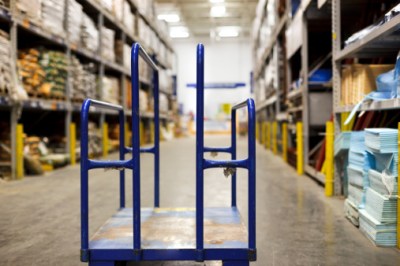 Source: Thinkstock
The first round of retail earnings has come and gone. Now as corporate earnings season begins to wind down, we are seeing the rest of the major retailers get ready to report. 24/7 Wall St. has reviewed the consensus earnings estimates from Thomson Reuters and the stock price and trading history, as well as added some additional color on each.

Be advised that the earnings and revenue estimates may change ahead of the formal reports, and some companies change earnings dates as well. Also check out our separate look at the upcoming earnings reports from Best Buy, Home Depot, Wal-Mart and more.

Urban Outfitters Inc. (NASDAQ: URBN) is scheduled to release its most recent quarterly results on Monday. The consensus estimates are $0.30 in earnings per share (EPS) on $758.25 million in revenue. The company seems to have come alive in 2015, and one reason was that when it reported its most recent fourth-quarter financials, Urban Outfitters eclipsed the $1 billion mark for revenue. This is the first time in the history of the company that this has happened. Although the estimates are not calling for nearly as much for this quarter, the company could stand to keep up the momentum.

ALSO READ: Top 5 Earnings Previews for the Week Ahead

When Lowe’s Companies Inc. (NYSE: LOW) reports its fiscal first-quarter results on Wednesday, the analysts’ consensus estimates call for EPS of $0.74 and $14.27 billion in revenue. This home improvement company ranks the highest with consumers, and it also ranks high with the Oppenheimer analysts as they have the stock rated as a top pick. As summer is here, the company is poised to see the usual huge move by homeowners to spruce up and do some summer projects. A plethora of new and previously owned homes also generally see the highest purchasing rate in the spring and early summer, another big benefit to this top domestic home improvement retailer.

Staples Inc. (NASDAQ: SPLS) is scheduled to report its fiscal first-quarter earnings on Wednesday. The consensus estimates call for EPS of $0.17 and $5.47 billion in revenue. The company closed 20 North American stores in the first quarter, sending same-store sales in the region down 2%. Internationally, same-store sales declined 7% in constant dollars.

The consensus estimates call for per-share earnings of $0.75 and $2.20 billion in revenue when Dollar Tree Inc. (NASDAQ: DLTR) posts its fiscal first-quarter results Thursday. This month the merger with Family Dollar Stores Inc. (NYSE: FDO) is expected to close, as was announced in April. According to an SEC filing from April, the combined company will have to divest 340 stores, representing about $47.4 million or operating income. The company expects that all or almost all the stores to be divested will be Family Dollar stores.

ALSO READ: The Most Popular Stores in America