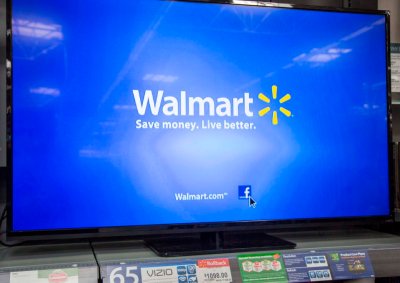 Source: courtesy of Wal-Mart Stores Inc.
A nonprofit organization that investigates false and deceptive advertising practices has taken on the world’s largest retailer, Wal-Mart Stores Inc. (NYSE: WMT), for claiming that some of the products advertised on the store’s website were labeled “Made in the USA” when in fact the items are made in foreign countries. The organization, Truth in Advertising, found more than 100 mislabeled items and sent a letter to Wal-Mart on June 22, stating that it planned to report the labeling issue to the U.S. Federal Trade Commission (FTC) by June 26th unless Wal-Mart confirmed in writing its intention to “remove from [Wal-Mart’s] website and any other marketing materials all false and deceptive USA representations.”

Americans prefer to buy American-made products, according to Truth in Advertising, and are willing to pay a premium of as much as 60% for goods made in the USA. The group found that some product packaging identifies goods as “Made in China” but the website carries a badge claiming that the product is made in the USA.

Truth in Advertising also found products where the website specifications misrepresent the products’ origins, and that some products purportedly made in the USA use only a percentage of USA-made components or that the product is only assembled, not made, in the USA.

For its part, Wal-Mart replied that it believes that “these errors are limited to a small percentage of items and we are confident in the overall integrity of the information on our site.” According to a report in the New York Post, a Wal-Mart spokesman said that labels claiming that a product is made in the USA as well as similar labeling such as “Women’s Economic Empowerment” and “Sustainability Leaders” will also be removed “within a week.”

Wal-Mart has also said that some products that were previously made in China have now moved manufacturing to the United States, and there is still some of the older made-in-China product remaining in inventory. In some cases, the retailer said it used information on product origins supplied by the manufacturer.

It’s incredibly disingenuous for Walmart to be promoting their initiative to stock $250 billion American-made products while at the same time they are in violation of FTC labeling standards for what qualifies as made in the USA.