The Worst Companies To Work For 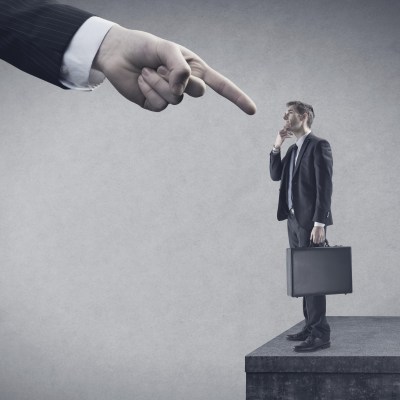 These days, employees can easily share their work experiences online, and employee opinions about companies and managers are all readily available to prospective workers and customers alike. As a result, companies face new risks to their reputations. A company known for its poor work environment and treatment of employees may find the poor image can also curb its reputation with customers, hinder its ability to attract new workers, and even hurt its financial performance.

For the fourth consecutive year, 24/7 Wall St. has identified the nation’s worst companies to work for. 24/7 Wall St. analyzed thousands of employee reviews from jobs and career website Glassdoor, which has compiled data on more than 400,000 companies around the world. The worst company ratings ranged from 2.3 to 2.7 out of 5, significantly lower than the 3.2 average company rating on Glassdoor. These are the 12 U.S. companies with the lowest employee ratings.

Click here to see the worst companies to work for.

Click here to see the best companies to work for.

According to Scott Dobroski, community expert at Glassdoor, the features of a great company to work for are relatively easy to identify. Employees who receive a clearly communicated vision from the company’s leaders, who have opportunities for advancement, and whose work has an impact on the company’s bottom line, are far more likely to rate their employer favorably. “A lower rated company on Glassdoor is exactly the opposite of that typically,” Dobroski said.

One of the most frequent employee complaints was a lack of work-life balance. While working long hours can be miserable, be a characteristic of a miserable job, it can also be a sign of employee satisfaction. If employees “actually like what they’re doing, they’re motivated to work harder and sometimes put in those additional hours, and so that translates into tangible results,” Dobroski said.

Pay is also partially a factor. According to a report from Glassdoor, just 10% of Glassdoor users who reported annual wages higher than $120,000 gave their employers a rating of 1 out of 5 versus 15% of employees earning less than $30,000 annually. However, controlling for a range of other factors, the report found money does not have a very large impact on satisfaction. An employee’s experience with a company’s culture and values are far more important.

In addition, while wages tend to go up over the course of one’s career, more experience at a job is associated with lower employee satisfaction. Glassdoor.com’s research suggested this could be due to the relatively long amount of time necessary to fully learn about a work environment. Or it could be that more experienced workers perhaps become jaded over longer periods of time.

To identify the 12 worst companies to work for, 24/7 Wall St. independently examined employee reviews on Glassdoor — this is not a Glassdoor.com commissioned report. To be considered, a company needed to have a minimum of 1,000 reviews, be currently operating and based in the United States. Employee counts are from the most recent financial documents for each company. For subsidiaries, head counts for the parent company were used.

These are the 12 worst companies to work for.