Amazon Will Win Another Holiday Season Battle, but Will Wal-Mart Win the War? 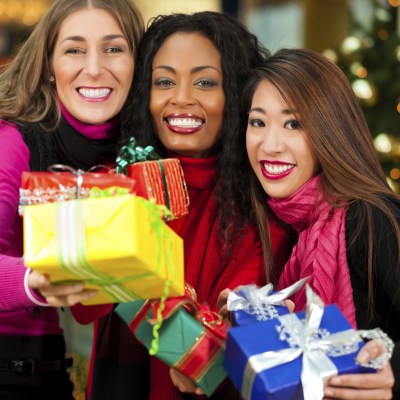 The divergence in market cap between the two retail giants is apparent on any chart in any timeframe since Amazon’s founding, but what we’ve seen since the beginning of 2015 is extreme. Year to date, Amazon is up nearly 100% and Wal-Mart is down 30%. For the first time, Amazon now has a bigger market cap than Wal-Mart, despite being a much smaller company.

Both retailers being seasonal, they earn the largest portion of their incomes in the fourth quarter, during the holiday season, and it is this number that they present to shareholders as evidence of success or failure. FedEx seeing more shipments this season means Amazon looks set to win yet another battle. And gearing up for another round is Wal-Mart, which has now decided that making Amazon-like headlines may be a good strategy.

Trying to capture some Amazonian magic, Wal-Mart announced that it would be seeking to test delivery drones by applying for a permit from the Federal Aviation Administration. When investors think delivery drones, they think Amazon, not Wal-Mart, so it seems this is a PR stunt. Wal-Mart’s e-commerce segment is negligible, accounting for only 0.2% of total sales last quarter, so what would they need drones for other than to seem innovative?

Spokesman Dan Toporek gave one rationalization for it that seems a bit of a stretch. “There is a Wal-Mart within five miles of 70 percent of the U.S. population, which creates some unique and interesting possibilities for serving customers with drones.”

While it’s true that Wal-Mart could theoretically make more efficient use of delivery drones than Amazon, considering Wal-Mart is much more decentralized, it still has to get customers to order online in the first place. That is not proving easy.

Not for lack of trying though. Wal-Mart invested $630 million in e-commerce last year, much more than the $435 million it invested in increasing employee wages — the factor that has been making headlines since its big fall earlier this month. That’s not even counting the $760 million it spent on acquiring Yihaodian, Wal-Mart’s China e-commerce platform.

Despite the rough time Wal-Mart has had this year and Amazon’s euphoric 2015 so far, Wal-Mart shareholders from this point may still have the last laugh. The bottom line is that Wal-Mart consistently makes money, quarter in quarter out, regardless of bad press or drops in its share price. While Amazon’s top-line growth is of course there, which is why its price-to-earnings ratio is a stratospheric 870, its bottom line has been hit or miss since 2012. Amazon also has no dividend, while Wal-Mart’s yield is getting more attractive the farther shares fall.

Amazon may win another battle this holiday season, but at some point investors will remember that Wal-Mart makes a lot more money and pays its shareholders. It may be a while yet, but valuations cannot stay in the stratosphere forever. At some point, they’ve got to at least fall back down to the clouds.