The 10 Best-Paying Cities for Women 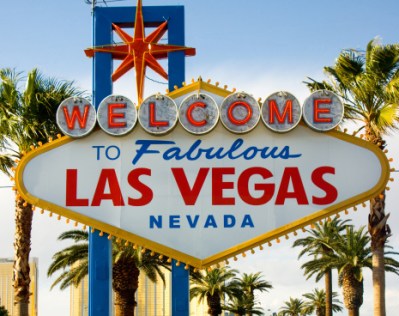 Source: Thinkstock
The wage gap between men and women will not close for 45 years, according to new research from the Institute for Women’s Policy Research. The group found that the wage gap will instead close in 2057, a year later than previously projected, due to slow progress in recent years toward improving equality.

April 9 is Equal Pay Day, a holiday established in 1996 to highlight the earnings discrepancy between men and women in the United States. Across the country, women in full-time, year-round jobs make just 78.8% of what men in comparable positions make, equating to more than $10,000 less a year.

Click here to see the best-paying cities for women

Click here to see the worst-paying cities for women

The gap can be larger or smaller depending on the metropolitan area. Women working full time and year-round in the Provo-Orem, Utah, metro area make just 61.6% of what men make. Conversely, women in the Los Angeles area make 91.4% of what men make. Based on a review of the 100 most populous metropolitan areas, these are the cities with the smallest wage gap between men and women.

That women’s salaries are more in line with men’s in some areas does not necessarily mean that women in those areas are doing well relative to women elsewhere. In fact, the median income for women in eight of the 10 metropolitan areas was less than the national median income for women, which was $37,199. Women earned less than $30,000 in metropolitan areas like McAllen, Texas, and El Paso, Texas, where income inequality was less pronounced.

Many of these areas have a higher concentration of low-wage jobs in sectors such as maintenance and food preparation, which also tend to pay women and men more equitably. “A low-wage gap can just mean shared misery,” said Ariane Hegewisch, a study director for the Institute for Women’s Policy Research.

The gap tends to be more pronounced in higher-wage occupations, especially ones where a sizable portion of pay comes from bonuses and commissions, Hegewisch pointed out. This is because these types of compensation measures tend to be based to a larger extent on subjective factors, allowing for bias to impact a wage decision unnoticed.

Conversely, positions in fields such as information technology tend to have a much lower pay disparity between men and women, since pay tends to come predominantly from base salaries.

24/7 Wall St. identified the metropolitan areas that have the smallest pay disparity between men and women by comparing the median earnings for the past 12 months of both men and women working full-time, year-round in the country’s 100 largest metropolitan statistical areas. We also reviewed employment composition in different sectors and the wages for both men and women in each. All data was from the U.S. Census Bureau for 2011, the most recent period available.

These are the best-paying cities for women.