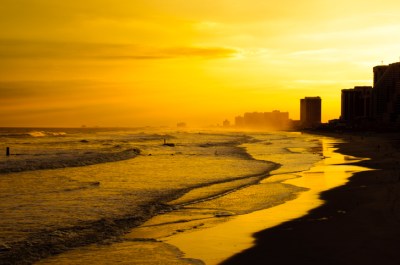 Source: Thinkstock
Summer tourism provides a needed boost for many American cities. For some regions, the influx of visitors and people with summer homes is absolutely vital to the local economy.

In over 25 of the nation’s metropolitan areas, more than a fifth of homes and rental properties are vacant for at least a part of the year. In many cases, this is caused by hard times and weak demand. In some, however, it is because the regional economy is seasonal, and needs to accommodate potentially millions of visitors over the course of a few months. Using U.S. Census Bureau vacancy data, 24/7 Wall St. reviewed metropolitan areas that serve as popular summer destinations, where more than half of property vacancy is due to seasonal use. These are America’s favorite summer towns.

Most of the destinations with high seasonal vacancy are located in the northern part of the country. This is likely because unlike many southern vacation destinations, some of these areas — which include Cape Cod, Mass. and Portland, Maine — largely close down for the winter.

An influx of people during the summer months comes from two sources. The first is tourism. All of the cities on this list have lots of attractions, restaurants, museums, and amusement parks to accommodate short-term visitors. The majority of summer destinations are on the ocean, and all feature some major body of water. Naturally, these places are usually hospitality-based economies. Nationally, 9.4% of the working population is employed in the accommodation or entertainment industry, but in seven of these 10 summer destinations, it is more than 11.5%. In Ocean City, more than 30% of jobs are in these categories.

In addition to tourism, many of these destinations are popular locations for second homes. Places like Ocean City, N.J., Cape Cod, Mass., and Wenatchee, Wash. all have a significant number of summer residents, often primarily people from nearby metropolitan areas. Possibly as a result, the median home price in many of these places tends to be higher than the nation as a whole. The median home price in Cape Cod is more than double the national median.

In some of these communities, seasonal visitors vastly outnumber the year-round population. This means that employment tends to skyrocket in the summer months. In Ocean City, for example, employment jumps from less than 35,000 people in January to more than 50,000 each summer.

In order to identify America’s summer destinations, 24/7 Wall St. reviewed the metropolitan statistical areas with at least 20% of homes and rental properties vacant at some point during the year according to the U.S. Census Bureau. Of these, we identified metro areas where over half this vacancy was the result of seasonal, recreational, or occasional use. In addition, we spoke to local chambers of commerce to identify seasonal destinations where the majority of occasionally-used properties were not intended for the summer months. We also considered home values and the percentage of residents employed in the arts, entertainment, recreation, accommodation, and food services, all from the Census Bureau for 2011. We additionally reviewed monthly changes in nonfarm employment from the Bureau of Labor Statistics.

These are America’s favorite summer towns.