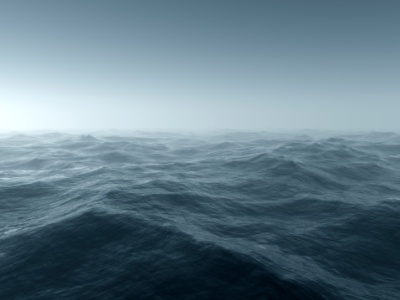 Source: Thinkstock
If climate change goes unchecked, sea levels in the United States could rise as much as 23 feet, affecting 18 million people in hundreds of cities along the nation’s coasts. According to the nonprofit climate research group Climate Central, there is a real chance that some of the largest urban areas could be almost entirely submerged by the rising ocean levels caused by global warming.

Climate Central’s report estimated rising sea levels for thousands of municipalities around the country. In New Orleans, it found that there is at least a 50% chance that water levels will rise five feet by 2030, submerging 90% of the area’s homes and displacing more than 300,000 residents. Based on Climate Central’s data, these are the seven cities at risk of rising seas.

Click here to see what cities are at risk

24/7 Wall St. considered the seven large metropolitan areas in which there is a chance that at least a fifth of all homes could be submerged in the next 40 years. These cities appear to be particularly at risk because they are largely in low-lying areas next to large bodies of war connected to the ocean.

Several of these at-risk areas have neighborhoods located so close to — or even below — sea level that they are protected by flood levees, which can fail in poor conditions. These risks were made apparent in New Orleans during Hurricane Katrina. Stockton, Calif., located in the San Joaquin Valley, is also protected by levees.

The decade when these cities are most at risk varies widely. New Orleans and Metairie in Louisiana could see dramatic effects — with well more than half the residents being displaced — in the next few decades. For other areas — St. Petersburg and Hollywood in Florida or Stockton and Huntington Beach in California — extreme flooding isn’t a real possibility until closer to the end of the century.

In order to identify the cities that are at risk, 24/7 Wall St. reviewed sea level rise estimates provided by Climate Central for the 200 largest cities in the country by population. The report calculates the odds that by a particular decade, waters will at some point reach a certain height based on a combination of rising ocean levels, storm surge, and tides. To make our list, a city had at least a one-in-six chance of at least 20% of housing units threatened by rising waters by 2050. Estimates of current population and housing units at risk are based on 2010 data from the U.S. Census Bureau. Figures in bullets represent the number of homes and population at risk based on 1-in-6 odds according to the study.

These are seven cities at risk of rising seas.

The City With the Fewest Homes For Sale