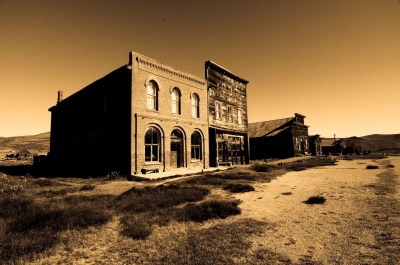 There are several counties in America, each with more than 10,000 homes, which have vacancy rates above 55%. The rate is above 60% in several.

Most people who follow unemployment and the housing crisis would expect high vacancy rates in hard-hit states including Nevada, Florida and Arizona. They were among the fastest growing areas from 2000 to 2010.  Disaster struck once economic growth ended.

Palm Coast, Florida, Las Vegas, Nevada and Cape Coral, Florida were all among the former high fliers. Many large counties which have 20% or higher occupancy rates are in these same regions. Lee County, Florida, Yuma County, Arizona, Mohave County, Arizona, and Osceola, Florida each had a precipitous drop in home prices and increases in vacancy rates as homebuyers disappeared when the economy went south.

Data from states and large metropolitan areas do not tell the story of how much the real estate disaster has turned certain areas in the country into ghost towns. Some of the affected regions are tourist destinations, but much of that traffic has disappeared as the recession has caused people to sell or desert vacation homes and delay trips for leisure. This makes these areas particularly desolate when tourists are not around.

The future of these areas is grim. Our research showed that many have sharply declining tax bases which have caused budget cuts.  Forecasts are calling for the fiscal noose to tighten on them even tighter.

These are the American Ghost Towns Of The 21st Century. Each has a population of more than 10,000 along with vacancy rates of more than 55%, according to the 2010 US Census.

Read on For The American Ghost Towns of The 21st Century

This Is The Oldest House For Sale In America

This Is the State Where People Cannot Pay Mortgages