The Best and Worst Economies in the World 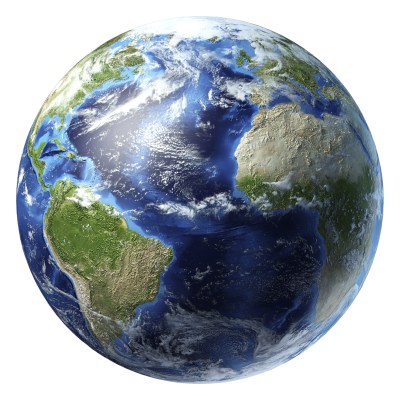 Source: Thinkstock
The global economy is projected to grow by 3.3% this year, considerably slower than in 2014. According to the International Monetary Fund (IMF), growth among advanced economies such as the United States appears to be picking up slightly, while growth in emerging markets and developing economies is slowing.

The World Economic Forum (WEF) Global Competitiveness Report defines competitiveness as the “set of institutions, policies, and factors that determine the level of productivity of a country.” For the WEF, healthy economies promote long-term sustainable growth and provide a high standard of living for residents. In order to assess competitiveness, the WEF classified the 140 nations it surveyed according to three stages of development. The nations surveyed account for 98.3% of the world’s economic output.

Since national economic growth tends to follow common stages of development, the WEF weighted its index to avoid penalizing countries in the earliest stages of growth. In other words, maintaining competitiveness at one stage of development is very different than being competitive in another.

Click here to see the most competitive economies in the world.

Click here to see the least competitive economies in the world.

In the earliest stage, economies are factor driven, which means sustainable growth depends primarily on relatively unskilled labor and natural resources. When productivity and wages grow under this model, a country advances into an efficiency-driven economy in which higher education and product quality become more important for economic health. In the most advanced economies, known as innovation-driven nations, technology and sophisticated production techniques are necessary to maintain competitiveness.

The United States is often unfavorably compared to other developed nations. Critics cite the country’s high incarceration rates, bloated health and education costs, and lower life expectancy. Despite these issues, the United States is one of the most competitive global economies in the world, according to the WEF. While the country is weighed down by factors such as health and the quality of K-12 education, competitiveness in the U.S. is bolstered by the high share of college-educated residents, a high capacity for innovation, availability and adoption of the latest technologies, and by overall economic prosperity. The United States has the second highest GDP per capita in the world.

While GDP per capita is commonly used as a measure of economic success, it frequently fails to capture the true health of an economy. In an email to 24/7 Wall St., experts at the WEF explained that GDP per capita “does not reflect issues that relate to the long-term sustainability of that GDP level. High GDP per capita might be due to conditions that cannot be necessarily maintained in the long-term such as availability of natural resources and high public spending.”

While the WEF did not take geographical proximity into account in its index, geographic conditions nonetheless seem to influence economic development. Several of the most prosperous economies are clustered in northern Europe, while the least competitive nations are far more likely to be in Africa or South America. As experts at the WEF noted, “Economies in the same region often share common history, culture, [and] access to common markets.” The advantages — or disadvantages — of the presence of natural resources or climate also play a major role in the development of national economies.

To identify the most and least competitive nations in the world, 24/7 Wall St. reviewed The Global Competitiveness Report 2015-2016 from the WEF. The report uses an index consisting of 114 measures organized into 12 pillars to assess the economic prosperity, or competitiveness, of 140 countries. All GDP figures, including debt as a percentage of GDP, were provided to the WEF by the International Monetary Fund (IMF). All data, unless otherwise specified, are from the most recent available year.

These are the most (and least) competitive countries in the world.