The 10 Worst States for Women 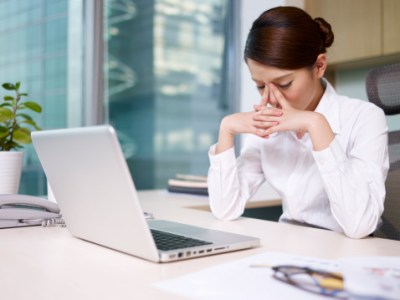 Income inequality is only one of the challenges women face, as is shown in a recent study by the Center for American Progress (CAP). The study, “The State of Women in America: A 50-State Analysis of How Women Are Faring Across the Nation,” examined the challenges facing women throughout the United States by measuring their economic security, prominence in leadership roles and the current status of women’s health issues. 24/7 Wall St. reviewed the states that scored the worst in the country by these measures.

Click here to see which states are the worst for women

“Despite how important women are to our national economy and to their families, women are struggling to achieve economic security for themselves and their families and to balance the competing demands for their time,” the CAP notes in its report. This is certainly the case in the 10 worst states for women. Among these, only Oklahoma and Arkansas were awarded scores better than a “C” for economic security by the CAP. And in all but two of the states, the poverty rate for women and girls falls into the bottom half of all states. Mississippi, Alabama and Louisiana, all among the bottom five, each had one of the country’s five highest poverty rates for women and girls.

Women in these states also were less likely to have leadership roles than in the rest of the country. Only five of the 10 had any female representation in Congress. Many of the states were among the nation’s worst for female representation in state legislatures as well. In most of these states, women were less likely than their male peers to hold a private sector management position. In two of the worst states — South Dakota and Utah — fewer than one in three management jobs were awarded to a woman.

All the nation’s worst states for women also were graded poorly for failing to promote women’s health and healthy families. Among the reasons for this are that none of these states had paid family leave, temporary disability insurance or paid sick leave laws. Women in many of these states were among the most likely in the nation to be uninsured. In Texas, one of the 10 worst states, a nation-high 25% of non-elderly women were uninsured last year.

Relative strength in one measure of how women are faring does not necessarily indicate a good performance elsewhere. For instance, economic security alone does not ensure women will have fair access to leadership roles or the best possible health outcomes. Oklahoma, for example, fared better than most of the country in terms of women’s economic security, but scored dead last for women’s health.

Based on the Center for American Progress report, 24/7 Wall St. reviewed the worst states for women in the nation, as measured by the overall grade each state received. States were ranked according to 36 factors categorized under economic security, leadership roles or women’s and family health. All wage gaps listed were in comparison to white males. All data used were part of CAP’s grading, and at the time the report was written was the most recent data.

These are the 10 worst states for women.