10 States With The Worst Health Coverage 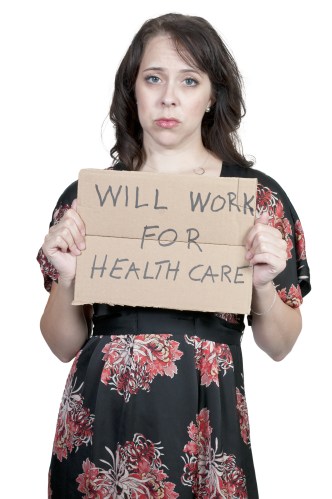 Source: ThinkStock
Last year, just under 15% of the U.S. population did not have health insurance coverage. But as the different stages of the Affordable Care Act roll out over the next few years — and more Americans become insured — this rate is likely to fall.

For now though, health insurance remains out of reach for many Americans. In states like Florida and Alaska, more than one in five residents are without insurance. And an estimated 22.5% of Texans didn’t have health insurance last year. Based on data recently released by the U.S. Census Bureau, 24/7 Wall St. reviewed the 10 states with the lowest rates of health insurance coverage in the U.S in 2012.

People 65 and older are automatically eligible for Medicare. Nationally, 15.5% of the population is covered by this program. Several of the states with lower overall coverage rates have disproportionately fewer residents over 65, and as a result they have lower rates of Medicare coverage.

The opposite is also true. In Florida, where 20.1% of the population is without health insurance, has the the second-highest proportion of residents covered by Medicare.

The other large public health insurance program, Medicaid, covers Americans who cannot afford coverage. Roughly 18% of the population is covered under the program. Many of the states with the lowest health insurance coverage have relatively low median household income and high poverty rates. But, like Medicare, there does not appear to be a strong relationship between high Medicaid coverage and lower overall rates of uninsured residents.

In an interview with 24/7 Wall St., Peter Cunningham, senior fellow at Center for Studying Health System Change, explained that while Medicare and Medicaid can impact a state’s health insurance coverage rate. While Medicaid plays a small roll, “It’s really the variation in the rates of employer-provided private insurance coverage that drives the variation in uninsured rates,” Cunningham said.

Indeed, over 65% of the U.S. population is covered through private health insurance, and the vast majority of that is through employers. All of the 10 states with the lowest overall health insurance coverage rates had among the lowest rates of employer-provided insurance.

Cunningham also explained that states with high uninsurance rates are typically poorer because lower-wage jobs are much less likely to provide health insurance coverage. Cunningham gave the example of Florida. “The economy in Florida is based on tourism. A lot of the service and hospitality sector jobs don’t pay a lot and don’t offer health benefits. It’s a very different economy than states that have much lower uninsured rates.” Florida had the lowest rate of employer-provided health insurance in the country.

Based on the Census Bureau’s 2012 American Community Survey, 24/7 Wall St. reviewed the 10 states with the lowest percentage of the population covered by a health insurance plan. We also reviewed a variety of additional data from the ACS for 2012, including age distribution, poverty, income, and the proportion of residents covered by private insurance, Medicaid and Medicare. We also reviewed 2012 average unemployment rates from the U.S. Bureau of Labor Statistics.

These are the ten states with the worst health coverage.

This State Has the Most Dangerous Roads in America

This Is the Best American City for Runners

This Is the State Where Schools Have the Most Toxic Air