Companies Paying the Most (and Least) Taxes 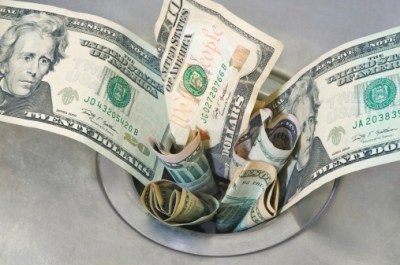 Source: Thinkstock
The U.S. has the highest corporate tax rate in the developed world. After Japan lowered its tax rate last year, the combined federal and average state tax rate of 39.2% in the U.S. was the highest of any nation in the Organization for Economic Co-operation and Development.

Click here to see the companies paying the most in taxes

Click here to see the companies paying the least in taxes

Some mega-corporations pay billions of dollars every year in federal and state taxes. In its most recent fiscal year, Exxon Mobil reported $31 billion in corporate income tax expenses. Some large corporations, on the other hand, paid no taxes at all and even received tax benefits. General Motors, which had annual revenue of more than $150 billion, received a tax benefit of $28.6 billion. 24/7 Wall St. examined the 10 U.S.-based, publicly traded companies with tax expenses of more than $5 billion in their most recently reported fiscal year, and the 10 companies that received a benefit of at least $5 million.

The single biggest factor determining how much a company pays in income taxes is simply the size of its profits. The 10 publicly traded companies that recorded the largest tax expenses had the nation’s 11 highest pre-tax incomes. Exxon Mobil earned more than $78 billion before taxes, or more than $28 billion more than any other company.

The amount companies pay in taxes, however, is not just a product of their sheer size. Certain industries are more likely to face a higher tax expense due to the nature of their business. According to Martin Sullivan, chief economist at Tax Analysts, companies producing oil abroad cannot easily avoid taxes imposed by foreign governments, which often tax oil production at a higher rate than the U.S. As a result, such companies are “sitting ducks for high taxes.” ConocoPhillips faced an effective tax rate of more than 50% of pre-tax earnings in 2012.

Of course, one way to avoid paying any taxes is to simply not make any money. AMR, The Hartford, and General Motors — three of America’s largest companies and among the largest tax benefit recipients — all posted pre-tax losses in their most recent fiscal year. In the case of GM, the carmaker lost nearly $28.7 billion.

Retailers also often face higher taxes than other companies. This, Sullivan added, is due to the fact that “of the major tax benefits in the law … nothing really applies to them.” Even Wal-Mart, with its large global presence, was able to cut its effective tax rate only slightly below the federal corporate income tax rate of 35% through a combination of paying taxes abroad and repatriating international earnings.

When it comes to how much companies pay in taxes, Sullivan told 24/7 Wall St., “by far the major factor that separates the winners from the losers is the ability to shift profit into tax havens.” Retail and oil companies, he noted, often lack the ability to do this. Companies with a great deal of intangible assets, such as software and pharmaceutical companies, fit the bill, he added. Technology companies Microsoft, IBM, and Apple, although among the 10 largest taxpayers, had effective tax rates of just 19%, 24% and 26%, respectively.

These are the companies paying the most and least taxes.