Cities With the Highest (and Lowest) Unemployment 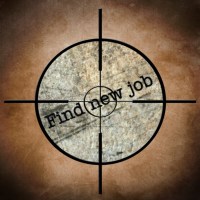 Source: thinkstock.com
Approximately 8.7 million U.S. jobs were lost during the Great Recession between 2007 and 2009. While all those jobs have been recovered, the nation’s unemployment rate remains above the level at the onset of the Recession and the recovery has not been consistent across the nation.

The Great Recession was accompanied by a steep decline in housing prices across the country. According to Martin Kohli, chief regional economist at the BLS, the best job markets weathered the housing crisis relatively well, while the areas with the highest unemployment rates were among the hardest hit when the bubble burst.

What Factors Influence Job Security in Your Profession? in 24/7 Wall St.'s Polls on LockerDome

Many residents in the areas with struggling housing markets are unable to move away because of their home, which can contribute to a higher unemployment rates. According to Kohli, when homes are worth less than than the mortgage, homeowners cannot look for work in other areas because they cannot afford to sell their home.

In addition to resilient housing markets, residents in many of the best job markets are well educated. While 29.6% of American adults had completed at least a bachelor’s degree as of 2013, the rate was higher in a majority of the cities with lowest unemployment rates.

Geographical location was also a distinguishing feature among the best and worst metro area job markets. Many of the areas with the lowest unemployment rates were clustered around the midwest and central United States, sites of the recent oil and gas development. The percentage of the workforce employed in the agricultural, forestry, fishing, and hunting, and mining industry exceeded the national share of 2.0% in 15 of the 25 best job markets.

According to Kohli, while the oil and fracking boom has subsided somewhat, the impact from the growth in the oil industry had a widespread effect. “Many areas in the country saw substantial job growth related to energy exploration,” he said, “and that generated additional demand for hotels and lodging services and a variety of other things in these areas.”

Interestingly, the metro areas with the worst job markets also had disproportionately high percentages of workers employed in the agricultural, forestry, fishing, and hunting, and mining industry. However, while the workers in many of the best job markets were far more likely to work in mining, the workers in some of the worst job markets, especially in inland California, were far more likely to be employed in agricultural positions, Kohli explained.

Fourteen of the 25 metro areas with the highest unemployment rates were located in inland California or Arizona, where there are high concentrations of farm jobs. However, the region’s ongoing severe drought conditions have taken a heavy toll on area economies. Most farming operations require enormous quantities of water, and when drought pervades agricultural output suffers and with it jobs.

To identify the best and worst job markets in the United States, 24/7 Wall St. reviewed the metropolitan statistical areas (MSA) with the highest and lowest unemployment rates as of November 2014 from the Bureau of Labor Statistics (BLS). Labor force changes also came from the BLS. Median household incomes, poverty rates, educational attainment rates, the percentage of households receiving SNAP benefits (food stamps), and the proportions of households earning less than $10,000 and more than $200,000 annually all came from the Census Bureau’s American Community Survey (ACS) and are for 2013, the latest period available. Workforce composition also came from the ACS. Quarterly median home prices since 2004 came from the Federal Housing Finance Agency (FHFA).

These are the cities with the highest (and lowest) unemployment rates.