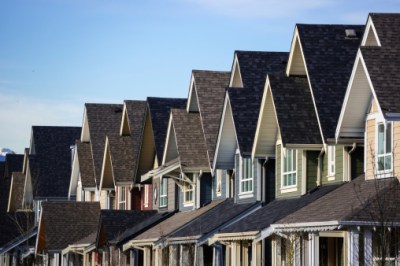 Source: Thinkstock
International homebuyers are attracted to the United States for a number of reasons. These include favorable housing prices, good weather, the country’s relative economic stability and an attraction to America in general. As the housing market improved and home prices rebounded, the interest of foreign buyers in U.S. properties has soared.

Interest in U.S. property increased dramatically in a number of countries between 2009 and 2013. In all, interest in home buying, according to housing market firm RealtyTrac, increased by 95% or more in 10 countries, and at least doubled in nine of these nations. Interest in U.S. property by residents of the United Arab Emirates rose 352%, the most out of any country. Based on subscription data provided by RealtyTrac, these are the 10 countries where interest in buying American homes is on the rise.

Overseas buyers likely see value in the U.S. housing market. In an interview with 24/7 Wall St., Daren Blomquist, vice president of RealtyTrac, said, “The U.S. real estate market is coming off of a rough patch and entering recovery mode. And so international buyers see it as a great time to jump in and catch the U.S. market on the upswing.” According to the Case-Shiller 20-City Composite Home Price Index, the U.S. housing market is just beginning to rebound from its lows set in March 2012.

Another key factor that drives many prospective homebuyers to consider the United States is common language. English-speaking countries accounted for 68% of international residents looking for homes in the U.S. Much of this interest came from U.S. neighbor Canada, which alone accounted for 45% of all international interest. The United Kingdom and Australia also each accounted for more than 10% of all interest, ranking second and third among all countries, respectively.

However, language does not explain the increased interest from countries such as the UAE and China, Blomquist noted. Additionally, much of the growth in foreign interest has come from European nations, including Switzerland and France. Six of the countries with the largest percentage increases in property seekers are located in Europe.

Another likely important factor in driving international interest in U.S. homeownership may be America’s reputation as a relative safe haven for investors. For many buyers, Blomquist noted, the U.S. represents “the most stable country out there.”

Concerns about the financial systems in Italy and China may contribute to demand for U.S. homes from those countries as well. Worries in China, Sweden, Canada, Switzerland and the U.K. about the local housing market may also be driving U.S. investment.

To determine the 10 countries where the interest in buying American homes is on the rise, 24/7 Wall St. reviewed subscriber data from RealtyTrac. We also reviewed figures on real (inflation-adjusted) GDP growth, population and other macroeconomic factors from the International Monetary Fund’s (IMF) World Economic Outlook. Figures on the number of ultra high net worth individuals, defined as people worth $25 million or more, are from Wealth-X.

These are the countries racing to buy American homes.

Utah Is the State Where the Most New Houses Are Built

The Top City for First-Time Homebuyers Is Portsmouth