America's Most (and Least) Healthy Cities 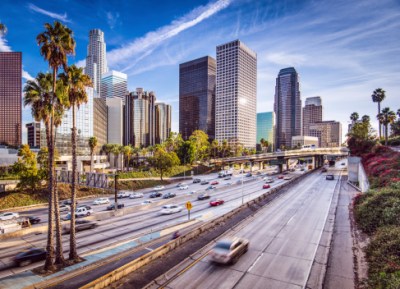 Source: Thinkstock
There’s no doubt that great strides have been made in Americans’ health over the years. Americans smoke less, are more likely to be insured and live longer. However, significant health disparities remain across the nation, influenced by individual choices, the community and clinical care.

To determine the well-being of Americans, Gallup-Healthways surveyed hundreds of thousands of Americans in 189 metropolitan areas in the United States in 2012 and 2013. The survey recorded the physical and emotional health of the residents, as well as measuring job satisfaction and access to basic needs. The resulting Gallup-Healthways Well-Being Index allows for comparisons between places and over time.

Not surprisingly, the physical health of residents was influenced by their habits. While less than 20% of Americans surveyed were smokers, more than 34% of Charleston, W.Va., residents smoked, the most in the nation. Residents also reported among the highest rates of obesity in the country.

In America’s healthier areas, on the other hand, smoking rates tended to be much lower. San Jose had the second lowest smoking rate, with just around 11% of respondents reporting a smoking habit. Obesity rates in the areas were among the lowest.

According to Dan Witters, research director for the Gallup-Healthways Well-Being Index, there is a clear relationship between poor physical health outcomes, such as obesity, and many of these habits. “When you’re talking about obesity, the big three are healthy eating, exercise, and smoking.”

Having access to basic needs, such as medical care, medicines, food and shelter, also appeared to play a major role in determining the physical well-being of residents. Witters explained that “providing people with a safe place to exercise” obviously plays a role in regional obesity rates. Additionally, having a personal doctor “increases the probability that they’ll have a trusted professional advising them about their healthy habits.”

In addition to having access to basic needs, a healthy state of mind made a difference in the physical health of many area-residents. In fact, half of the metro areas with the best physical health index scores were also among the least likely to report recent bouts of depression. Emotional states such as anger, stress and sadness became much less common in areas with high physical health scores as well.

Survey participants who were “clinically diagnosed with depression had a significantly elevated probability of carrying around obesity,” Witters said, as well as a variety of other chronic conditions.

Poverty and financial instability can make it very difficult to stay healthy. All but one of the 10 healthiest metro areas had poverty rates considerably lower than the national rate in 2012. Seven of the least healthy metro areas, on the other hand, had poverty rates exceeding the national rate. While access to healthy food has an impact on good nutrition, Witters pointed out that poverty played a greater role.

Many components of staying healthy are learned. If people are poorly educated, they are less likely to know how best to care for themselves. Nine of the least healthy metro areas had college education attainment rates below the national rate. Residents of eight of the healthiest regions, conversely, were considerably more likely to have attained a bachelor’s degree than Americans as a whole.

To identify the best and worst cities for physical health, 24/7 Wall St. reviewed the metropolitan areas with the best and worst scores on the Physical Health Index, part of the Gallup-Healthways Well-Being Index. The Gallup-Healthways Well-Being Index assessed 189 metropolitan statistical areas. The Physical Health Index is one of five subindices included in the groups’ overall score. The index measures physical well-being for the United States, states, metropolitan areas and occupations, based on answers to a variety of questions. In addition to these figures, we also considered income, poverty and educational attainment data from the U.S. Census Bureau, all from 2012.

These are America’s most (and least) healthy cities

The Country With the Most COVID-19 Cases in History

Heart Disease Is The Biggest Killer In US