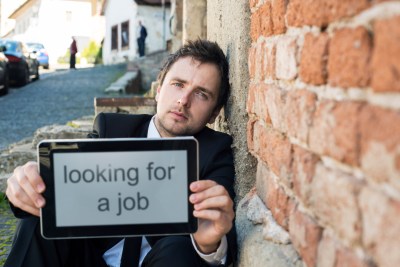 Source: Thinkstock
As the United States recovers jobs lost during the recession, young Americans are still experiencing a much longer decline in their employment prospects. Between 2000 and 2012, job opportunities for young adults have become increasingly scarce. According to a study by the Brookings Institution, the employment level among Americans 20 to 24 years old dropped by 5.5 percentage points between 2000 and 2012, while the employment level for adults over the age of 25 dropped by only 1.3 percentage points over that time.

Martha Ross, a fellow at the Brookings Institution’s Metropolitan Policy Program, explained why employment levels among young adults can to be lower in areas with very high income levels. “Young adults from more affluent or comfortable families may be looking at unpaid internships or community service projects, or education enrichment projects,” Ross said.

Areas with low young adult employment typically had high concentrations of 20 to 24 year-olds that did not have college degrees. Six of the 10 major metro areas with the lowest youth employment rates were also among the 10 cities with the lowest percentage of young residents with a bachelor’s degree. In the McAllen and Modesto metro areas, for instance, only 4.2% and 2.7% of the population aged 18 to 24 had at least bachelor’s degree, among the lowest rates in the country.

To determine the 10 cities with the lowest employment rate among adults 20 to 24 years old, 24/7 Wall St. reviewed data from the Brookings Institution. Brookings studied youth employment in the 100 largest metro areas in the nation by population and gathered data from the monthly Current Population Surveys between the years 2000 and 2012, which is compiled by the U.S. Census Bureau and the U.S. Department of Labor’s Bureau of Labor Statistics. 24/7 Wall St. examined data on median household income and educational attainment from the most recent Census Bureau’s’ American Community Survey. We also reviewed overall unemployment rates by metro area from 2012 from the Bureau of Labor Statistics.

These are the cities where young people can’t find work.