Nine Companies With the Most Unusual Origins 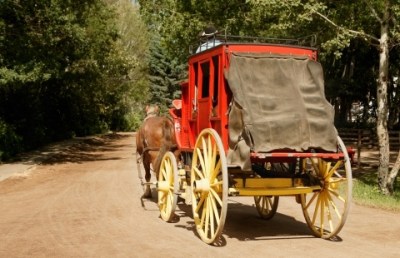 Source: Wikimedia Commons
Some of America’s most well-known companies went through big changes before becoming the dominant corporations they are today. The origin of one of today’s most famous beauty products company is door-to-door book distribution. A semiconductor manufacturer first produced devices for oil exploration. But no matter their origins, all these companies grew to become Fortune 500 companies.

Many of the companies with unusual origins evolved to keep up with technological and cultural developments. One of America’s oldest companies, DuPont, was founded in 1802, when it specialized in explosives. Wells Fargo, now a large banking and financial firm, started in 1852 when it was known primarily for its express mailing service memorialized in its iconic stagecoach.

Click here to see the companies with the most unusual origins

Often, the difference between a company’s original product and its current offerings is less dramatic than it seems. While Texas Instruments was originally part of the oil industry, its involvement was technological — it produced and offered oil exploration companies a reflection seismograph. Food and health care services are also considerably different from one another. Cardinal Health, however, did not alter its primary function as a wholesale distributor.

To identify the companies with the most unusual origins, 24/7 Wall St. reviewed the corporate history of the 2013 Fortune 500. Financial data is based on company filings.

These are the nine companies with the most unusual origins.