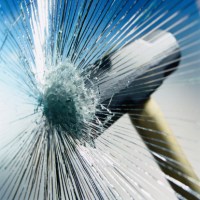 Source: Thinkstock
Some brands have stellar reputations as a result of innovation, well thought-out marketing strategies and good public relations from the companies behind them. On the other hand, weak or defective products, scandals and public company gaffes can damage a brand’s reputation — in some cases for years. Based on 24/7 Wall St.’s assessment of the nation’s largest companies and most high-profile brands, these are America’s nine most damaged brands.

The greatest damage often comes when companies fail to protect consumers. This is the case with General Motors Co. (NYSE: GM), which may have knowingly sold cars with defective parts. Target Corp. (NYSE: TGT), too, failed to properly secure consumer data and a recent breach compromised the personal information of tens of millions of customers. The incident led CEO Gregg Steinhafel to resign from his job.

Other companies’ reputations suffered after they lost the faith of their customers. Frontier Airlines used to have a strong reputation among fliers for its low fares. Recently, however, it angered consumers after it announced plans to charge fliers for their overhead carry-on luggage and other amenities. Similarly, Nintendo disappointed gamers with the most recent Wii U launch. This led to poor sales and difficulty in attracting leading game developers.

To identify the most damaged brands, 24/7 Wall St. reviewed large, publicly traded companies, as well as major brands, active in the United States. These businesses and their brands had to be among the largest brands in the world or command a large amount of media attention in their industry. Brands made the list if they heavily promoted a product or service without success and lost considerable market share, or if they became entangled in a corporate or personal scandal and suffered from significant negative attention from customers, investors and the media.

These are the nine most damaged brands.