The States With The Strongest and Weakest Unions 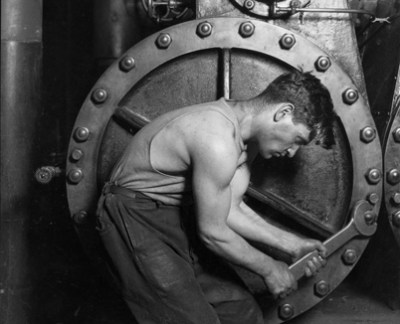 The size of American labor unions has fallen sharply in the last decade. Much of this has to do with the erosion of the US manufacturing base. The single best example of this is the decline of The Big Three automakers which ended with the bankruptcies of GM and Chrysler. The UAW gave up tens of thousands of well-paid  jobs in exchange for stock in the car companies among other things. The faltering automotive industry affected car parts suppliers, many of which were unionized, and thousands of jobs were lost at these companies as well.

The huge hole in the receipts of federal, state, and municipal governments brought on by the recession is likely to cause a sharp decline in the membership of public sector unions. The battle for organized labor strength has already begun in Wisconsin and Idaho and will be part of the debate in most state legislatures over the next few weeks. Governments seek several concessions, the most drastic of which may be the abolition of collective bargaining rights. It is impossible to make a case that states and cities which are running large deficits will not cut jobs. The Republican majority in many state legislatures and governors’ offices makes this more likely as recently elected candidates make good on promises to cut spending.

The state and municipal finance problem is made worse by underfunded pensions with deficits that range into the tens of billions of dollars. States and cities also face challenges as they attempt to raise money from skeptical capital markets which may drive municipal bond yields to unaffordable levels, further burdening local government balance sheets. There have been discussions in Congress about whether states have the right to go bankrupt. This seems to have only a remote chance of occurring, but it would irreparably damage the fate of public union members if it did. States may become effectively insolvent without a bankruptcy filing which will give local governments additional power to cut union workers and benefit plans.

The one conclusion that could fairly be drawn from 24/7 Wall St.’s Ten States With The Strongest And Weakest Unions is that public unions will face over the next two or three years the kind of erosion that private unions did in the last decade. According to the Bureau of Labor Statistics, the percentage of public sector workers who are union members was 37.5% a decade ago and is more than 36.2% today. Local governments with low tax receipts will not be able to support current payrolls and benefits. The public worker unions will have to go to war to defend employee levels and health and pension benefits. The will of voters and legislators make it likely that the unions will lose a great deal of ground and lose it quickly.

The portion of the work population who are members of unions will continue to decline, if current events are any indication.

Read on for The Ten States With the Weakest Unions