The 10 Most Affordable Housing Markets in America 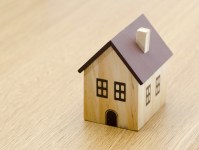 Buying a home is likely the largest purchase most Americans will ever make. But while in some areas homeowners are more easily able to afford to buy, in others they need to spend much more of their income on their house. A home’s affordability varies considerably depending largely on where the buyer lives, but also on a variety of other factors.

Real estate tracking firm RealtyTrac calculated income-to-price affordability ratios for 2,270 counties across the U.S.. The affordability rate is the percentage of the area’s estimated median household income that is needed to make monthly payments on a median-priced residential property in that area. A higher ratio means the affordability is lower, and vice versa. Based on RealtyTrac’s data, Chattooga County Georgia residents have the most affordable houses in the nation.

The majority of the most affordable markets have become more affordable over the past decade. Current affordability rates in all of the 10 most affordable counties are substantially lower than historical figures. For instance, in Hardee County, Florida, households have had to earn at least 13.1% of the median income in the last 15 years to cover the costs of homeownership, which include mortgage payments, homeowner’s insurance and property taxes. As of May, just 7.2% of Hardee County’s median income was required to cover the same costs.

In general, residents of these counties are poor. All 10 of the most affordable housing markets are in areas where the typical household earned less than the national median, including four areas in which the median income was less than $40,000. Notably, Lake County, Tennessee and Lamar County, Georgia had among the lowest median annual incomes in the nation between 2008 and 2012.

Of course, one of the major reasons these markets remain so affordable is simply home prices. As last year, the average price of a home in half of the most affordable counties on this list with available data was less than $50,000 — far less than in most markets. Residential properties in Lake County, Tennessee and Edgecombe, North Carolina cost just over $36,000 on average, by far the lowest average price and a considerable decrease from previous years.

Low demand is also a prominent feature of these areas. Michigan, and in some cases the greater rust belt area, typically share in a very low affordability rate. According to Daren Blomquist, vice president of RealtyTrac, not only was “the correction in [Michigan’s] home prices unparalleled,” but also the “struggling population began to move out.”

Both geographical and policy limitations can affect a region’s affordability. In a majority of the most affordable housing markets, there are very few geographical limitations. Additionally, in these “areas you just have less constraints on growth and on building so you have an unconstrained supply,” explained Blomquist.

To identify America’s most affordable housing markets, 24/7 Wall St. reviewed affordability rates by county calculated by RealtyTrac for May 2014. The affordability rate is the percentage of the county’s estimated median household income needed to make monthly payments — on mortgages, property taxes, and homeowner’s insurance — on a median-priced residential property. RealtyTrac figures also assume that homebuyers take a fixed 30-year mortgage at prevailing rates with a 20% down payment. The property taxes are calculated at 1.4% of the home price. These calculations use a 2014 median income estimate.

RealtyTrac calculated the affordability rate each month from January 2000 to May 2014. We excluded counties where the recorded affordability ratio for May significantly diverged from preceding months. RealtyTrac also provided historical averages, as well as annual peak and trough values of the affordability ratios at the county level. Figures on median household income are five-year estimates from the Census Bureau’s 2012 American Community Survey. Gross Metropolitan Product (GMP) figures are from the Bureau of Economic Analysis and are 2012 estimates.

These are the 10 most affordable housing markets in America.