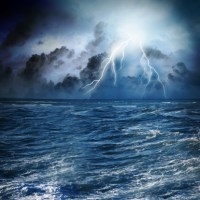 To be truly hated, a company must alienate a large number of people. It may irritate consumers with bad customer service, upset employees by paying low wages, and disappoint Wall Street with underwhelming returns. For a small number of companies, such failures are intertwined. These companies managed to antagonize more than just one group and have become widely disliked.

The most hated companies have millions of customers. With such a large customer base, it is critical to keep employees happy in order to promote high-quality customer service. Poor job satisfaction among employees can lead to unsatisfied customers. McDonald’s and Walmart have risked alienating workers, and therefore also customers, by not adequately addressing protests against their employees’ low wages. While pay may be low enough to put some workers below the poverty line, executives at these companies often make millions. The total compensation of McDonald’s CEO Donald Thompson, for example, was nearly $9.5 million in 2013 and nearly $13.8 million in 2012.

Layoffs, or even the prospect of layoffs, can also contribute to low employee morale. Sprint announced it would cut 2,000 jobs late last year. Workers at Comcast can reasonably expect layoffs should its planned merger with Time Warner Cable receives government approval.

Many of the most hated companies angered the public because of quality issues with their products.. Comcast has long been one of the worst companies in America in terms of customer service and satisfaction. Another example is the General Motors recall scandal. GM announced a recall in early 2014 due to faulty ignition switches in a number of its cars, now believed to have cost 42 people their lives. The company’s problems were compounded by the realization that it had known about the defect for over a decade.

Why Would You Hate A Company? in Josh Aronson's Hangs on LockerDome

Nothing harms the long-term reputation of a company in the eyes of investors more than a steep drop in its share price. In the past 12 months, shares of Sprint have fallen by more than 50%, as hopes for a tie-up with rival T-Mobile were dashed while the company had little success in retaining customers.

It is worth noting that some of the companies on the list may have performed very poorly by some measures but relatively well by others. A few of the most hated companies have had good stock performances. Others have relatively satisfied customers. All of these factors were taken into account in compiling the final list.

Several companies from last year list have improved their public perceptions enough to be removed from this year’s list. For example, J.C. Penney is in the midst of a modest turnaround. Abercrombie & Fitch’s controversial long-time CEO Michael Jeffries resigned last December. However, the retailer still has problems attracting teenage customers.

To identify the most hated companies in America, 24/7 Wall St. reviewed a variety of metrics on customer service, employee satisfaction, and share price performance. We considered consumer surveys from a number of sources, including the American Customer Satisfaction Index (ACSI) and Zogby Analytics. We also included employee satisfaction based on worker opinion scores recorded by Glassdoor.com. Finally, we reviewed management decisions and company policies that hurt a company’s public perception.

These are America’s most hated companies.