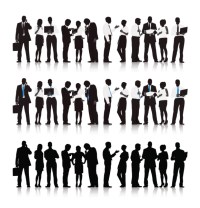 Goldman Sachs has the worst reputation of any major American company. Upstate New York-based grocery chain Wegmans is the most highly-regarded company. Also notably, Samsung surpassed Apple this year as the technology company with the best reputation, and Amazon.com moved to second overall after occupying the top spot in the previous two years.

The Harris Poll Reputation Quotient, measures public opinion of the nation’s most recognizable companies. Respondents were asked to rate companies based on six components: emotional appeal, products and services, vision and leadership, workplace environment, social responsibility, and financial performance. These are the companies with the best (and worst) reputations.

Click here to see the companies with the best reputations.

Click here to see the companies with the worst reputations.

A company’s public image often reflects that of its industry. “Industries do certainly have their own reputations,” explained Aneysha Pearce, vice president of consulting reputation management and public affairs at Nielsen. Pearce added that the public image of an industry can affect a specific company’s reputation, either positively or negatively.

This is likely one reason many of the companies with the worst reputations are in the financial services sector, including Bank of America, AIG, and Goldman Sachs. These banks, which many blame for directly contributing to the financial crisis, are still struggling to regain the public’s trust. The financial sector received a score of 35 out of 100. Any score below 50 is considered a “critical” reputation.

On the other end of the spectrum, technology companies make up what is by far the best-performing sector in this study. On average, companies in this industry scored 77 overall — considered “very good.” By comparison, the next-highest industry — travel and tourism — scored 62.

One reason technology companies perform so well, while oil, financial services, and healthcare companies do not, may have to do with how we use their products. “The products and services provided by these companies often make your life easier, are fun and essential to our productivity, and in many ways create positive experiences for consumers,” according to Pearce. Government, energy and financial services companies, on the other hand, offer relatively mundane products and services.

While industry reputation is a factor, a company’s reputation can still be traced to its practices. Companies with terrible reputations such as Koch Industries, Monsanto, and Dish Network are hated in large part for behaviors many consider reprehensible. Whether its gross environmental violations, perceived corruption, or consistently abysmal customer service, these companies have earned their poor reputations.

Meanwhile, some companies have been able to transcend their industry’s middling reputation. Amazon.com, for example, scored second overall, beating the retail industry average by well over 20 points. According to Harris Poll, the company’s success was “driven by breadth and quality of products, customer centricity and public trust.”

To determine America’s most and least reputable companies, 24/7 Wall St. reviewed reputation scores among the nation’s 100 most recognizable companies from the 2015 Harris Poll Reputation Quotient (RQ), produced by Harris Interactive, a subsidiary of Nielsen. The study consists of two parts: a nominations stage in which consumers identify the nation’s most visible companies, followed by a ratings stage in which each company’s reputation is measured on a scale of 0-100. In addition, we considered company consumer satisfaction scores from the American Customer Satisfaction Index (ACSI), customer service ratings based on a 24/7 Wall St.-commissioned Zogby Analytics poll, and company information and financial performance from SEC filings.

These are the companies with the best (and worst) reputations.