Cities Where Crime Is Soaring 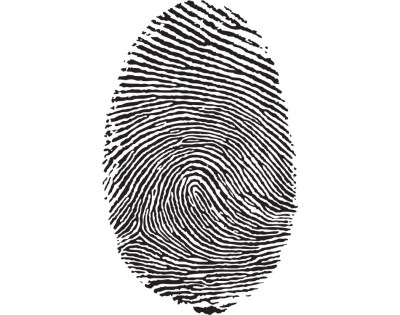 While the prevalence of violent crime — which includes murder, rape, robbery, and aggravated assault — has declined in many of the nation’s metropolitan areas, in some regions it has increased. In Bismarck, North Dakota, the violent crime rate grew by nearly 92.4% — from 206.6 cases per 100,000 people in 2009 to 397.6 in 2013. Based on figures published by the Federal Bureau of Investigation (FBI), these are the metropolitan areas with the greatest increases in the violent crime rate.

Click here to see the cities where crime is soaring

Click here to see the cities where crime is plummeting

It remains difficult to precisely determine the crime levels in particular areas. And the exact relationship between crime and the economy is similarly unclear. The relationship is complex and it can go both ways, said John Roman, senior fellow at the Urban Institute. “When the economy is bad, people typically stay home more, and because they’re home, their house is less likely to be burgled.” It is also possible that “when the economy gets better and people have more money and are out-and-about more, you increase the targets of violence.”

In some of the metro areas where violent crime rose the most, the economy has been especially strong. For example, in Bismarck, North Dakota, the economy grew as a result of the regional oil boom. Two other metro areas, Columbus, Indiana, and Sioux Falls, South Dakota, have also experienced strong growth in recent years. All three metro areas had unemployment rates far below the national rate of 7.4% in 2013.

However, in other areas with rising violent crime rates several economic factors were quite poor. In four of the 10 metro areas, for example, more than 8% of workers were unemployed in 2013, well above the national rate. The 2013 median household income was also less than the national figure of $52,250 in four of the cities where crime has been soaring.

One of the hidden factors that could be driving up crime rates in areas with thriving economies may be shifting local demographics, Roman explained. “The biggest predictor of committing a criminal act is being young, male, and relatively low-skilled. In boom towns, you often get a bunch of young men with low skill who come in to fill construction and energy jobs.” As a result, it is not organized criminals driving up crime rates as much as it is likely younger men struggling to find work, Roman said.

Generally, aggravated assault was the most reported violent crime in 2013, accounting for more than 62% of overall incidents. This was especially the case in many of the areas that led the nation with soaring violent crime rates. While the number of aggravated assaults fell across the nation between 2009 and 2013, all of these areas had a dramatic increase in the assault rate.

Aside from changing demographics, another factor that may affect crime statistics may be the area’s reporting trends. According to Roman, if police signal they are cracking down on crimes such as domestic violence, they may be able to encourage more people to report a crime. Policing strategies are among the most important factors, according to Roman. Police departments need to be “working with the community and not just policing it.” This means implementing policies that work towards a “less segregated and more integrated [community] with more opportunities for more people.”

Based on figures published by the FBI’s Uniform Crime Report, 24/7 Wall St. identified the 10 metropolitan statistical areas where crime rates rose the most between 2009 and 2013. In order to be considered, areas had to retain the same geographic boundaries during the period covered, and they had to retain consistent reporting practices. We reviewed annual unemployment figures from the Bureau of Labor Statistics (BLS) for 2009 and 2013. We also considered data from the Census Bureau’s 2013 American Community Survey on household income, educational attainment rates, and poverty.

These are the 10 U.S. cities where violent crime is soaring.