The Richest County in Each State 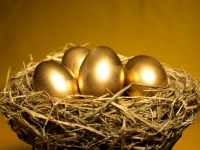 In his recent State of the Union address, president Barack Obama asked, “will we accept an economy where only a few of us do spectacularly well? Or will we commit ourselves to an economy that generates rising incomes and chances for everyone who makes the effort?”

Wealth in the United States is not equally distributed — not across states, and not within states. Based on data from the Census Bureau’s American Community Survey, 24/7 Wall St. reviewed the richest county in each state.

Residents in the richest county in each state tended to earn more than most Americans. While the income gap between the richest and poorest counties was modest in some states, the gap was quite large in a majority of states. Households in Loudoun County, Virginia, for example, earned $122,238 annually, the highest of any county nationwide, and $94,122 more than the median income in Martinsville County, Virginia’s poorest area.

Click here to see the richest county in each state

Click here to see the poorest county in each state

The nation’s poorest counties tend to be either predominantly rural or urban. The wealthiest counties, on the other hand, are often suburban areas, located just outside a major metropolis. The wealthiest counties in New Jersey, New York, Virginia, and West Virginia, for example, are within commuting distance to New York City and Washington, D.C. The high concentrations of businesses in these cities likely provide higher-paying job opportunities.

As in most wealthy areas, residents of these counties tended to be well educated. In all but seven of the wealthiest counties in each state the college attainment rates were greater than the national rate of 28.8%. In Los Alamos County, New Mexico, nearly 64% of adults had attained at least a bachelor’s degree over the five years through 2013, the highest rate reviewed.

Similarly, nearly all of these counties had healthy job markets. Only three of the wealthiest counties in each state had an unemployment rate higher than the national rate of 7.4% in 2013.

The high incomes in these areas also often revealed extreme income inequality. Only five of the 50 counties reviewed had median annual incomes that were less than $10,000 greater than the comparable state figures. In addition, household incomes in most of these areas were more than double the comparable income in the states’ poorest counties. In eight of the states’ wealthiest counties, the median income was more than three times that of the poorest county in the state.

To identify the richest county in each state, 24/7 Wall St. reviewed five-year estimated median annual household incomes from 2009 through 2013 from the U.S. Census Bureau’s American Community Survey (ACS). Other areas like parishes or boroughs, which the Census treats the same as counties, were also reviewed. In order to be considered, counties had to have a population of at least 10,000 people. Five-year estimated educational attainment, poverty, health coverage and homeownership rates also came from the Census Bureau. Annual unemployment rates are for 2013 and came from the Bureau of Labor Statistics.

These are the richest counties in each state.