With more than 5,000 hotels in close to 100 countries, InterContinental Hotels Group is one of the world’s largest hotel companies. InterContinental is behind such hotel brands as Holiday Inn, Staybridge Suites, and Candlewood Suites, and it employs an estimated 350,000 people.

Employees submitting reviews regularly praise the company for its competitive pay, great work environment, and policies that ensure work-life balance. IHG offers paid vacation, which some employees cite as being flexible and easy to schedule on short notice. Employees also receive discounted rates for friends and family at IHG hotels around the world. 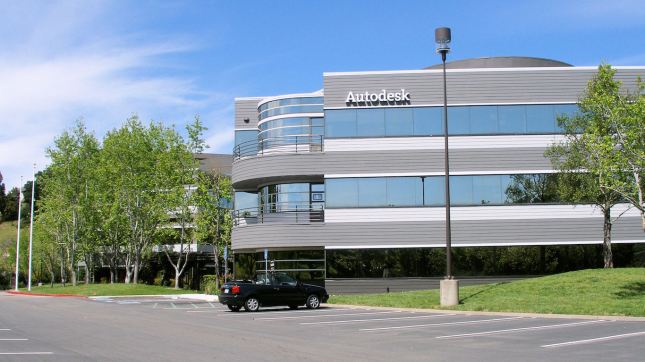 Autodesk is a software company specializing in 3D design, engineering, and entertainment software. The company began in 1982 with the release of its flagship product, AutoCAD, which became the become the standard software used by architects and engineers.

The company offers its workforce a number of unique benefits. Autodesk employees are given a six-week paid sabbatical every four years and travel to places such as Paris, Thailand, Hawaii, and Rome. Employees are also eligible to accrue “Autobucks” as rewards for a special effort. Autobucks can be awarded in cash or non-cash items such as dinners, theater tickets, or trips. Autodesk also offers adoption assistance, and will reimburse employees up to $5,000 per child.

Based on more than 1,300 reviews, a job at Electronic Arts is one of the best is in the country. The company culture appears to cater to fun-loving personalities. One in one positive review, an employee cited the perks of the job, which include ski trips to Vermont and company parties at high-end venues such as the Waldorf Astoria and MoMA.

While the company has its perks, salaries are not especially high at Electronic Arts. A software engineer at EA can expect to make roughly $92,000 a year, slightly less than the average $95,000 salary for a similar position across the industry.

Other than Nike, J. Crew is the only retailer among the best companies to work for. Employees commonly cite a positive work environment and a generous employee discount as major benefits of working at the company. According to employee reviews, workers can purchase J. Crew merchandise for up to 50% off retail value and buy slow-selling items for even less.

One reason for J. Crew’s ranking above nearly all retailers may be the company’s flexibility about time off. Employees cite flexible hours as one of the primary benefits to working at J. Crew.

ALSO READ: The Most (and Least) Valuable States

Medtronic employees commonly cite a positive work environment, good health care benefits, and the ability to achieve a work-life balance as major advantages of working at the company. Medtronic offers reimbursements for life expenses such as college tuition, child adoption, and child support.

In January 2015, Medtronic completed its acquisition of medical device maker Covidien. The resultant company is the largest medical device manufacturer in the world. Some employees reviewing the company have complained about bureaucratic inefficiencies within the company, and the merger may not help matters.