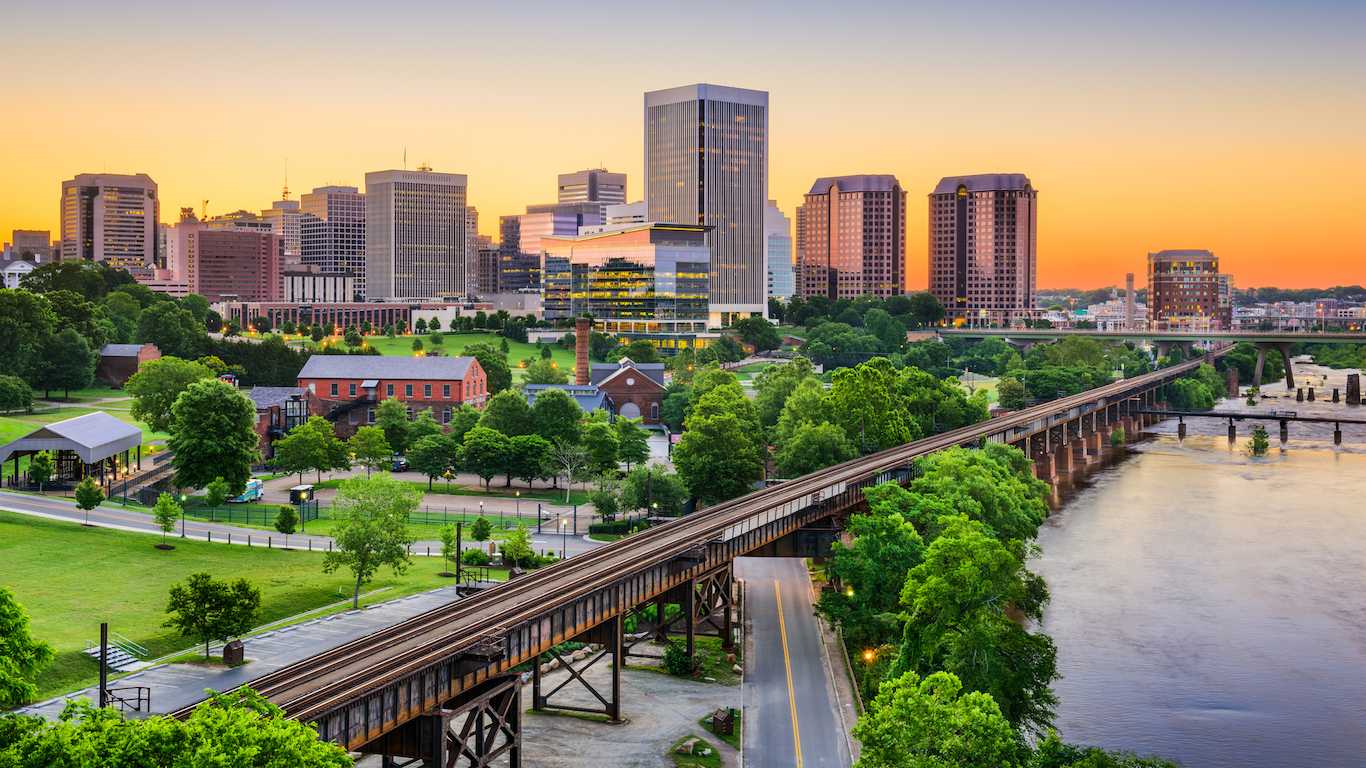 As the largest state by population on this list, the total number of murders reported in Virginia of 383 is one of the highest of any state. Adjusted for population, Virginia’s murder and nonnegligent manslaughter rate of 4.6 per 100,000 people is just under the national rate of 4.9 murders per 100,000 people. The state’s violent crime rate, which includes murder, declined by 1.4% last year and remains one of the nation’s lowest. Meanwhile, the nation’s violent crime rate rose by 3.0% in 2015.

While Norfolk, Richmond, and Newport News each reported above average rates of violence, Chesapeake, Hampton, Alexandria, and Virginia Beach each reported violent crime rates lower than the national average.

Aggravated assaults, which make up the vast majority of violent crimes reported across the nation, are very rare in Maine — one of the nation’s most rural states. Despite increasing by 3.7%, fewer than 70 such incidents were reported for every 100,000 Maine residents, the lowest rate of any state and in stark contrast to the national aggravated assault rate of 238 incidents per 100,000 Americans.

On the whole, Mainers are not poor, but they are also not especially wealthy. The typical household in the state earns $51,494 a year versus the national median of $55,775 a year.

Vermont is the safest state in the nation, reporting just 118 violent crimes per 100,000 state residents. Due to the state’s low population of just 626,042, the total number of murders, at 10, and the total number of violent crimes, at 739, are each also the lowest of any state in the country. However, violence rose substantially in Vermont last year. The state’s violent crime rate rose by 15.1%, third most compared with other states. While the robbery rate, which is included in the violent crime rate, remains nearly the lowest in the country, it rose by a staggering 40.4% last year.