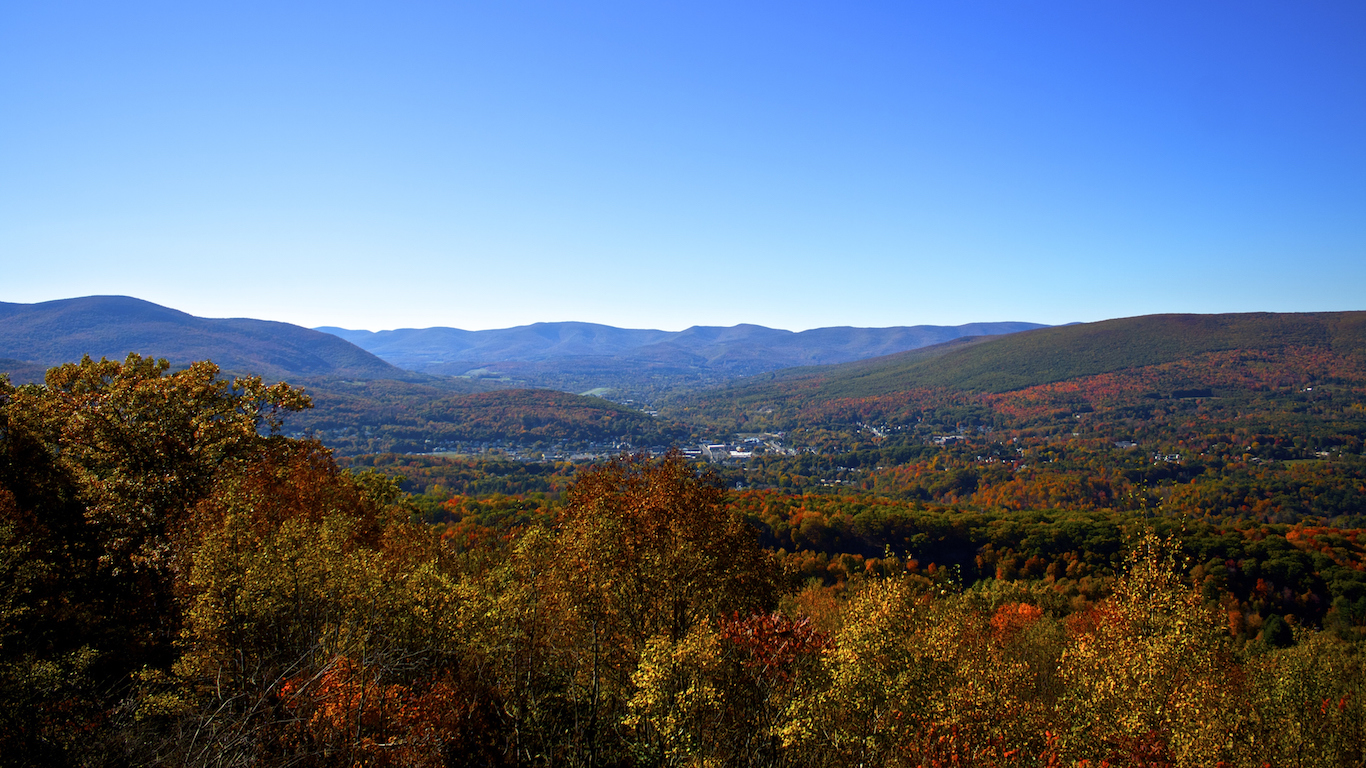 Massachusetts is, on the whole, one of the more affluent states in the country, with a median household income of $68,563 annually.And while the typical household in North Adams, the state’s poorest town, earns far less, at $38,490 a year, it still follows the general rule that the poorest town in a wealthy state still tends to fare better than those in poor states. North Adams’ poverty rate, while at 18.5% still above the national 15.5% rate, does not come close to the poverty rates in excess of 40% seen in many of the towns on this list. 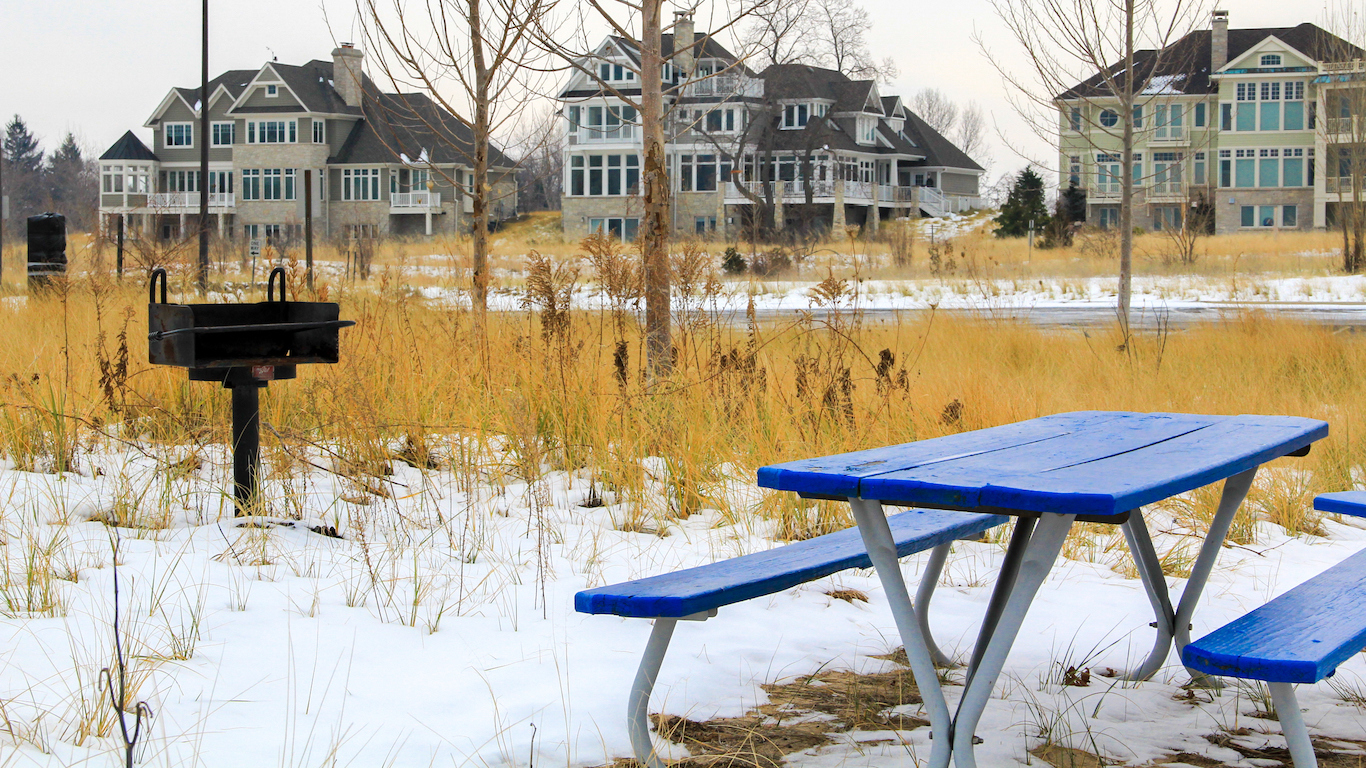 While Benton Harbor was once a major manufacturing center with a population of more than 20,000 in the 1960s, today the lakeside city is the poorest town in Michigan and has half the population it had five decades ago. The typical Benton Harbor household earns just $18,085 a year, less than half the state median annual household income of $49,576. Nearly 60% of the Benton Harbor population depends on the SNAP welfare program, the largest share of any town on this list. 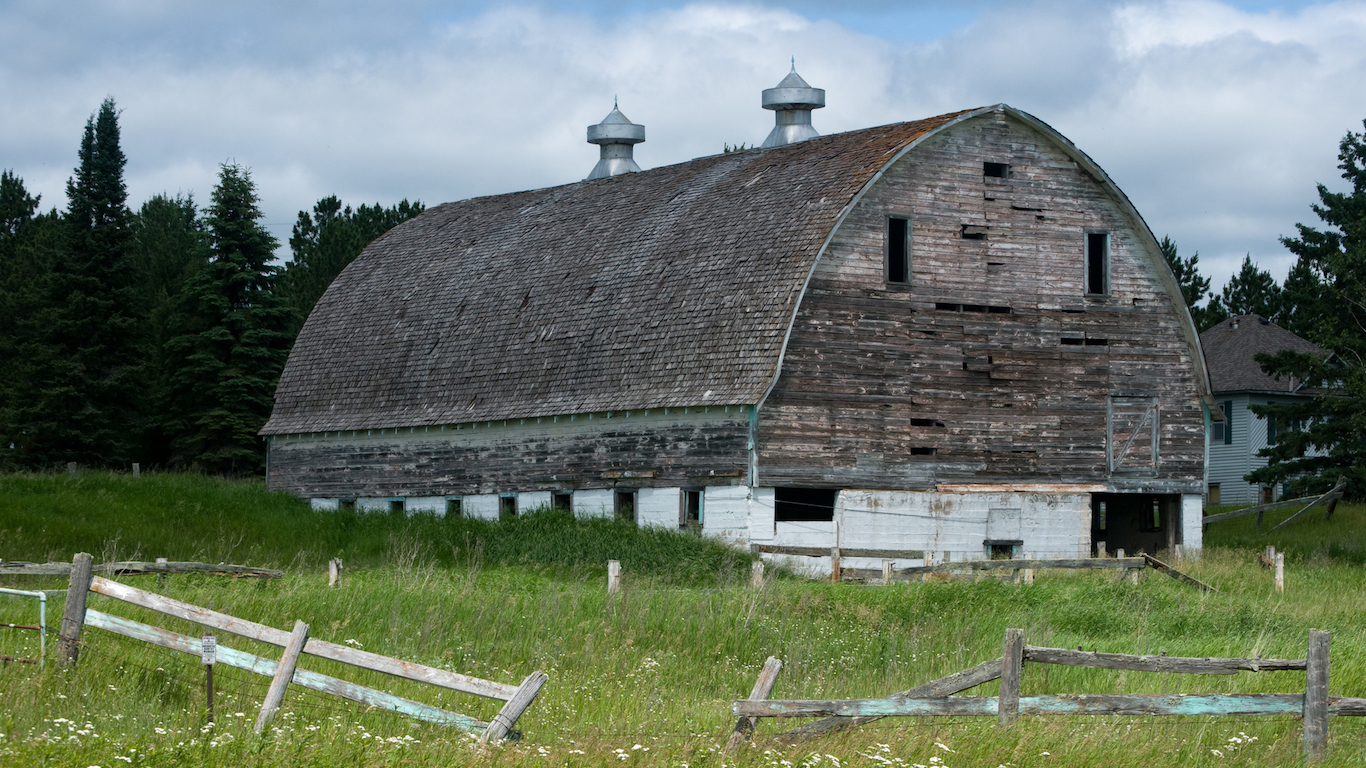 The typical household in Brainerd earns only $30,975 a year, roughly half the $61,492 median annual income across Minnesota. In most cities on this list, educational attainment rates tend to lag behind comparable national rates. However, in Brainerd, 91.6% of adults have at least a high school diploma, a larger share than the 86.7% of American adults who do. Still, the highest paying jobs are often only available to those with a college education, and only 17.5% of adults in Brainerd have a bachelor’s degree, far less than the 29.8% of American adults and 33.7% of adults in Minnesota who do. 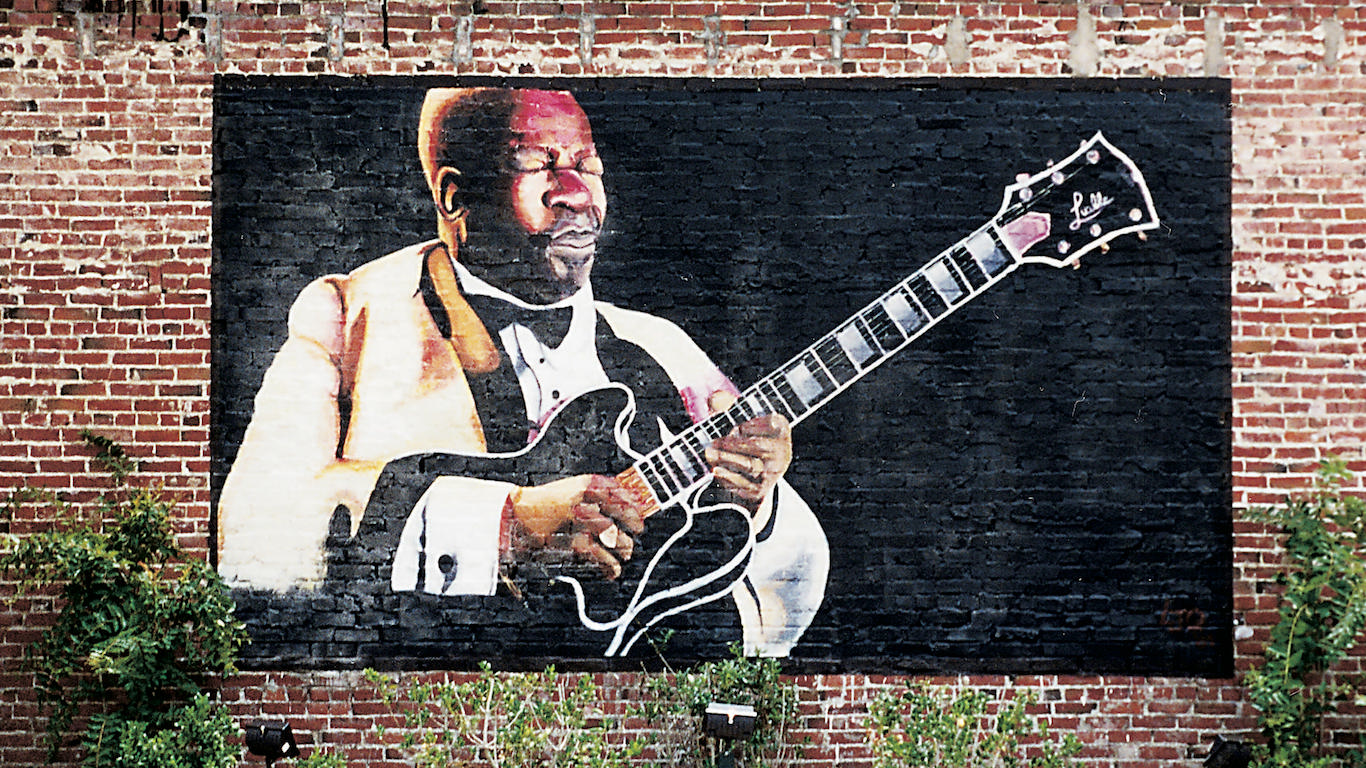 The only state with a median household income of less than $40,000 annually, Mississippi is the poorest state in the country. There is a relatively small income gap between Mississippi’s general population and those who live Indianola, the poorest town in the state. Indianola’s median household income is just $13,000 below that of the state, while in many poor towns the difference exceeds $30,000. 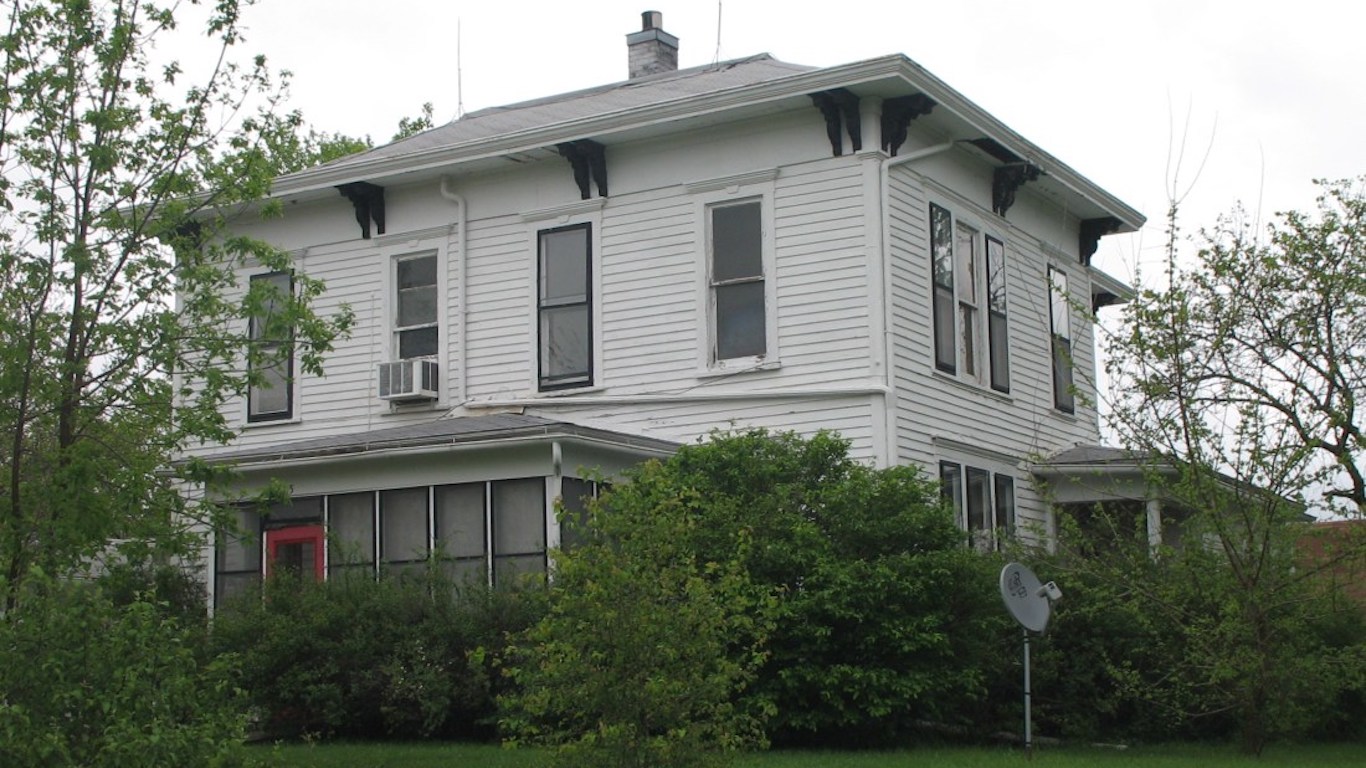 High educational attainment within a given population often translates to higher incomes. Maryville, however, is an exception to the rule. While the town’s median income of $26,889 a year is the lowest Missouri, an estimated 28.7% of area adults have at least a bachelor’s degree — a larger share than the 27.1% of adults across Missouri with a four-year college degree. In addition to having the lowest median income, 38.1% of Maryville residents live in poverty, the highest poverty rate of any small town in Missouri.