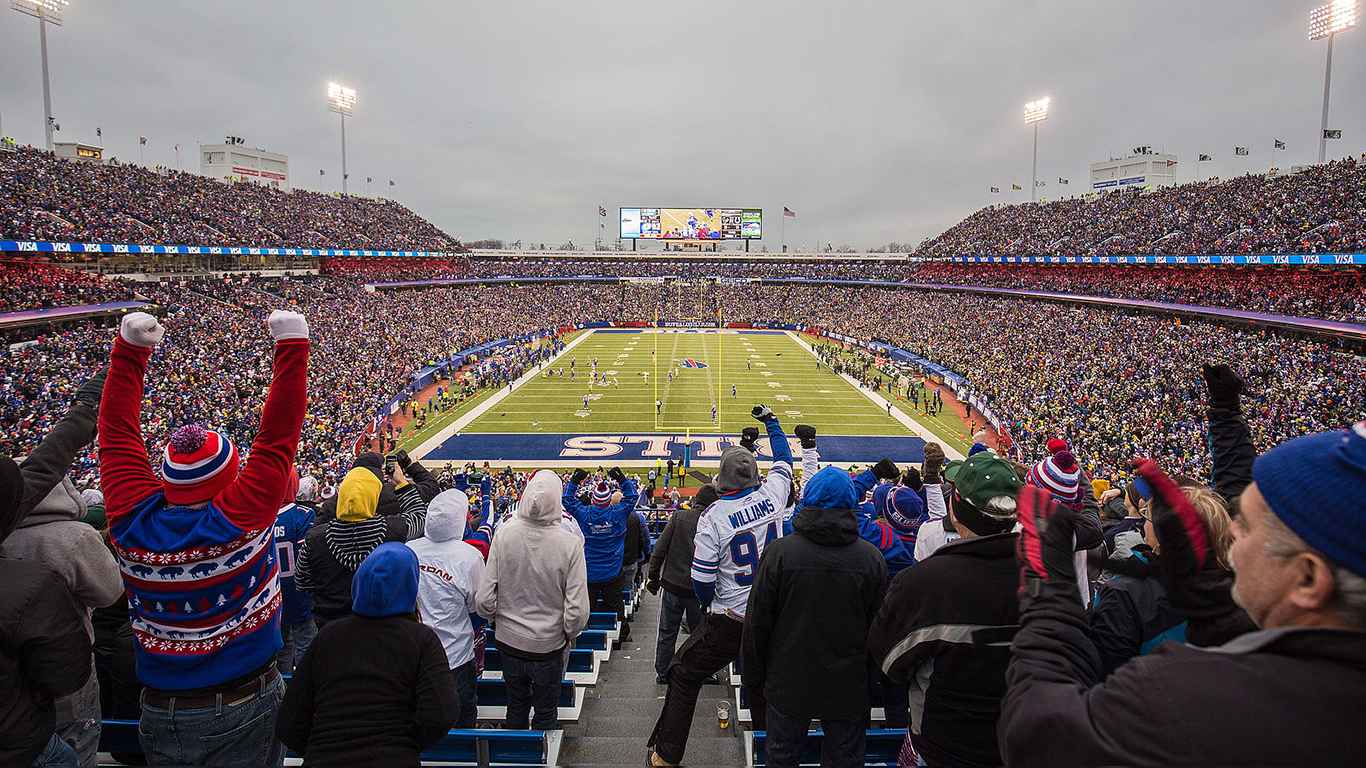 The Buffalo Bills finished their losing 2016 season by firing controversial head coach Rex Ryan after he led the team for two years. Ryan’s departure from the team marked the end of the Bill’s 17th season without a playoff appearance. 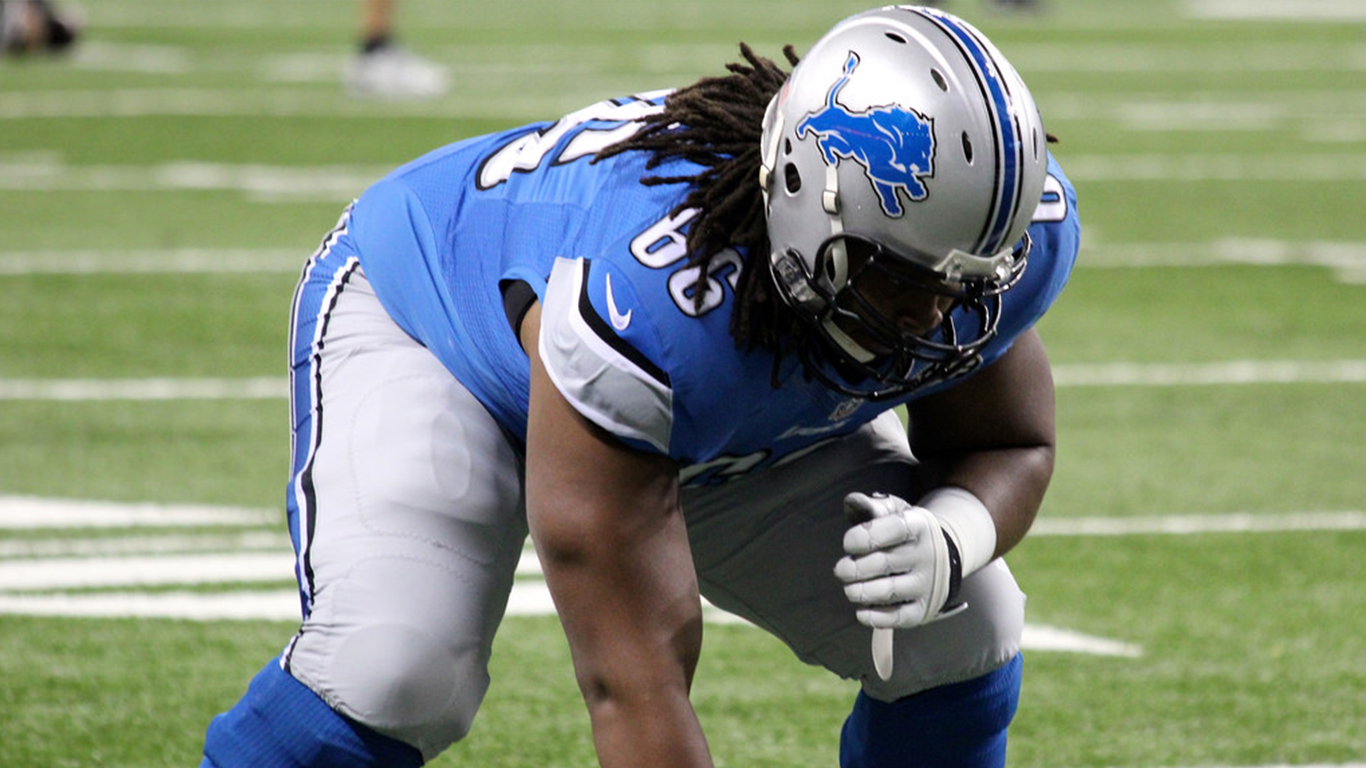 The Lions have some bad years under their belt, including the team’s history-making 0-16 season in 2008. While the team has improved since then, Detroit is perhaps a less than ideal market — metro area’s population has been declining for decades. 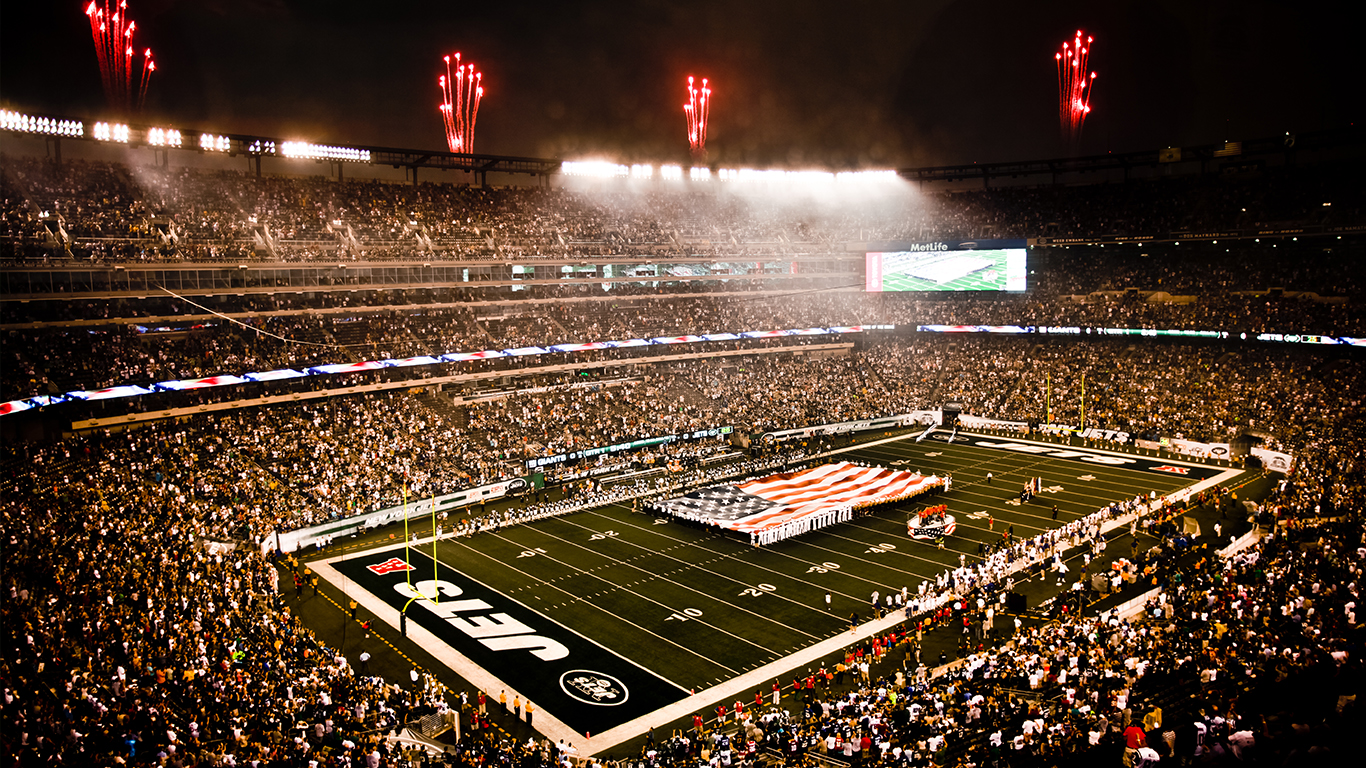 The Jets, which share MetLife Stadium with the Giants, fell slightly behind their co-inhabitants in filling the stadium last season, at an average of 94.7% of all home games in 2016 compared to the Giants’ 95.5%. This may not be surprising considering the Giants had an 11-5 season, while the Jets went 5-11. 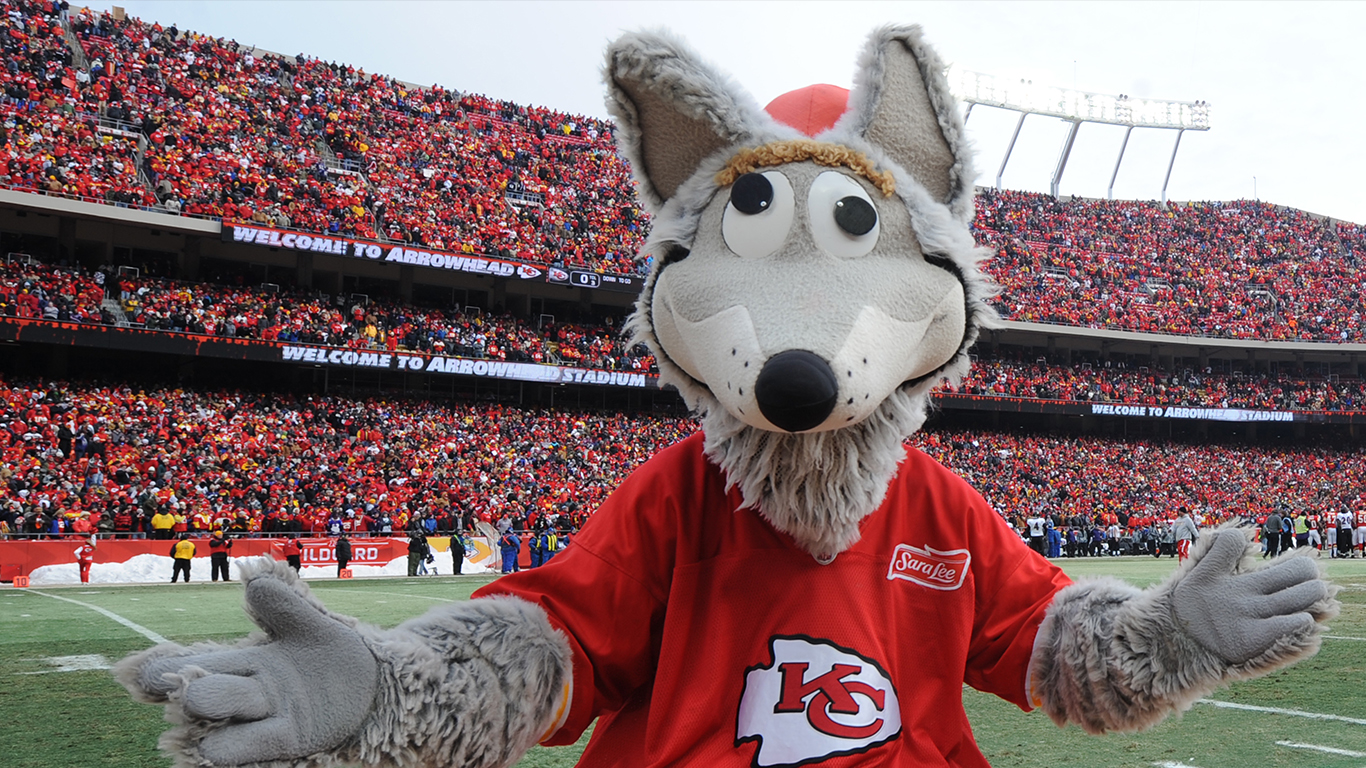 Arguably no team has had a greater reversal of fortune in the past five years. The team finished 2012 with a 2-14 record. The Chiefs went 11-5 or better in three of the next four years, including a 12-4 record last year, tied for third best in the league. 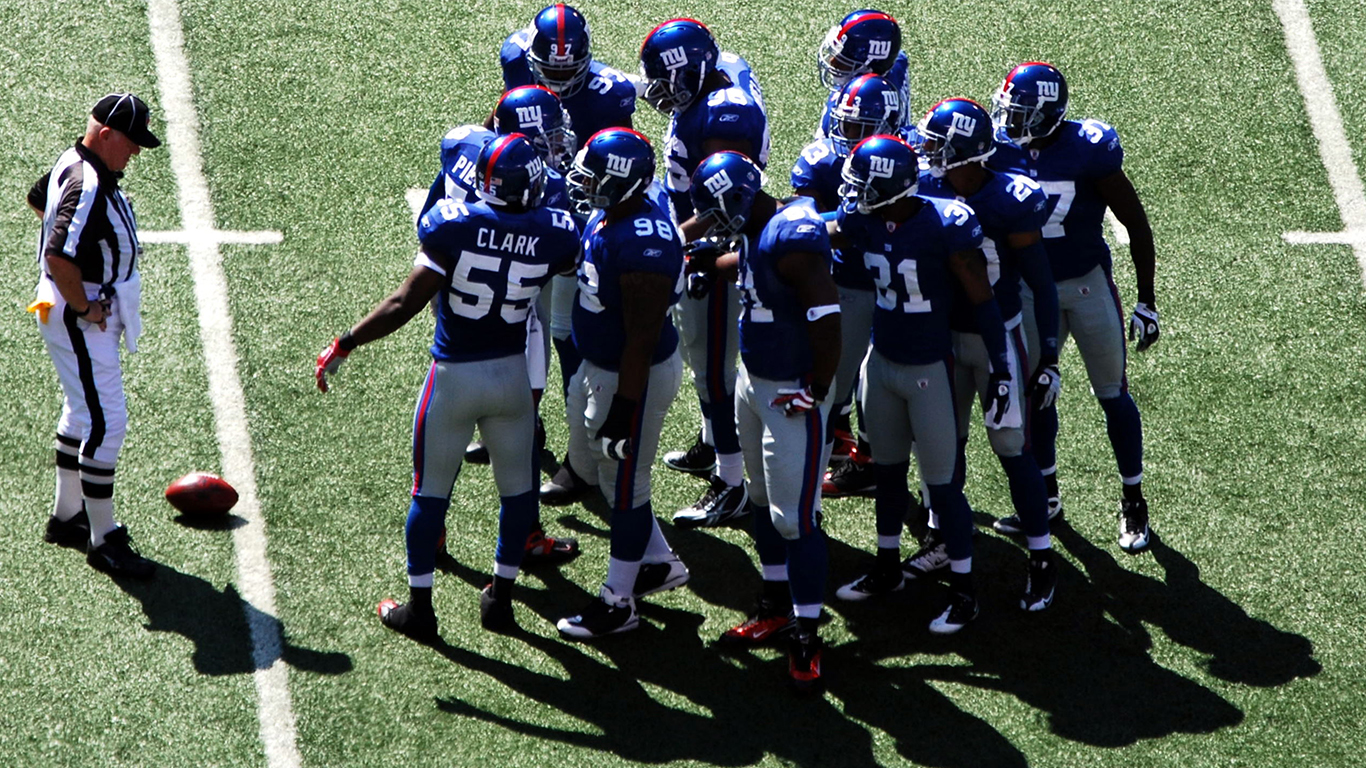 New York is the largest metropolitan area in the country with over 20 million people. The metro area can easily accommodate two football teams — the Jets and the Giants. With the help of one of the most exciting players in the league in the form of Odell Beckham, the Giants filled slightly more seats than the Jets.