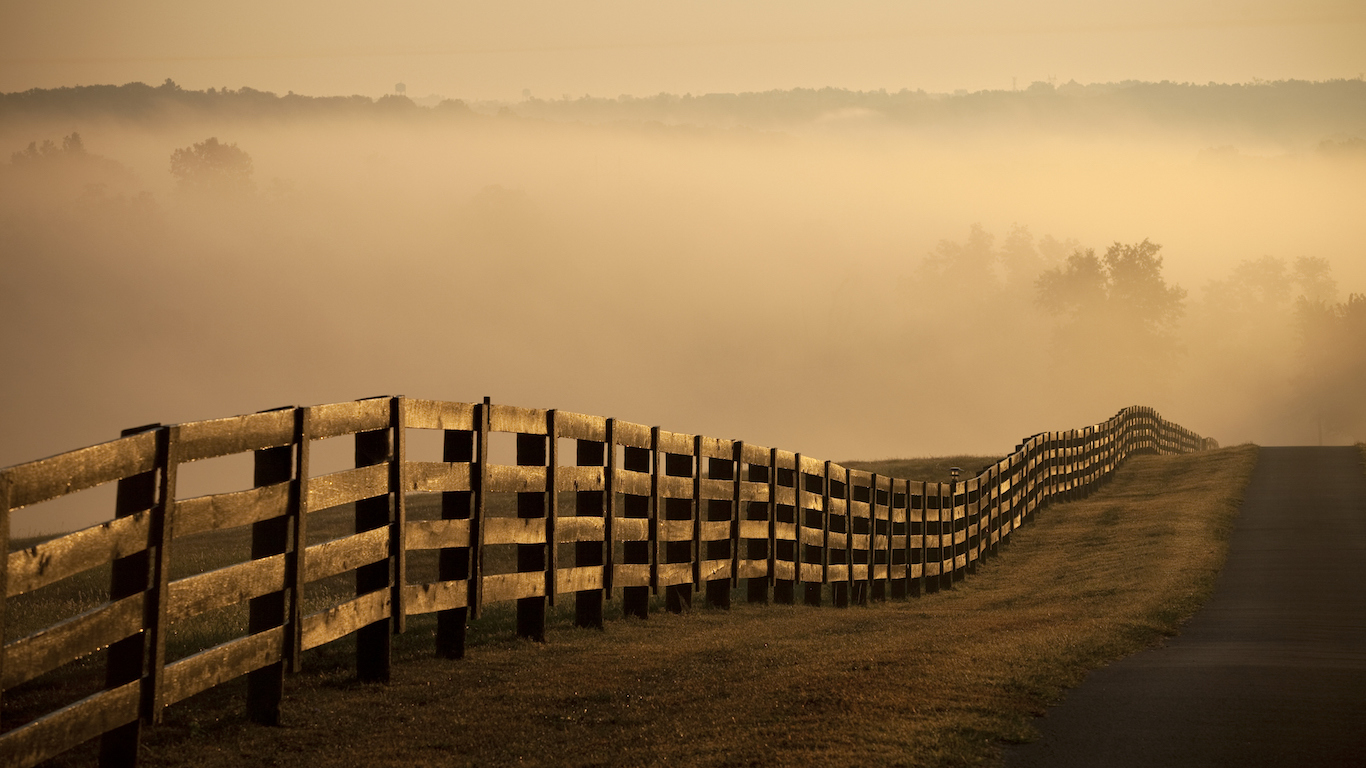 The number of hate groups operating in Kentucky increased from 13 in 2015 to 23 in 2016. In keeping with national trends, the SPLC reported increases in the total number of neo-Nazi, white nationalist, and black separatist groups in the state. In addition, the total number of neo-Confederate organizations in Kentucky increased from two to four in 2016. Such groups are unique to the American South.

The Daily Stormer, a neo-Nazi website that championed Trump throughout his presidential campaign, has a chapter in Louisville. The city is home to at least four other hate groups, including three black separatist groups and a white nationalist organization. 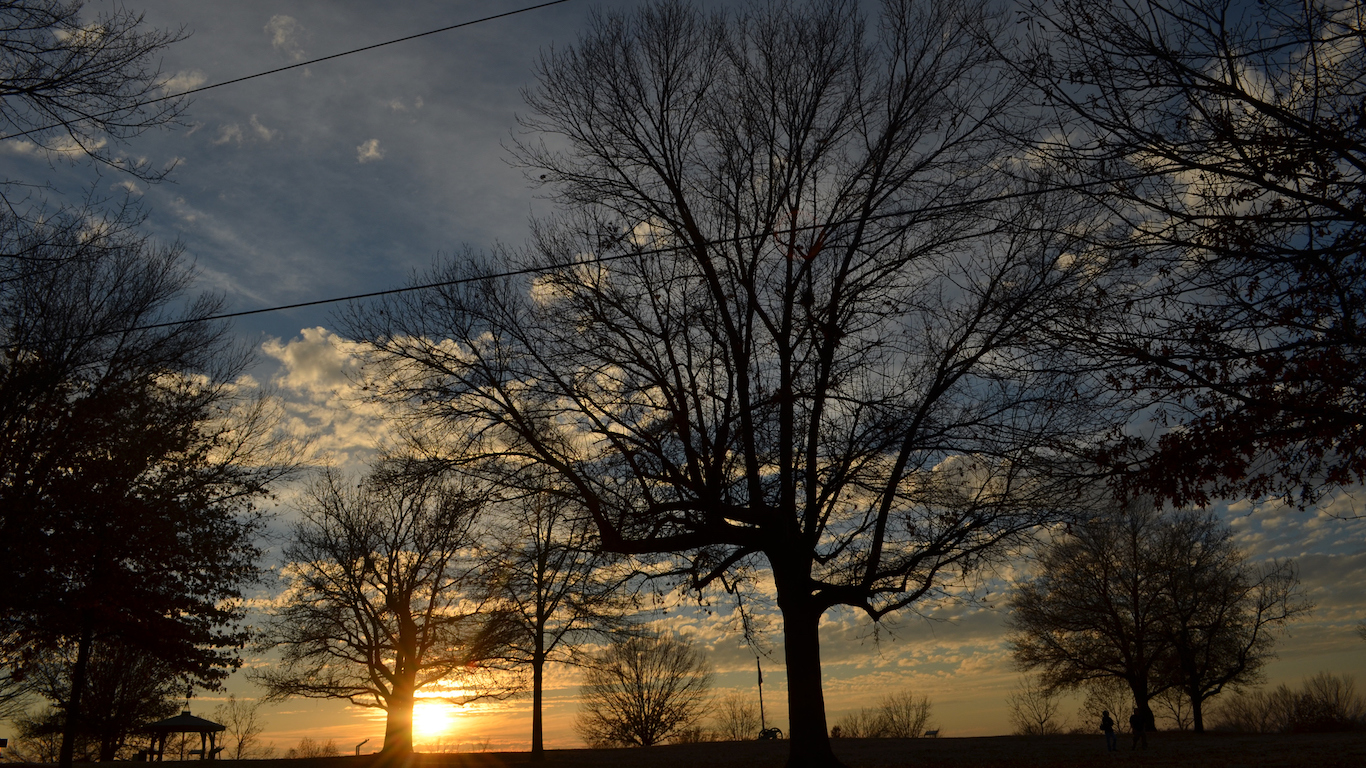 The number of hate groups operating in Arkansas fell from 22 in 2015 to 16 in 2016. While the number of active groups dropped last year, the Jonesboro-based anti-Muslim group ACT for America was added to Arkansas’ tally. ACT for America was founded in 2007 by Brigitte Gabriel. The group claims 280,000 members and over 1,000 chapters, which would make it the largest anti-Muslim group in America.

Potok noted the rise in hate group activity also has an economic component. Manufacturing jobs that were once pillars of the American white middle class are no longer as widely available or well paying as they once were. Such economic declines are often blamed on foreigners. Total employment in Arkansas’ manufacturing sector declined 22.5% in the last decade, one of the steepest drops of any state.

ALSO READ: Cities Where No One Wants to Drive 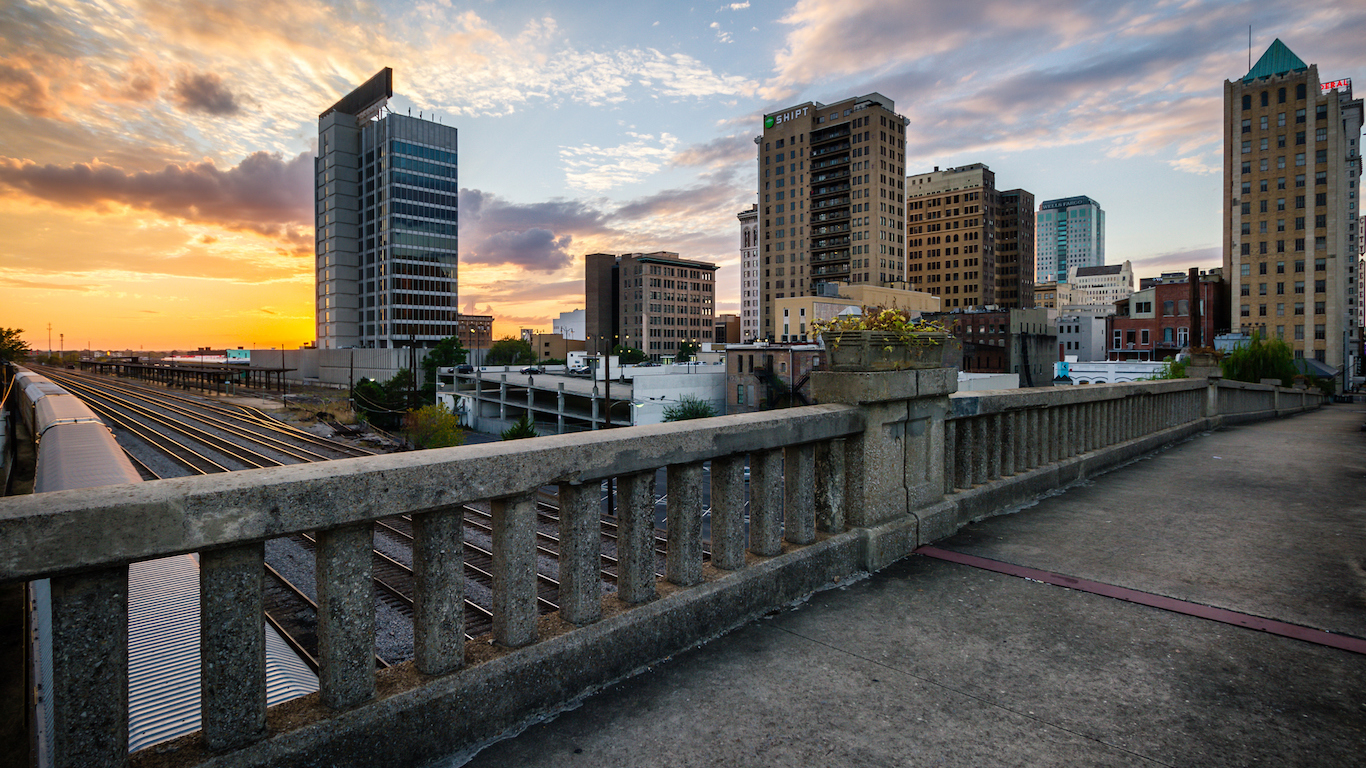 As is the case across much of the Southern United States, organized hatred in Alabama is likely rooted in the state’s legacy of slavery. Thousands of racially-motivated lynchings taking place between the late 19th to mid 20th centuries have been documented across the South, hundreds of which occurred in Alabama. And with Dr. Martin Luther King’s protest march from Selma to Montgomery in 1965, it may not come as a surprise that hate group activity in Alabama today tends to be racially motivated. There are currently 11 KKK chapters throughout the state, five neo-Confederate groups, and two white nationalist organizations.

The SPLC identified last year militant anti-immigration hate group Border Keepers of Alabama. The Birmingham-based organization may have as many as eight heavily armed volunteer “teams” it says can be deployed to patrol border towns. 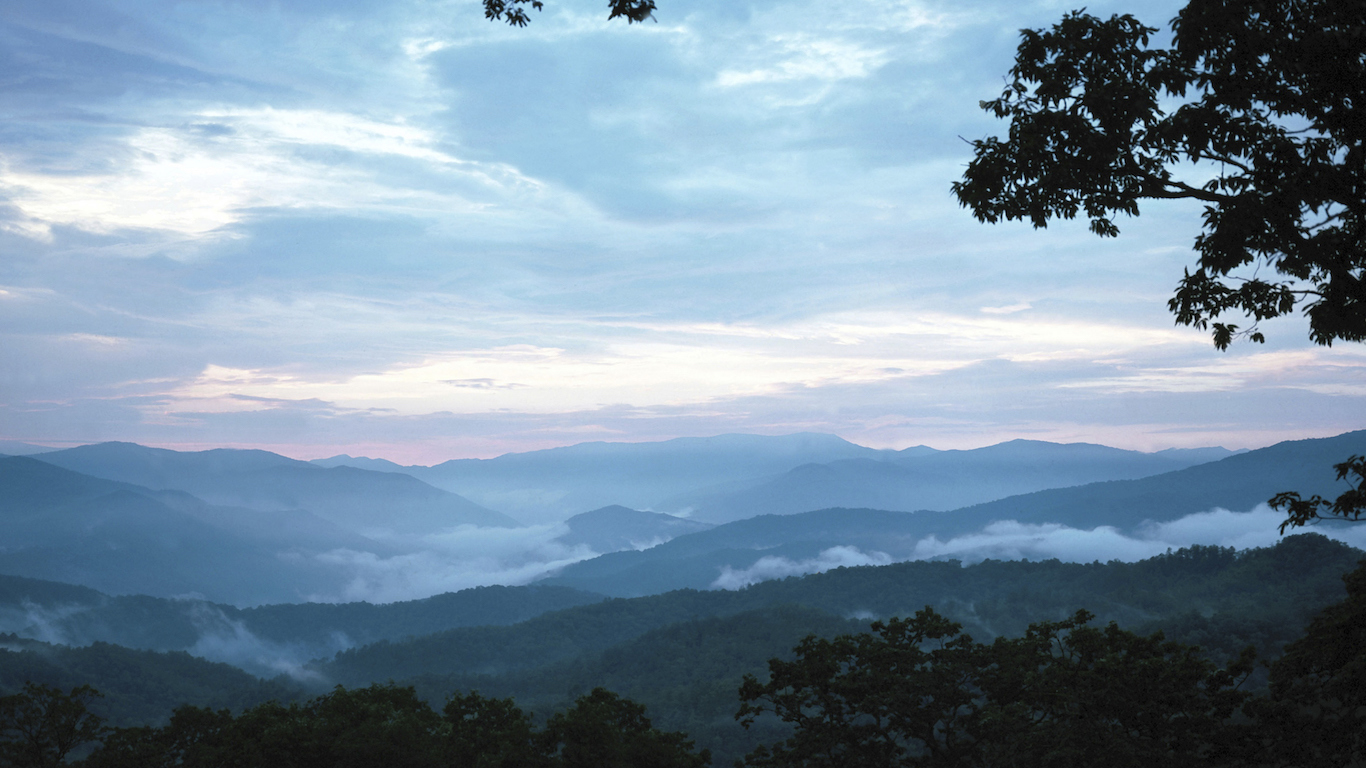 There are approximately 38 active hate groups in Tennessee, including 11 under the KKK umbrella. There were 221 hate crimes, mostly racially motivated incidents, reported in the state in 2015.

For members of hate groups, perhaps especially in Tennessee, the decline of the manufacturing sector and the growth of immigrant populations have perhaps helped fuel hate sentiment. According to SPLC expert Mark Potok, there is a perception among hate groups members, particularly the whites, of a lost country. These composition changes in the population and industry go against their belief that the United States ought to mostly contain and largely benefit the white population. Tennessee’s manufacturing sector remains relatively dominant, accounting for 14.4% of non-farm employment, the ninth largest share compared with other states. But the number of Tennessee manufacturing jobs has dropped by 16.7% since 2006, one of the larger such declines in the nation. Tennessee has a relatively small foreign-born population, at just 5.0% of the population. Of foreign-born Tennesseans, 63.6% are not U.S. citizens, the seventh highest such share.