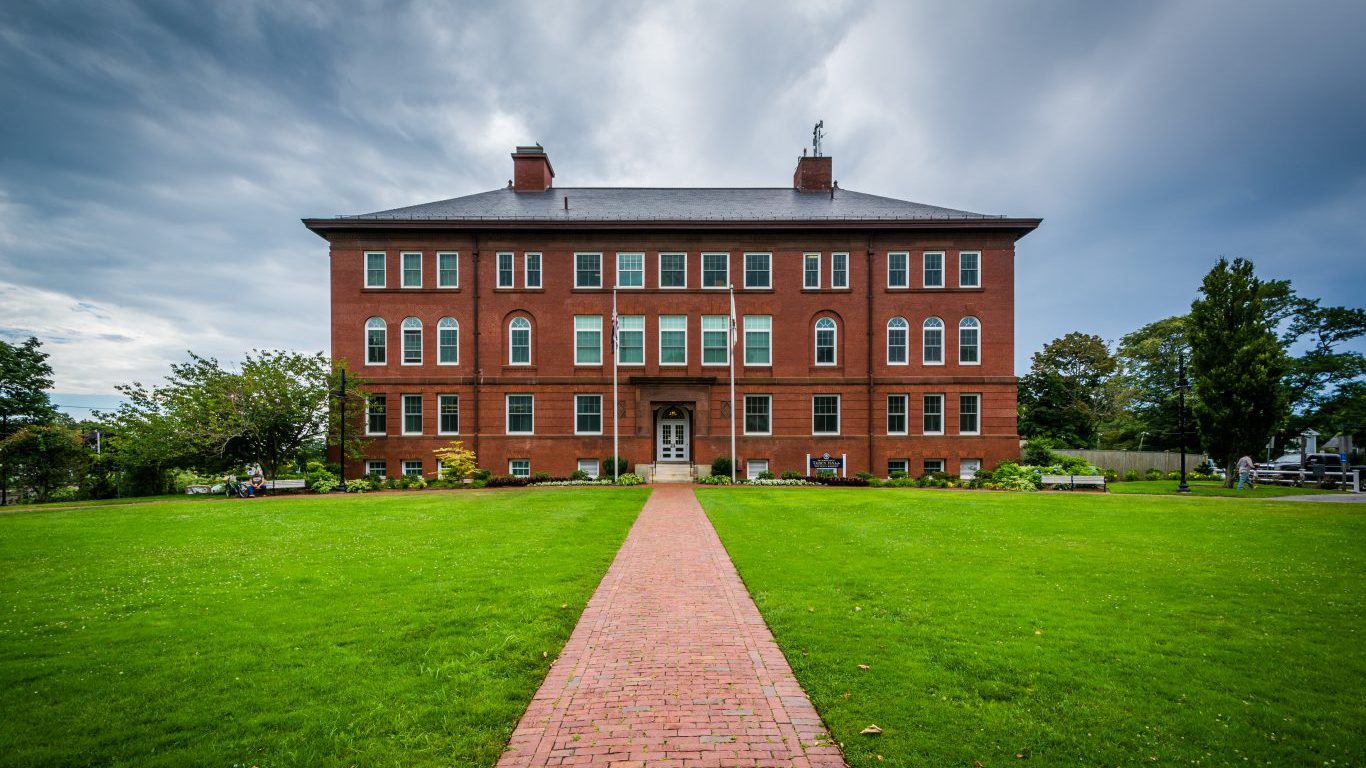 The median household income in Barnstable, the largest community in Cape Cod, is just over $10,000 more than the national median of $57,617. The poverty rate in this city of over 45,000 people is only 6.5%, more than half the national rate of 14.0%. Perhaps economic prosperity is key to the community’s feeling very proud about its city. About 45.0% of adults report they are thriving physically, which crushes the national average of 32.7%. Also, a great deal of the community — 60.2% — say they have reached most of their goals in the last 12 months, above the national average. 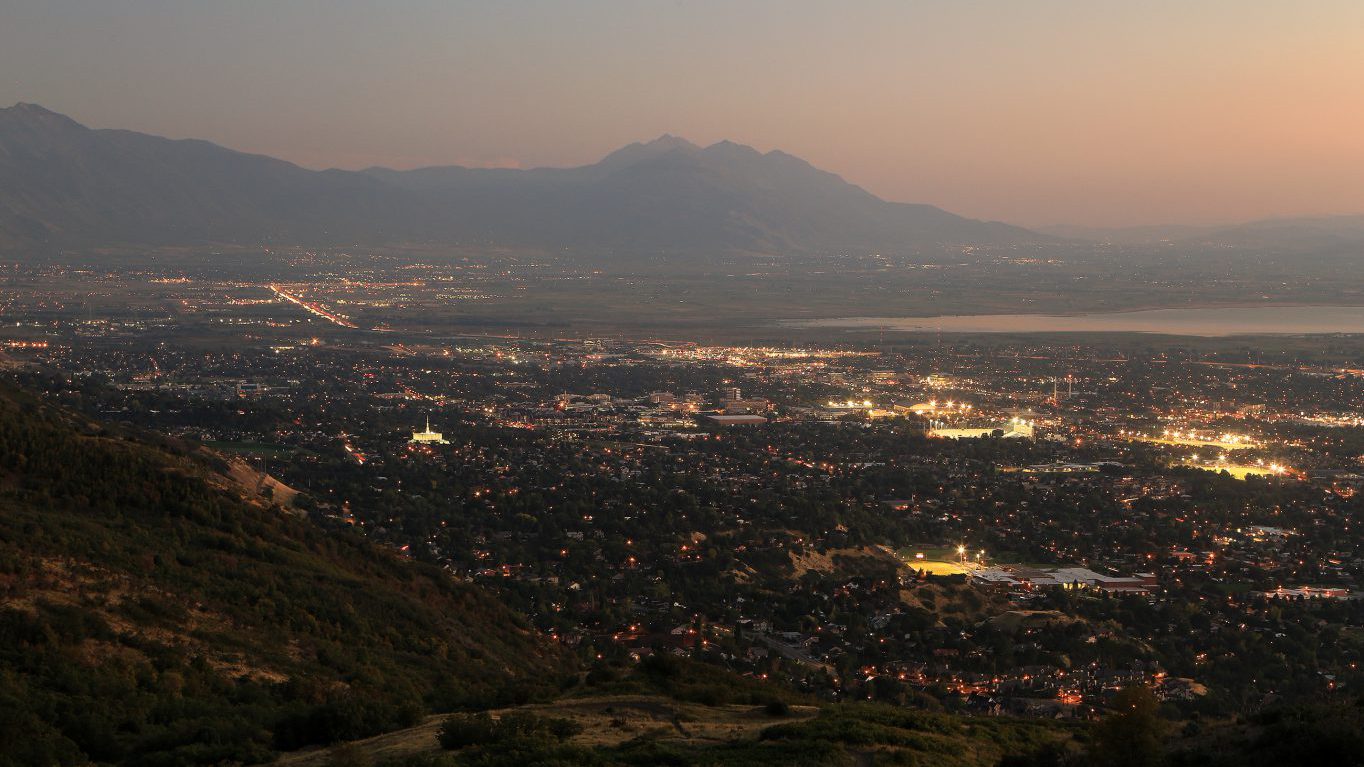 Lying in the Utah Valley and surrounded by the Utah Lake and several mountain ranges, this metropolitan area ranks high in several key categories. More than 87% of area adults feel safe and over 91% report experiencing happiness, some of the highest shares of U.S. cities. When it comes to health, residents also seem to be doing considerably better than the typical American. Just 22% of adults are obese, significantly lower than the nationwide adult obesity rate of 28%. Compared to the national average, respondents from Provo-Orem ranked highly in education with over 94% of its residents holding a high school diploma. Who wouldn’t be proud of that? 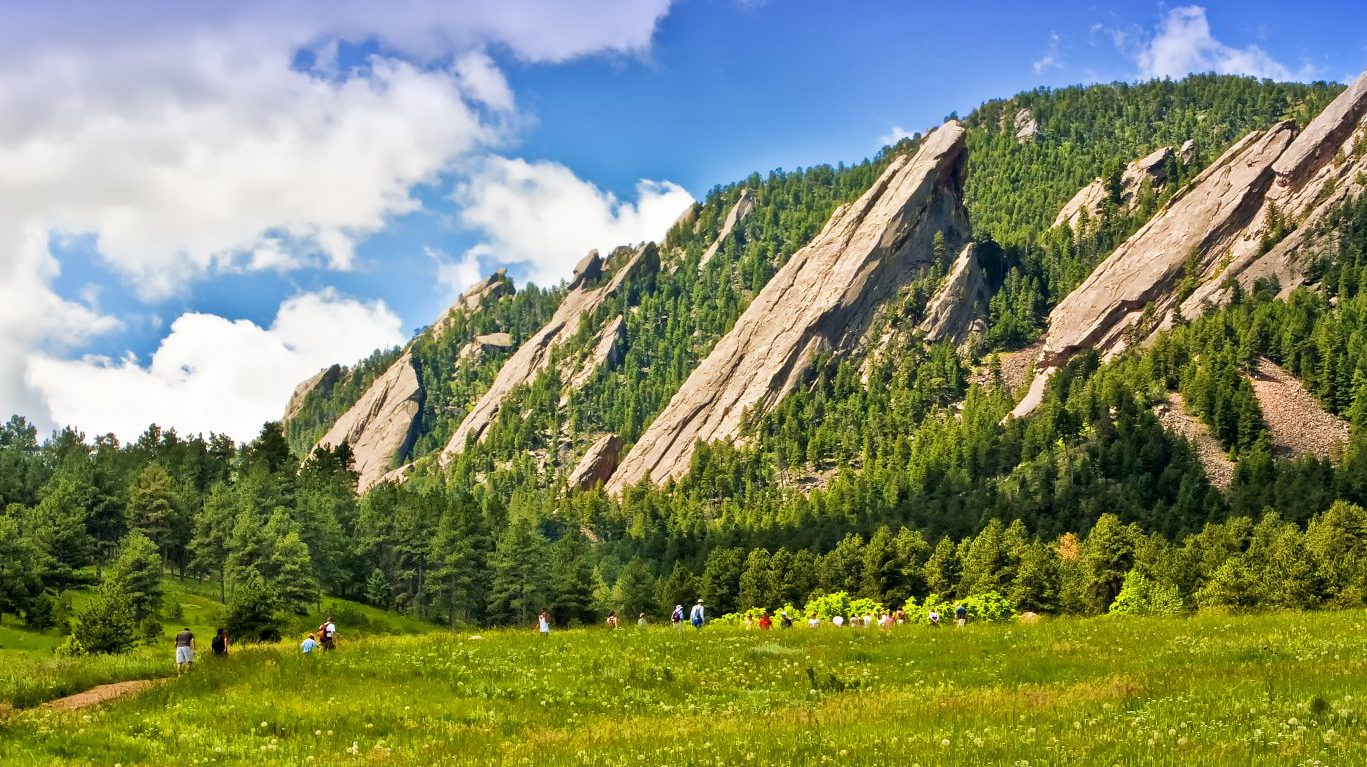 Nearly 90.0% of people in Boulder say they feel safe and secure, which is well above the national share of 76.7% and the most of any metro area on this list. Boulder is only an hour away from Rocky Mountain National Park. Only 13.1% of adults are obese, the least obese metro area in the U.S., compared with the national adult obesity rate of 28.2%. The median household income in Boulder of $74,615 a year is also well above the national median of $57,617. The higher incomes may contribute to residents’ pride in their community. 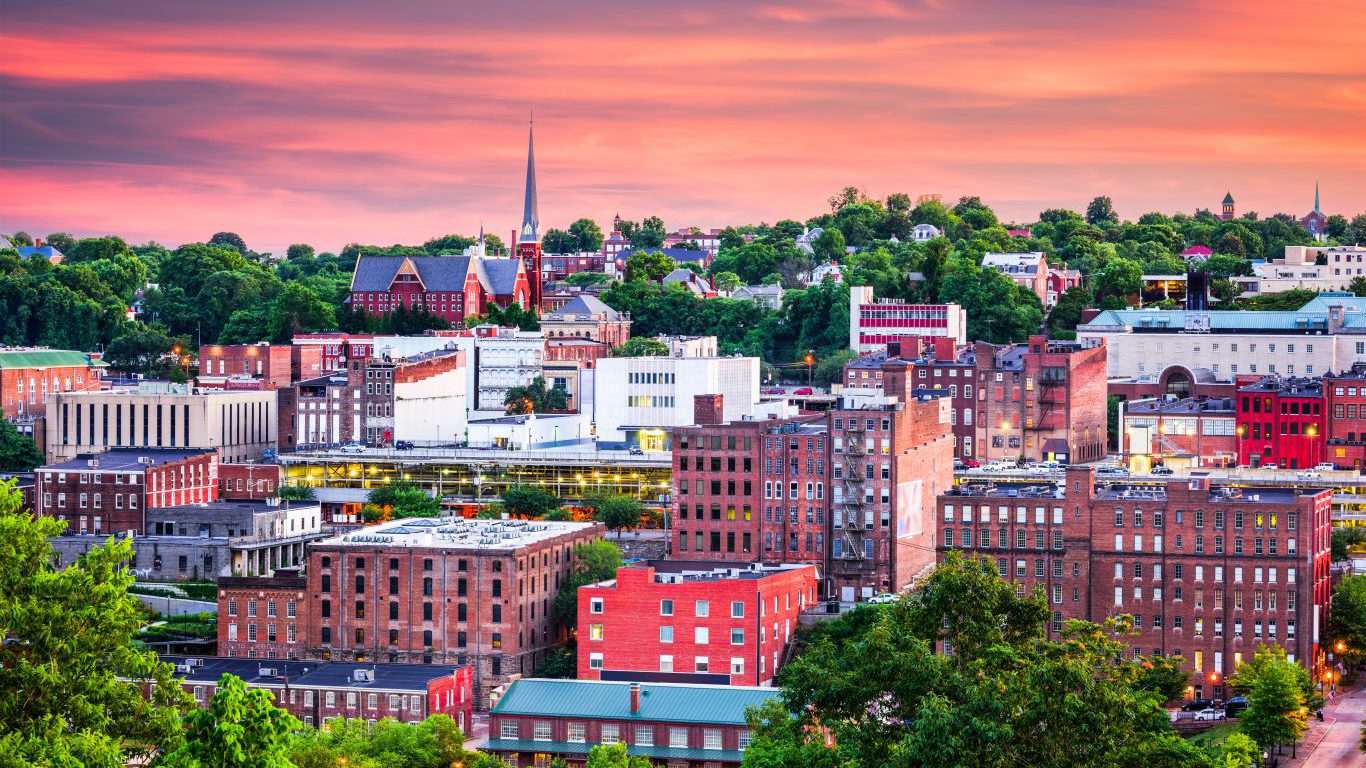 This central Virginia city located on the James River is the happiest place in America. A whopping 95% of respondents from Lynchburg report having experienced happiness, the highest share of any U.S. city. Further, more than 75% of area adults said where they live is the perfect place for them, well above the national average percentage of 63%. What makes these statistics stand out is that 85% of Lynchburg residents report they are satisfied with their standard of living, even though their poverty level matches the national average of 14%. For the people of Lynchburg, it seems income matters less — not only for personal happiness but also for community pride. 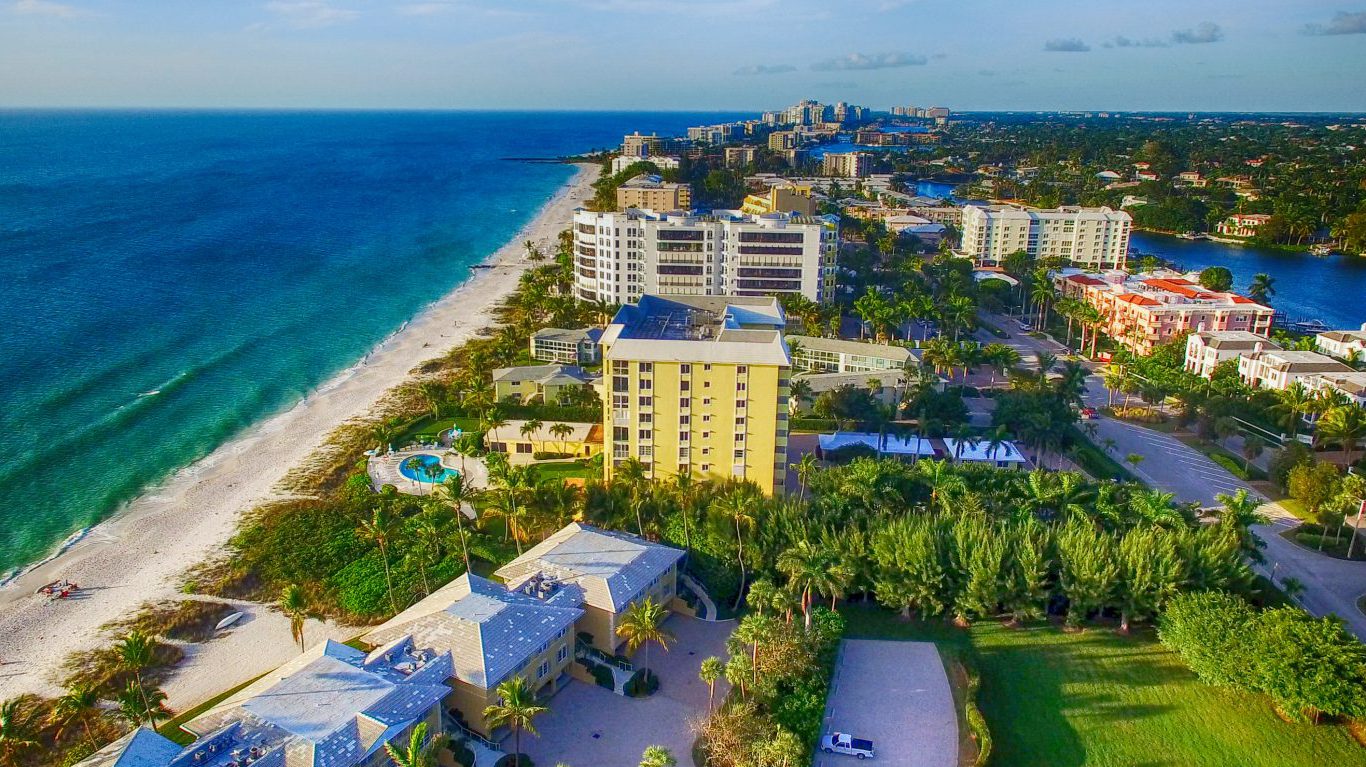 The median household income on Florida’s sunshine-filled Gulf Coast is almost $4,000 above the national average and the property crime rate is incredibly low. Only 220.9 incidents per every 100,000 people occur, which is much less than the national rate of 949.8 per every 100,000. With such low property crime rate, people may feel like they can trust the members in their community, which is certainly something to feel proud about. People in Naples-Immokalee-Marco Island also seem to be in relatively good health with 43.6% of adults reporting they are physically thriving. Only 19.3% of adults are obese in this metro area, well below the national obesity rate of 28.2%.