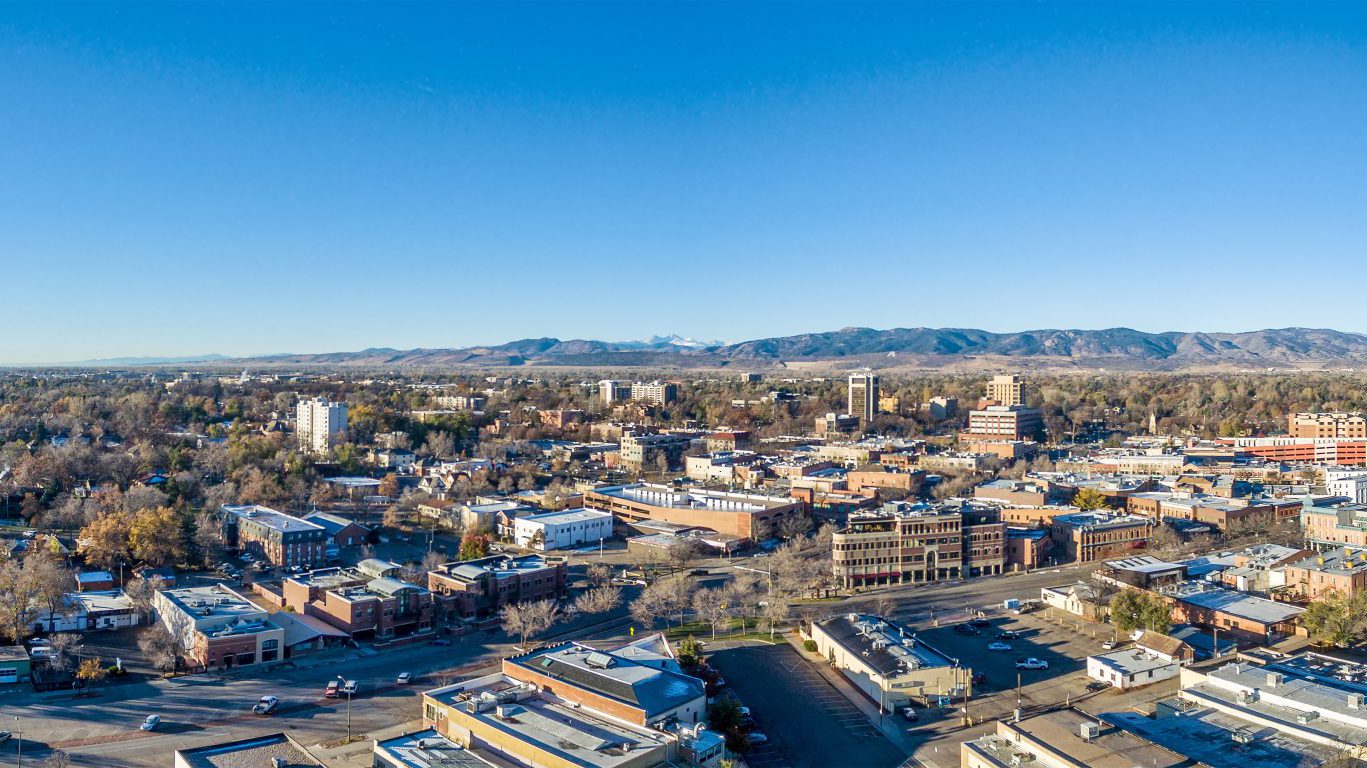 Perhaps people from Fort Collins, Colorado are as proud as they are because of their community’s stellar college attainment rate. Fort Collins is home to Colorado State University, a school with 16 Division 1 NCAA sports teams. Nearly 47% of city adults have at least a bachelor’s degree, the ninth-highest rate of any U.S. city and far greater than the 31% national rate. And when it comes to high school, over 96% of people hold a diploma, the highest percentage of high school graduates in the United States.

The craft beer capital of Colorado also reports the third lowest adult obesity rate in the United States at 17.6%, more than 10 percentage points under the national rate. 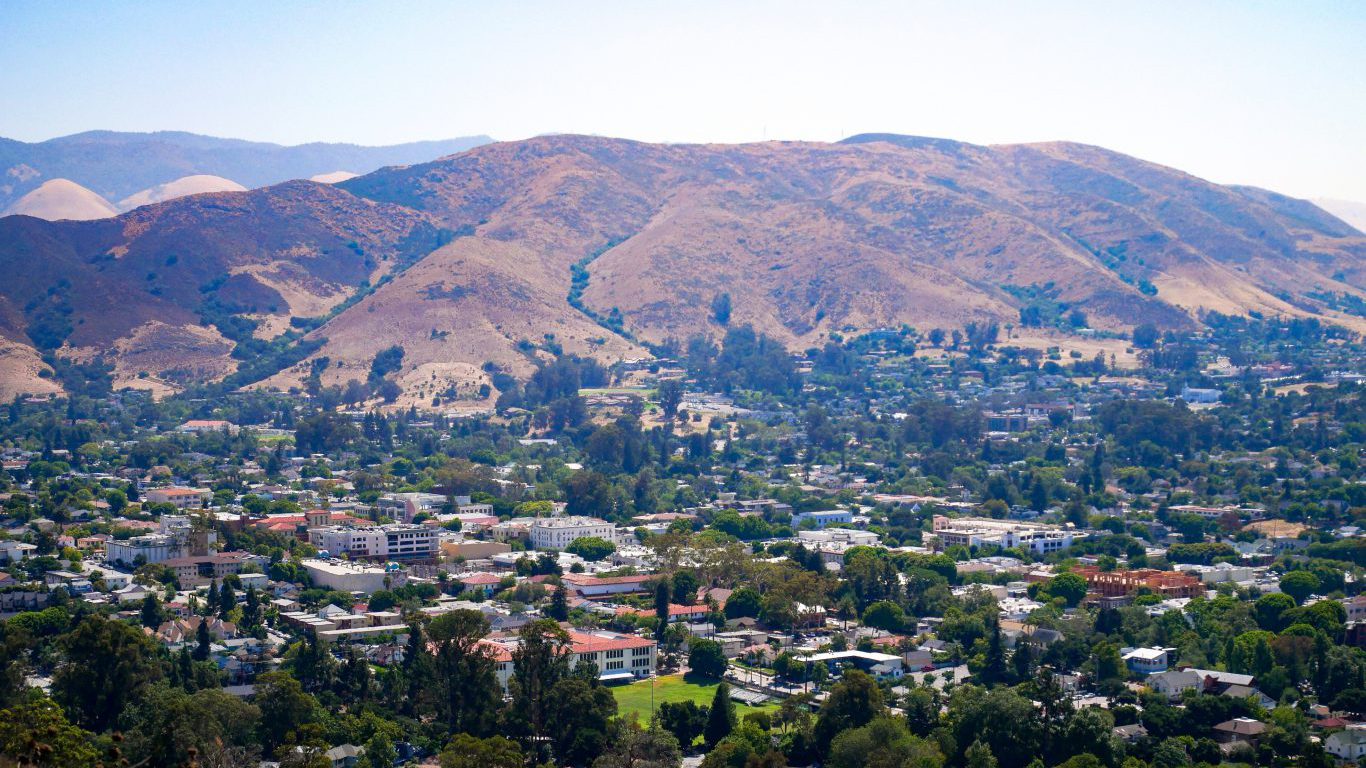 Nearly 79.0% of adults in the San Luis Obispo metro area say they are proud to live in their community, and 85.4% say they are satisfied with their standard of living, the second highest among the 13 on the list. Perhaps high incomes help support such positive opinions. The area’s median household income of $70,564 a year is well above the national figure of $57,617.

Just over 78.0% of adults agree that the metro area is the perfect place for them to live, and 43.3% say they are physically thriving, higher than the national average of 32.7%. 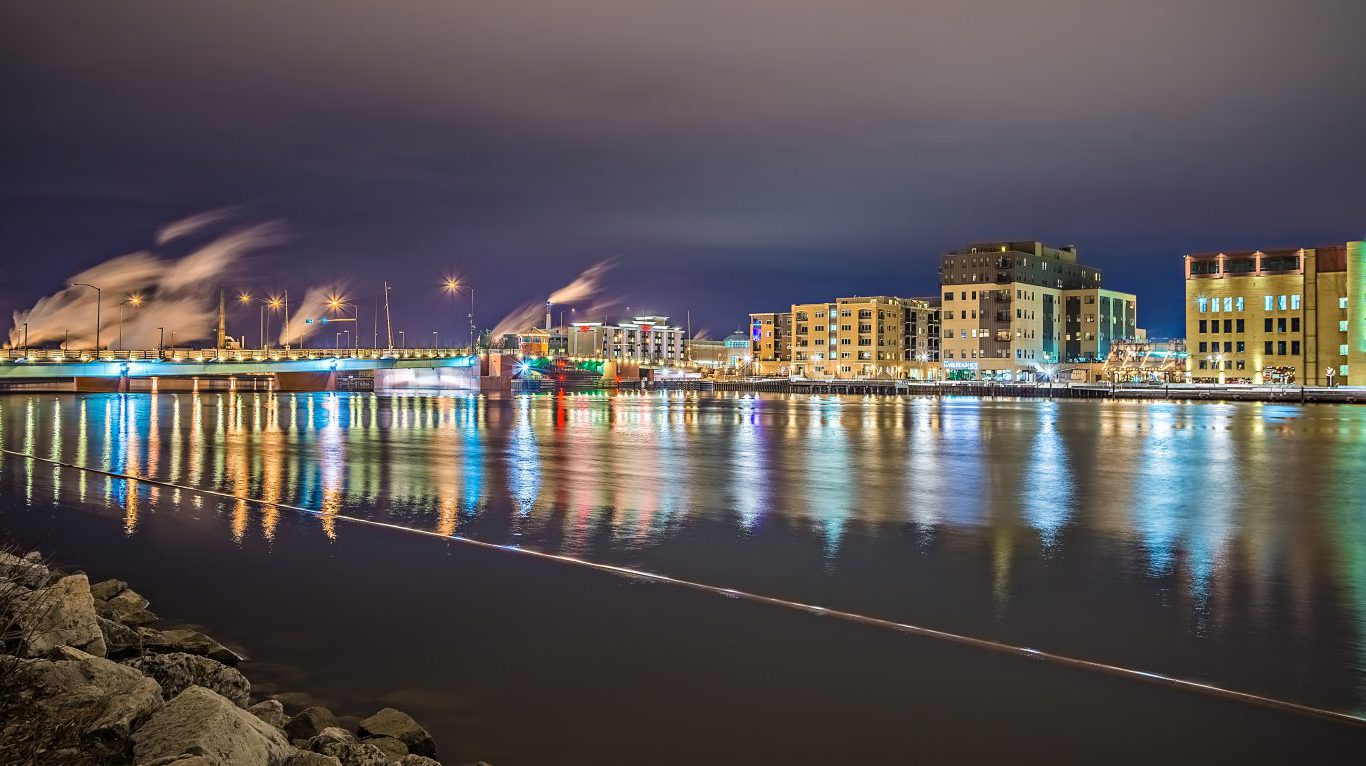 When you are the smallest city in the United States to host an NFL team that has been making national headlines since its inception, being proud becomes second nature. In fact, the Green Bay Packers are the only American football team owned entirely by its fans. In addition, Green Bay has one of the lowest poverty levels in the country — about 5 percentage points below the U.S. poverty rate. Also, over 93% of residents say they experience happiness on a regular basis compared with the American share of 88%. But which town wouldn’t be happy and proud to be part of one of the most successful teams in American football history.