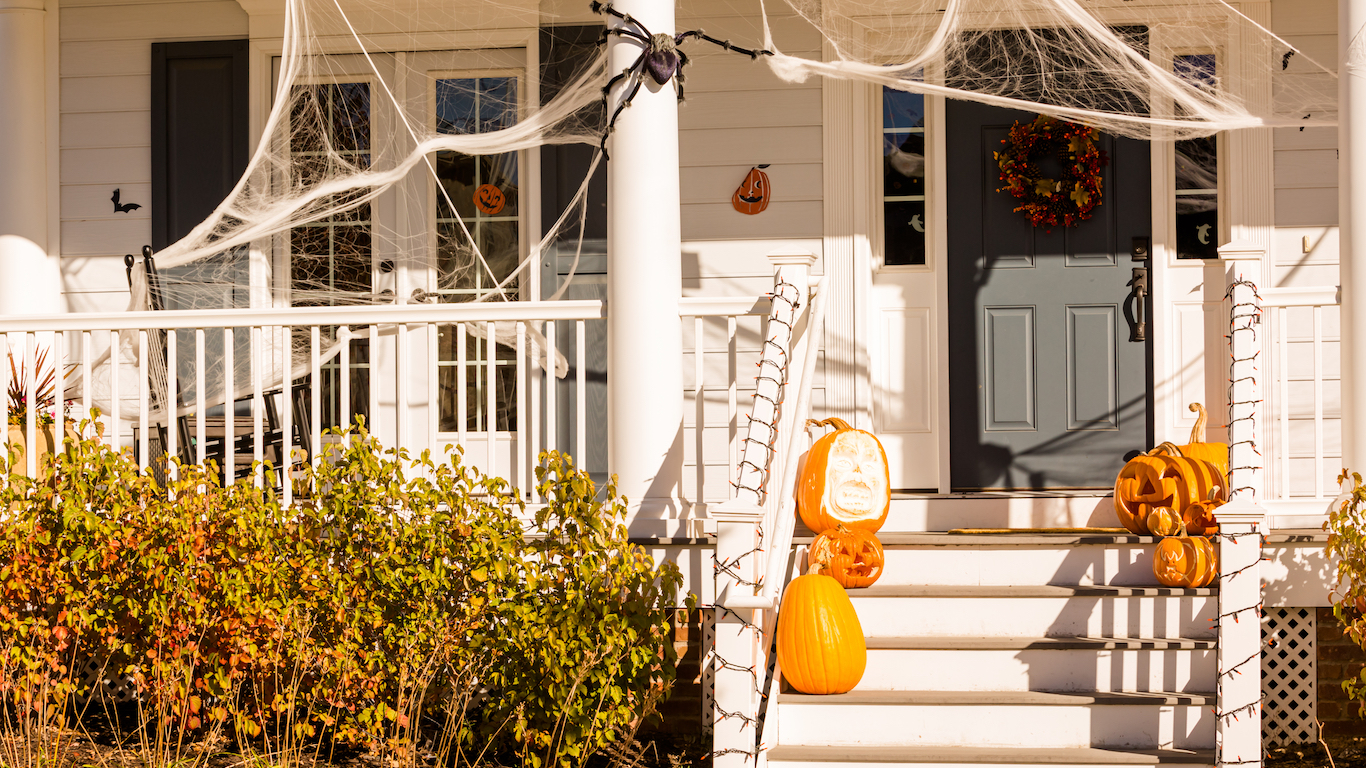 Firestone, Colorado, located about 30 miles north of Denver, has one of the higher percentages of occupied housing units on the list at 98.9%. There are plenty of places for trick-or-treaters to visit in the region, including Fear of the Dark Haunted House and Nightmare City Haunted House. 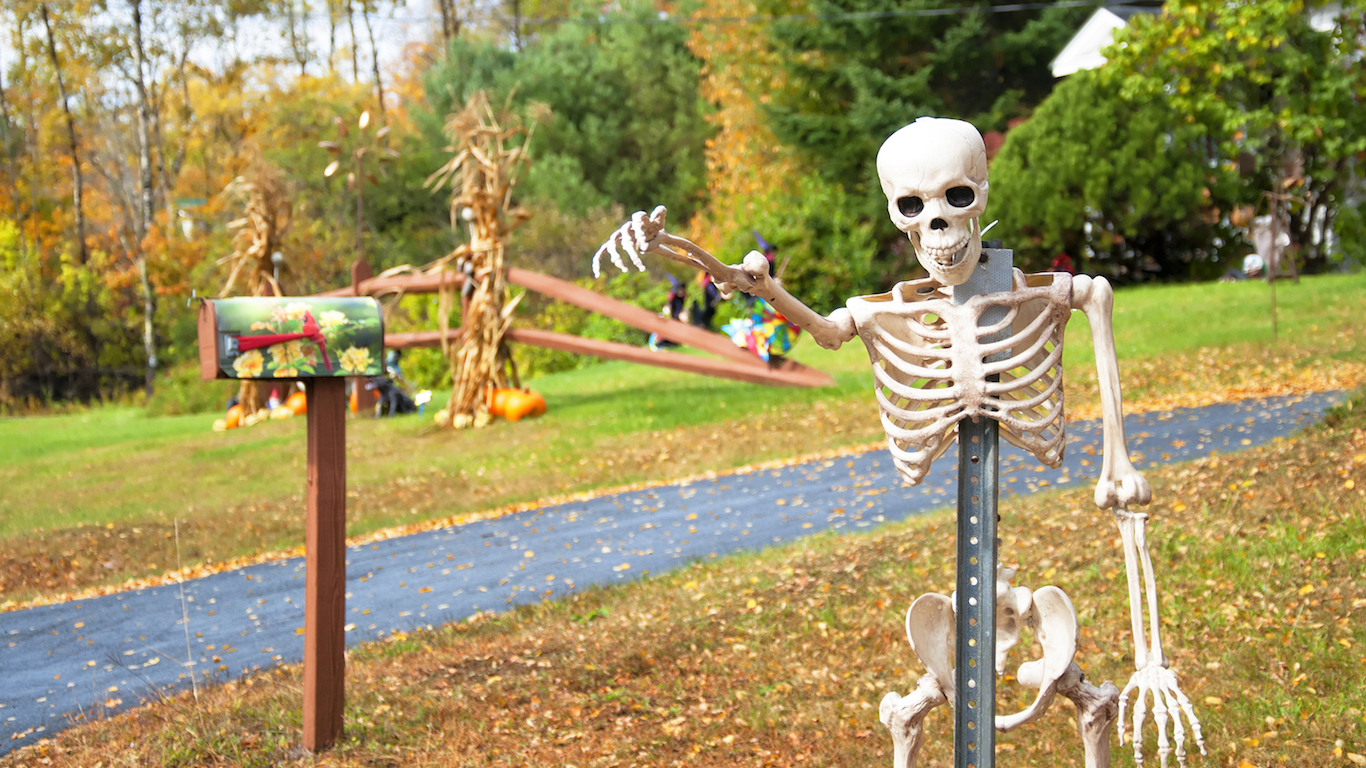 Halloween celebrants can feel safe on the streets of this affluent Connecticut town, one of the wealthiest in the U.S. Darien has one of the lowest violent crime rates on the list at 4.5 incidents per 100,000 in population. Every October, Darien hosts the Tokeneke Pumpkin Carnival and holds a Halloween parade. 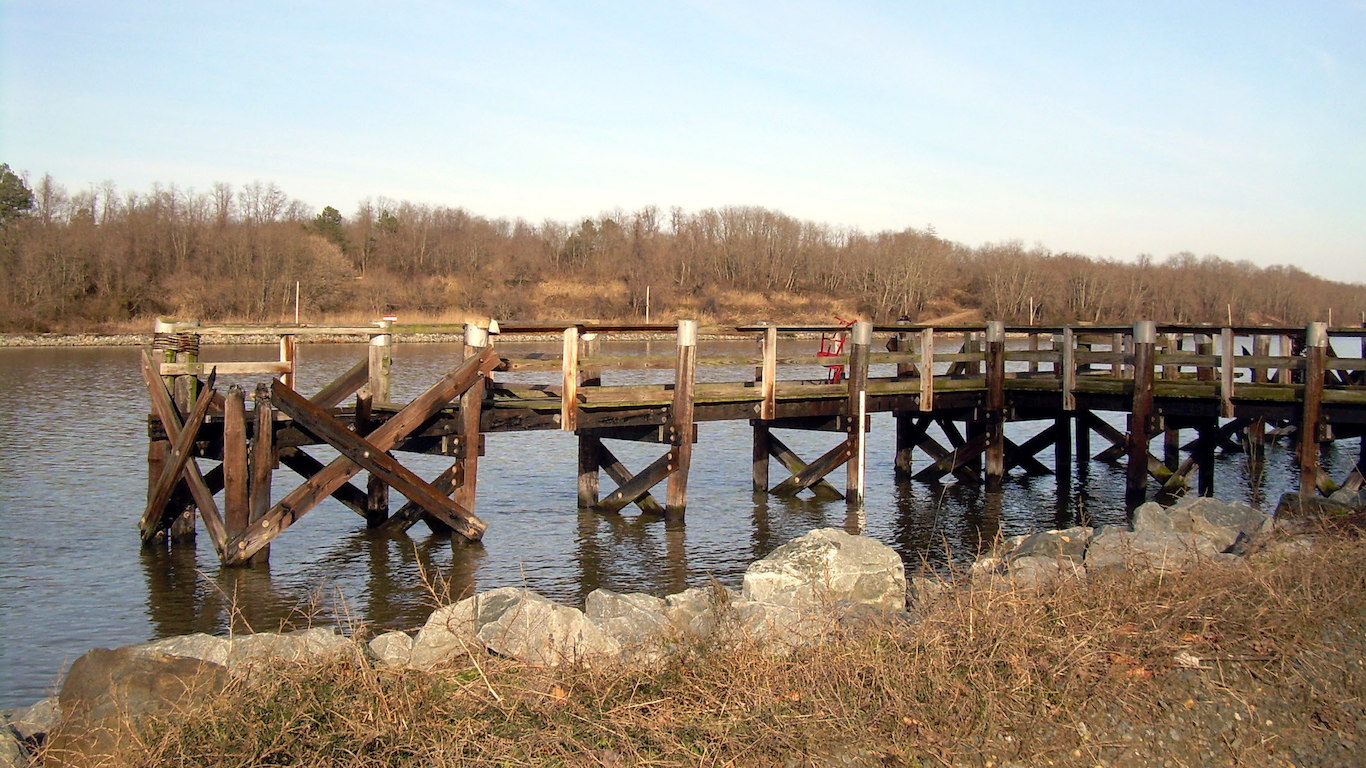 Middletown, located in the northern part of Delaware, has grown dramatically in recent years. The affluent suburb is home to commuters to Wilmington, Delaware and Philadelphia. Frightland, which has carnival rides and fear-themed venues such as a haunted barn and horror hay rides, is located near Middletown. Across the border in Maryland is 301 Devils Playground Haunted Houses. 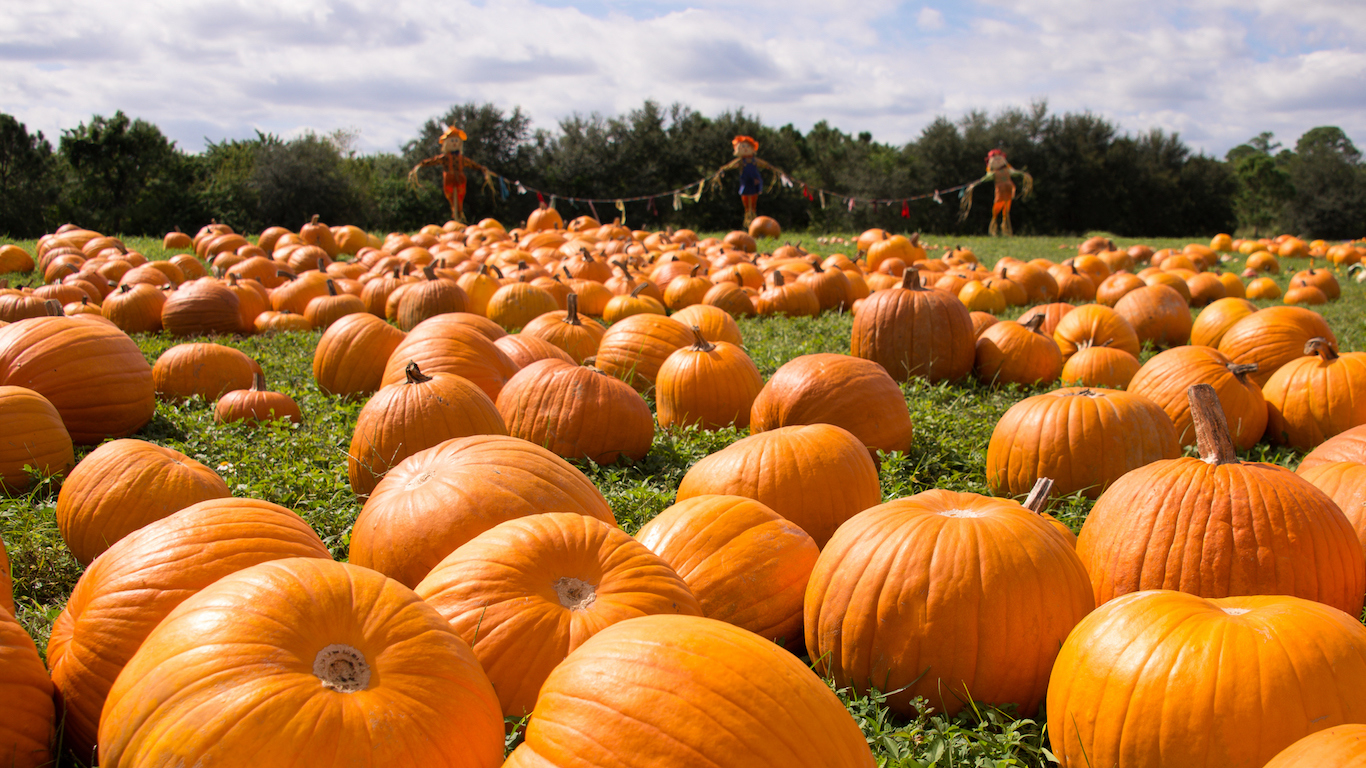 There is a haunted house south of Parkland — part of the Miami metropolitan area — and there are many Halloween-themed stores nearby. Trick-or-treaters will likely be well outfitted since the poverty rate is 3.3%, less than one-fifth of the state’s rate. The town will host a Halloween event in the library on Oct. 26 for children between 3 and 7-years-old. 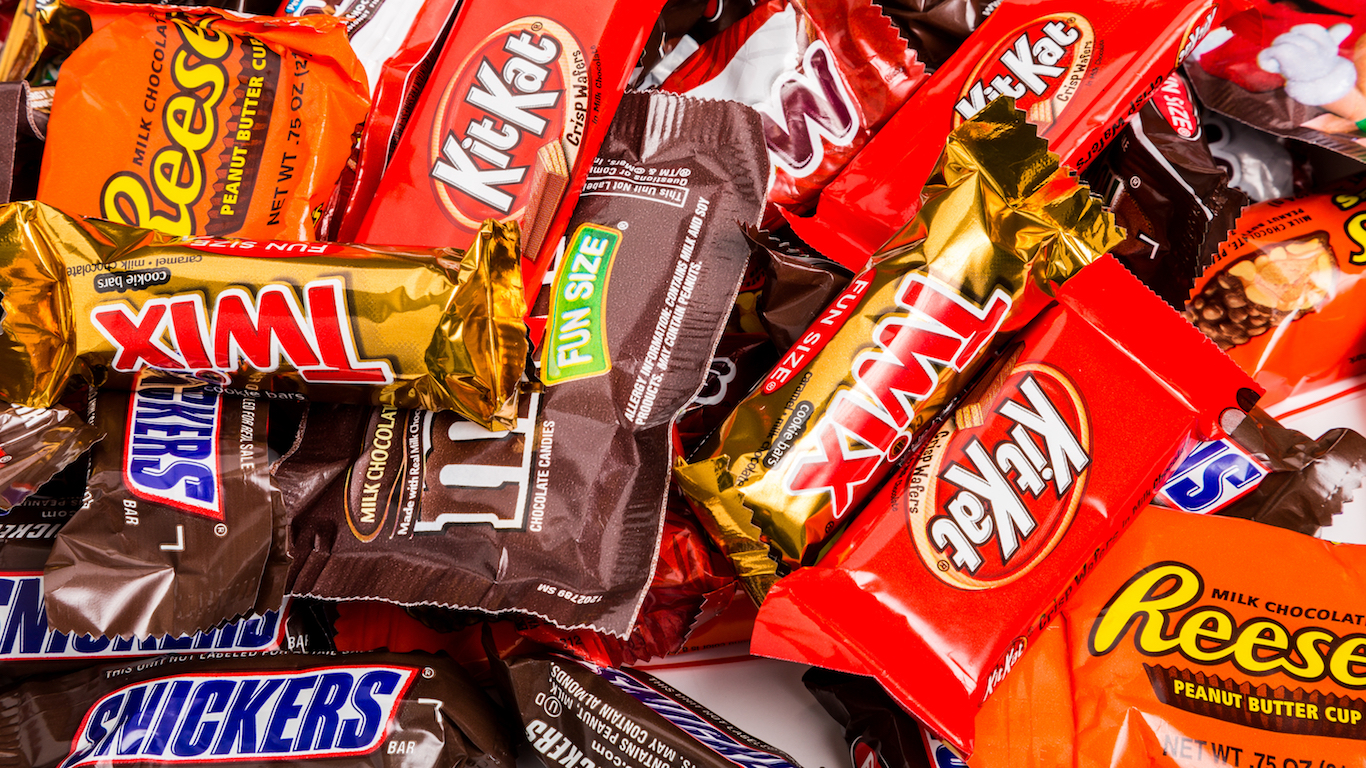 Holly Springs, a suburb north of Atlanta, routinely ranks among the top on safest city lists. At 99.5%, it has one of the highest shares of occupied housing units. The Paranoia Haunted House is located just north of Holly Springs. To the southwest, Halloween celebrants can venture to the Folklore Haunted House.