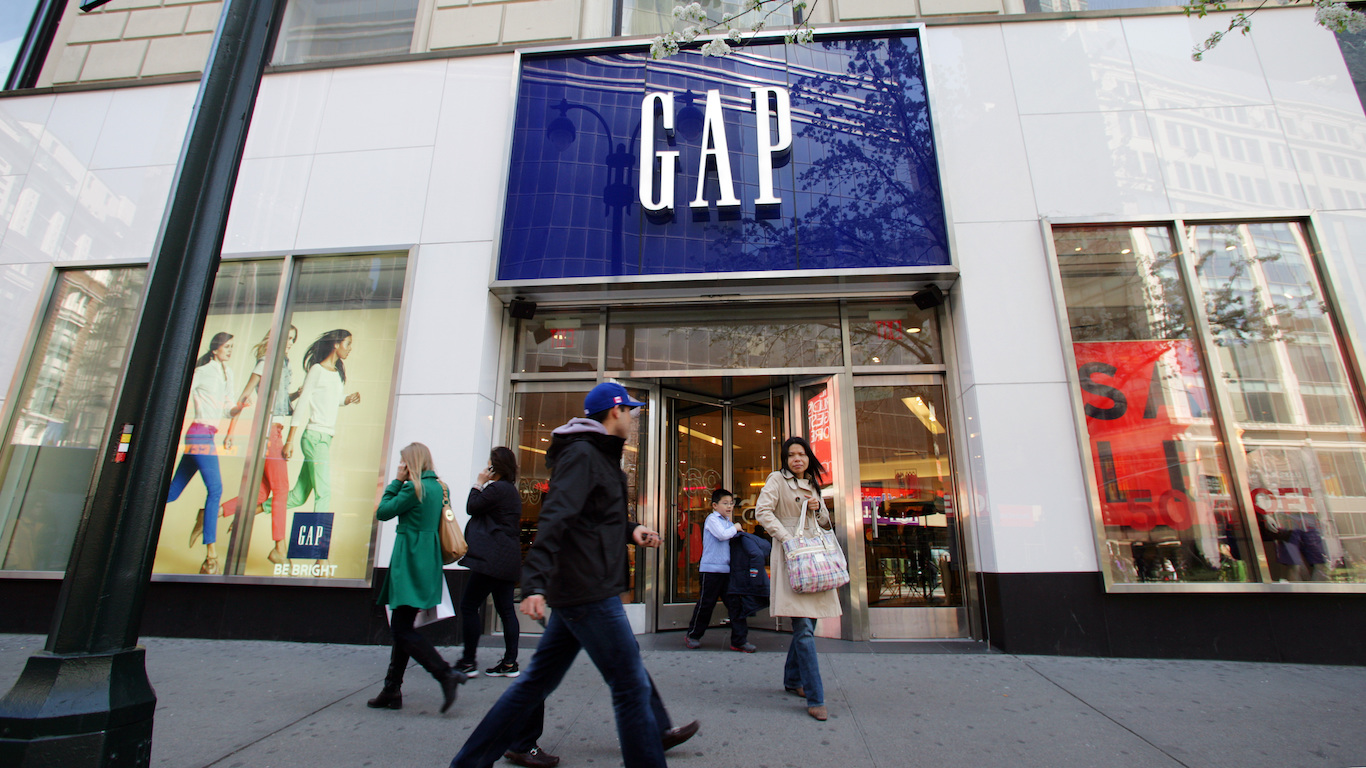 Like many brick-and-mortar retailers, The Gap, Inc. is hurting as online shopping becomes increasingly popular. The company closed some 244 North American stores in 2015 and 2016, only opening 180 over the same period. With revenues declining in each of the last two years, the company reported net sales of only $15.5 billion in fiscal 2017, a three-year low. Partially as a result, not only are company workers not paid well, but many are also being laid off. Currently, The Gap, Inc. employs some 135,000 workers, the fewest in five years and down from 141,000 in 2015. 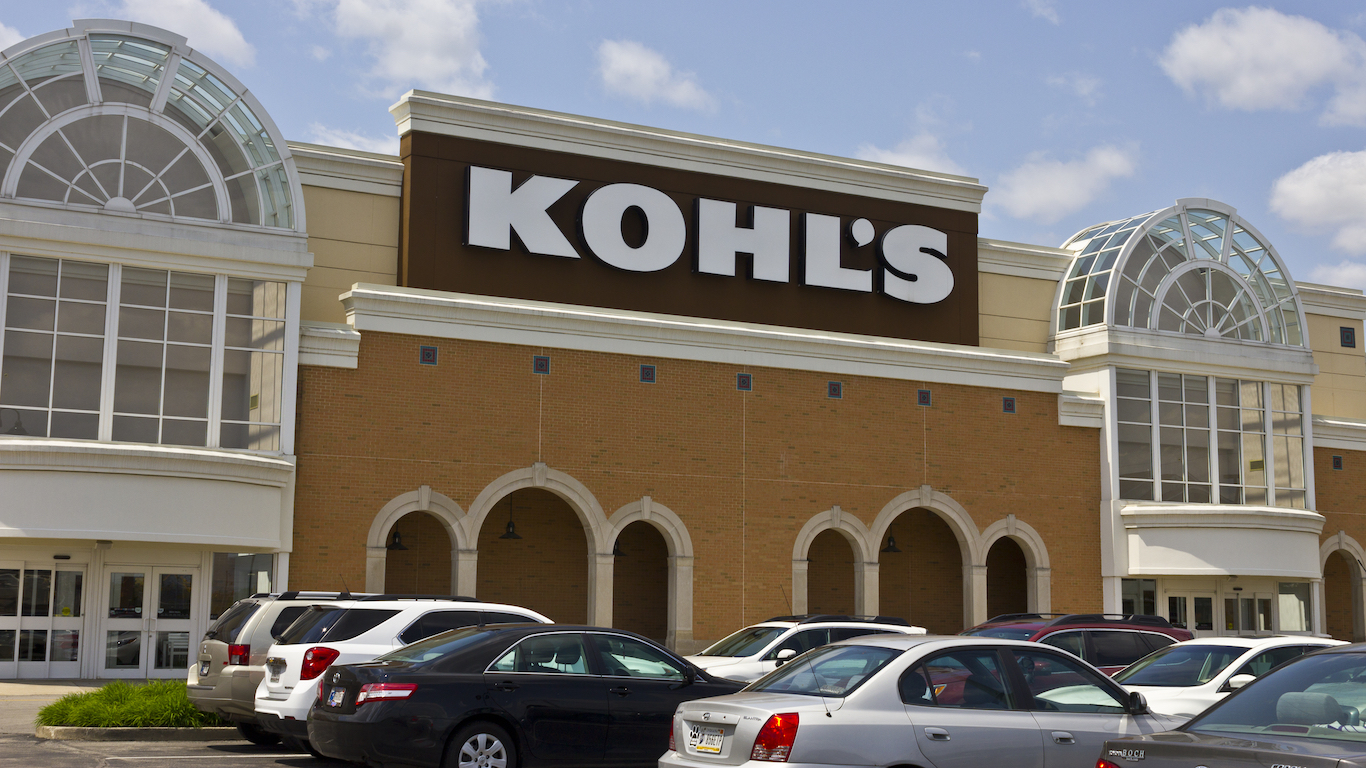 Department store chain Kohl’s Corporation employs about 32,000 workers full time and 106,000 part time. Sales floor associates, the most common type of job at Kohl’s department stores, earn little more than $8.71 an hour on average, far less than the national hourly median wage of $17.81. Furniture sales associates, the most common salaried job at the company, earn an average of only $20,871 per year, which is only a few hundred dollars above the poverty line for a family of three.

Kohl’s is one of many U.S. department stores forced to run leaner operations as online shopping becomes increasingly popular. The company’s revenue in fiscal 2017 was $18.7 billion, down from $19.2 billion the previous year. 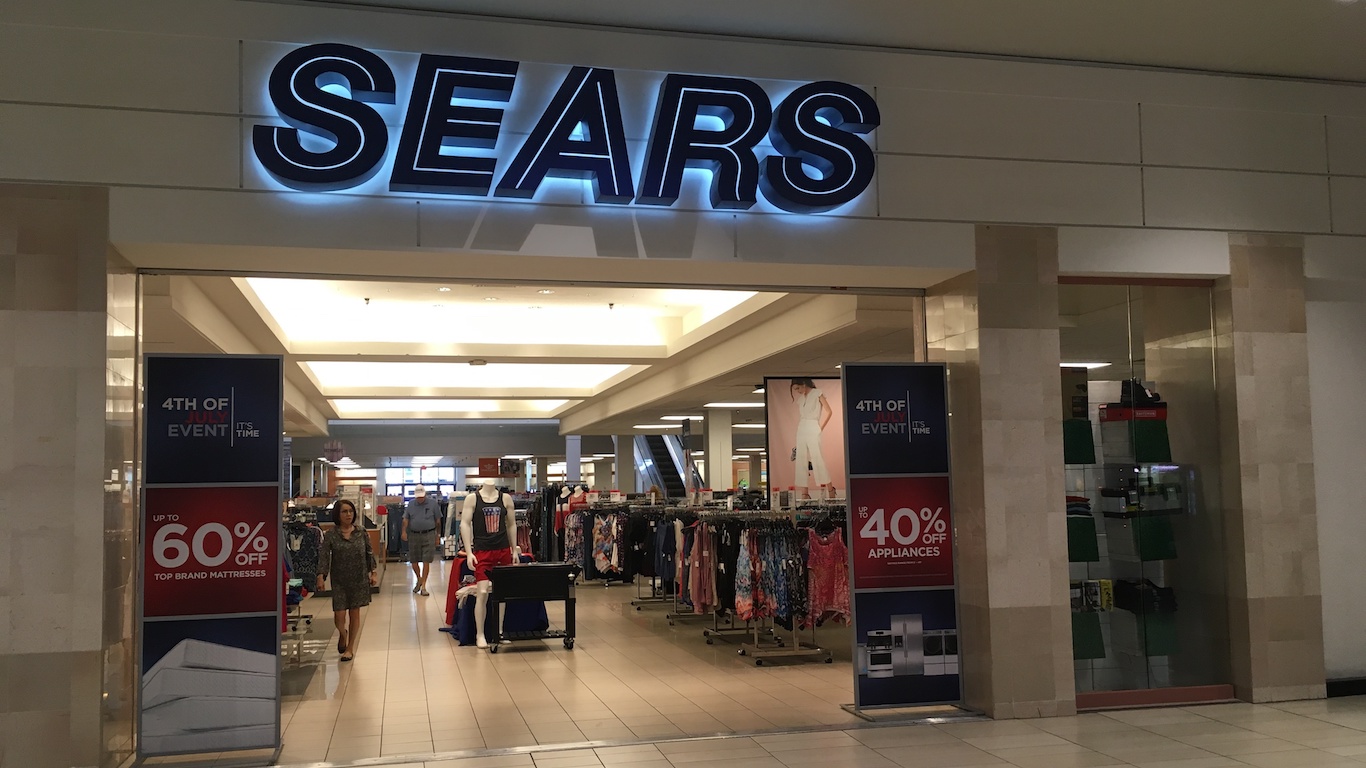 Sears Holdings Corporation is the parent company of both Sears and Kmart department stores. Sales associates at Sears department stores earn an average wage of only $8.54 an hour. Cashiers earn an even lower hourly wage of $8.37. To compare, the national median hourly wage is $17.81. Low wages do not likely help employee morale. Only 16% of Sears employees who have submitted reviews on Glassdoor approve of CEO Edward Lampert. Additionally, only about 1 in every 4 Sears employees reviewing the company on Glassdoor would recommend a job with the company to a friend. Morale and wages at the company’s Kmart department stores are not much better.

Low employee morale may currently be the least of the company’s problems. As e-commerce continues to gain favor with American consumers, traditional brick-and-mortar retailers like Sears are feeling the squeeze. So far this year the company has announced over 300 Sears and Kmart store closings. 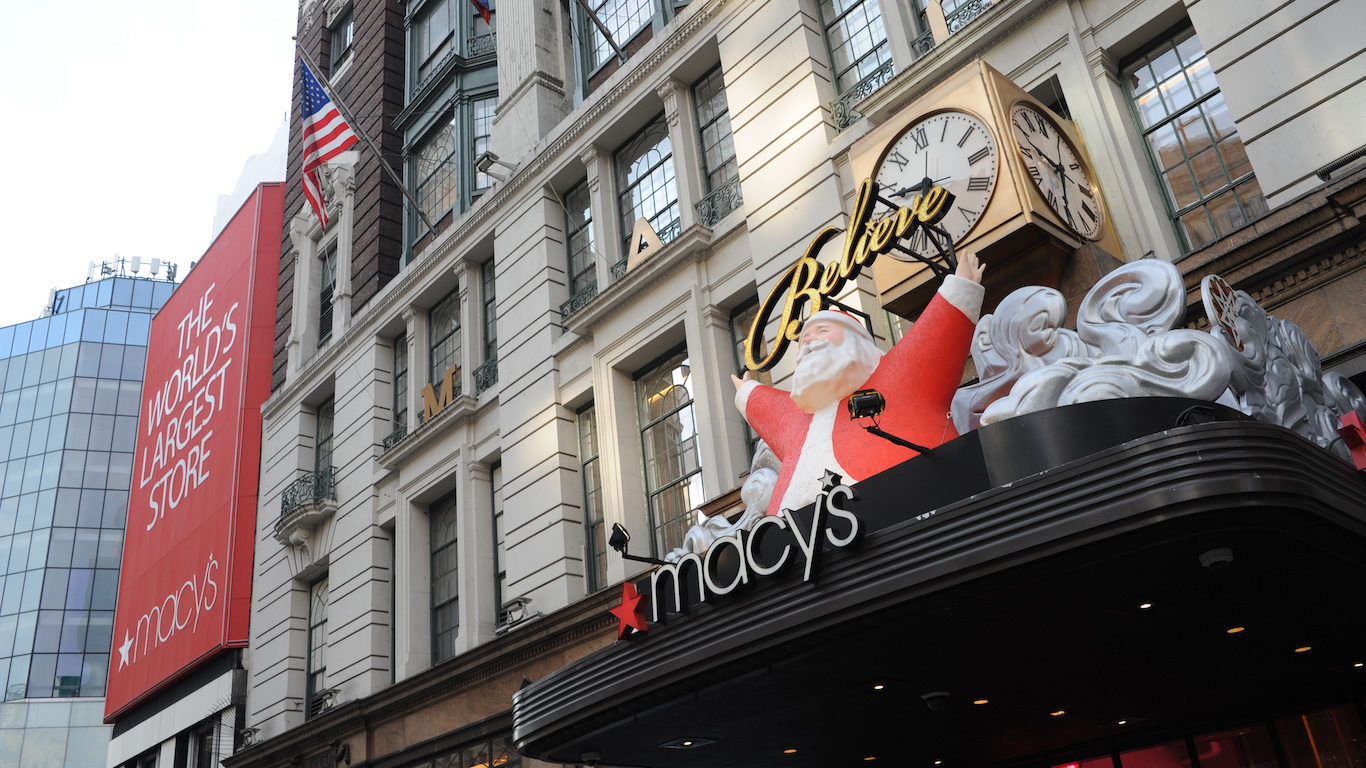 Macy’s Inc. employs some 148,300 Americans across 829 Macy’s, Bloomingdale’s, and Bluemercury stores. The Macy’s department store is by far the company’s largest brand with some 673 locations nationwide. According to Macy’s employee reviews submitted on Glassdoor, Macy’s sales associates, by far the most commonly reviewed job at the company, earn an average of only $9.40 an hour, far less than the national median hourly wage of $17.81.

It is unlikely Macy’s employees will see significantly higher wages in the foreseeable future. The company’s once seemingly untouchable market share is now losing ground to e-commerce and companies like Amazon. The company’s revenue has fallen in each of the last two years, and the company closed a net of 39 Macy’s department stores in fiscal 2015. 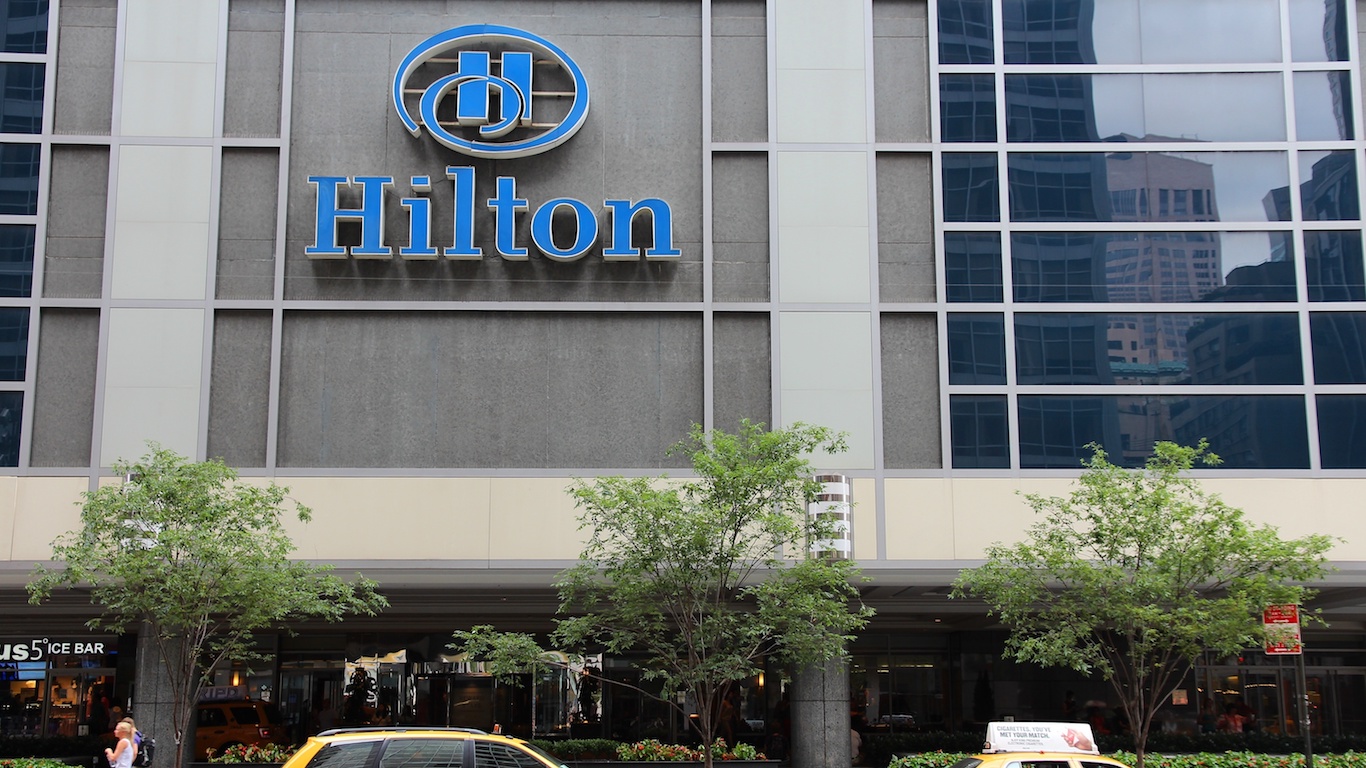 Hilton Worldwide Holdings operates several hotel chain brands, including Embassy Suites, Hampton Inn, and Hilton Hotel and Resorts. The company is among the largest and lowest paying in the United States.

Two of the most commonly reviewed jobs on Glassdoor are front desk agent and guest service agent, positions that report an average hourly wage of $11.80 and $12.17, respectively. To compare, the national median hourly wage is $17.81. Meanwhile, hotel attendants, the most commonly reviewed salaried position, report an average annual salary of only $21,895 a year, which is only slightly higher than the poverty line for a family of three.