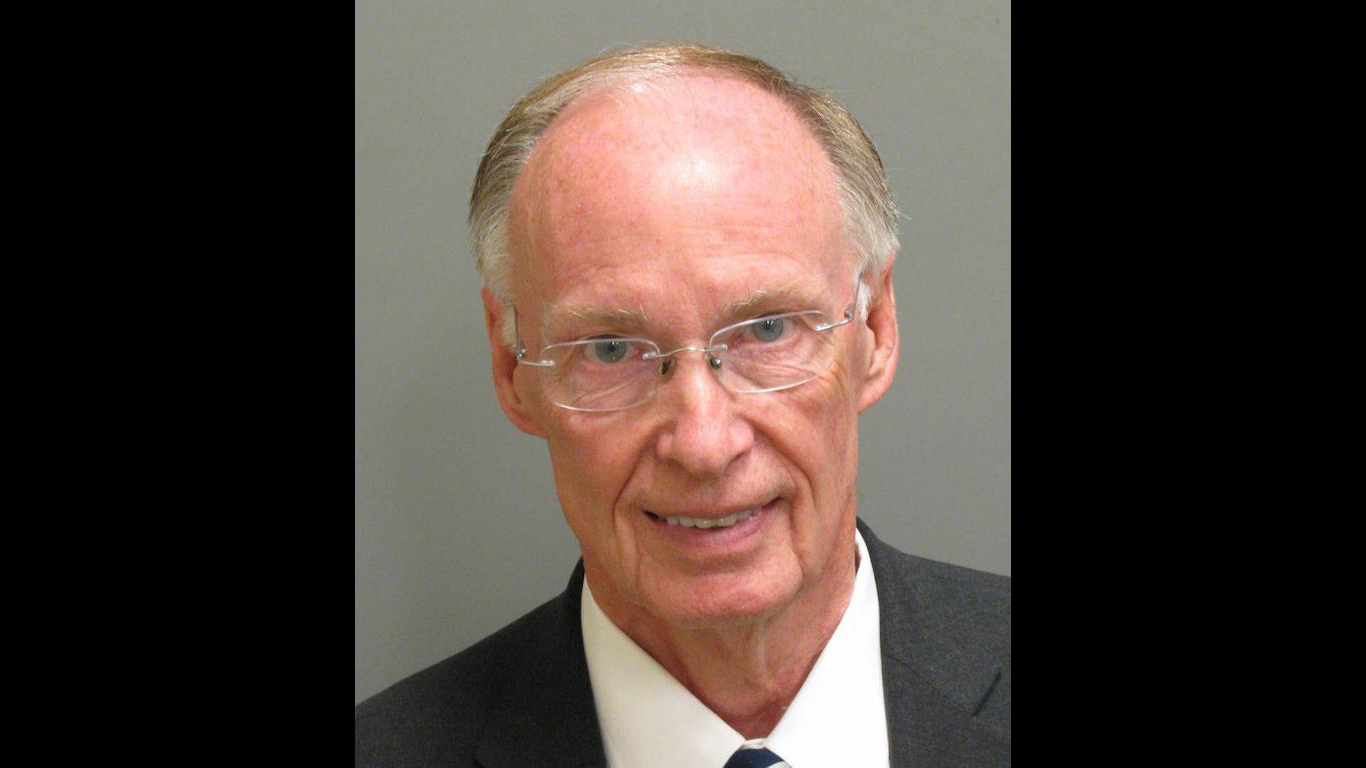 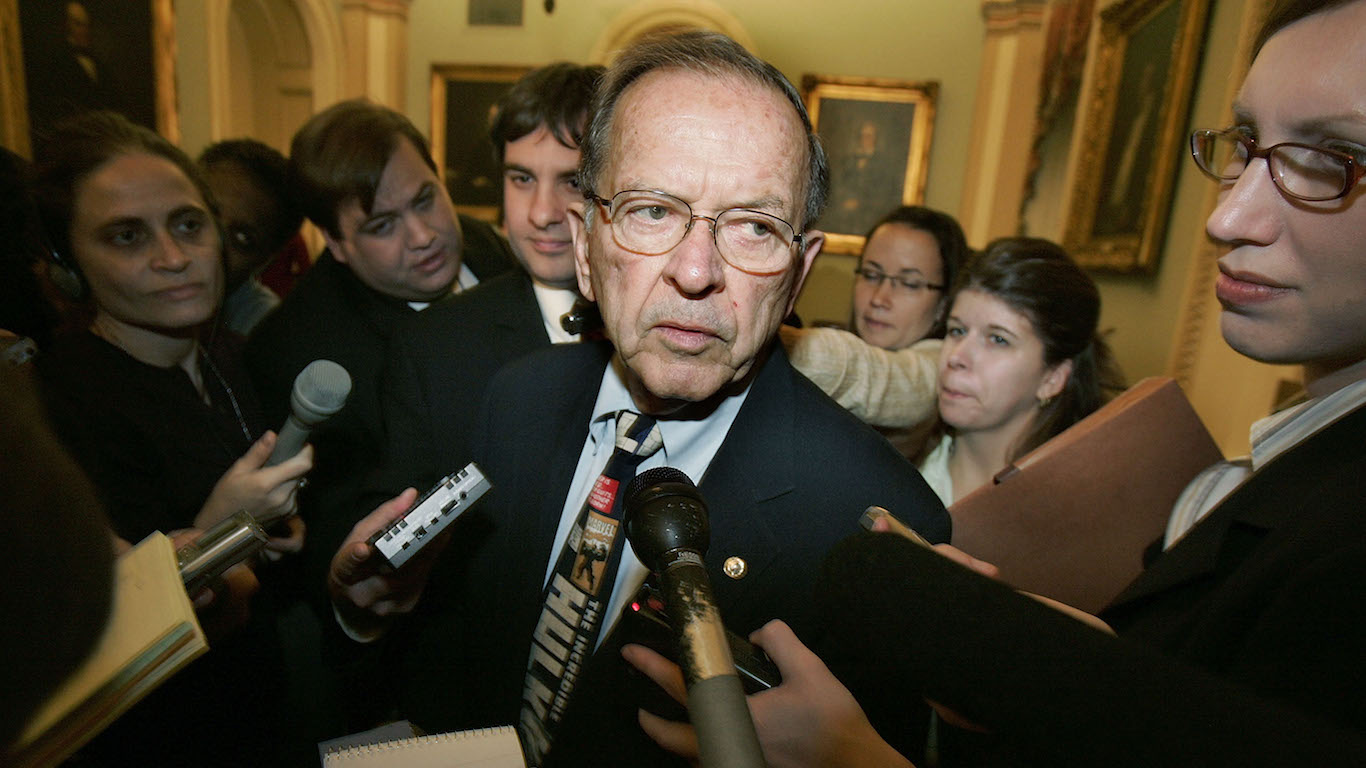 Sen. Ted Stevens was hobbled by a corruption scandal in 2008 that probably cost him the election. Prosecutors had claimed Stevens failed to report the full value of renovations performed on a house he owned in Alaska. However, a federal judge in 2012 determined from a special investigation report that Justice Department prosecutors hid evidence that could have potentially helped Stevens defend himself. Stevens never got the chance to try to clear his name. He died in a plane crash in 2010. 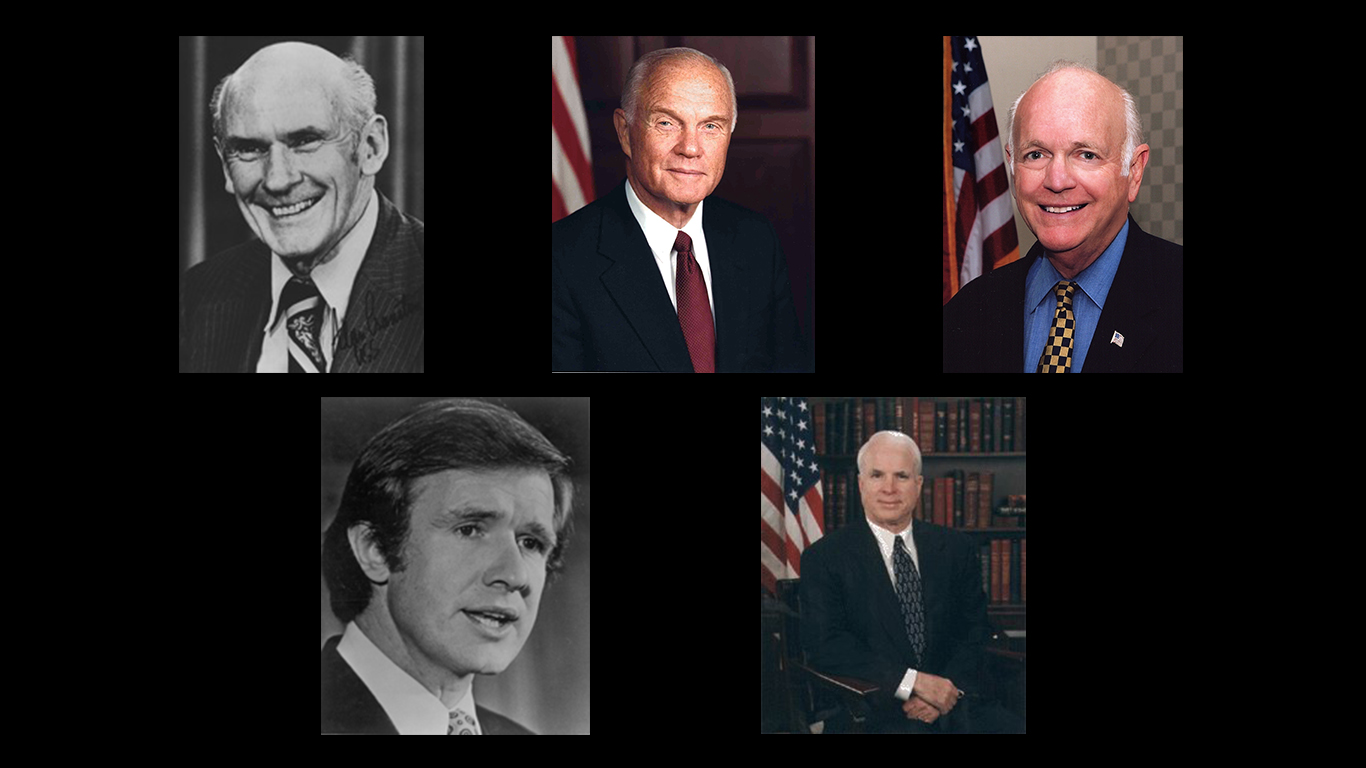 Arizona senators John McCain and Dennis DeConcini were two of five senators involved in the Keating Five scandal. The incident involved legislators who intervened on behalf of the failed savings and loan Lincoln Savings and Loan Association. All of the senators had received political contributions from Lincoln executive Charles Keating. Eventually, Lincoln was seized by the Federal Home Loan Bank Board. Lincoln’s bailout cost taxpayers $3 billion. A Senate Ethics Committee said DeConcini’s conduct was “inappropriate” but did not break any rules. The committee determined that McCain had exercised “poor judgment” when he met with regulators, but he was cleared of all charges. 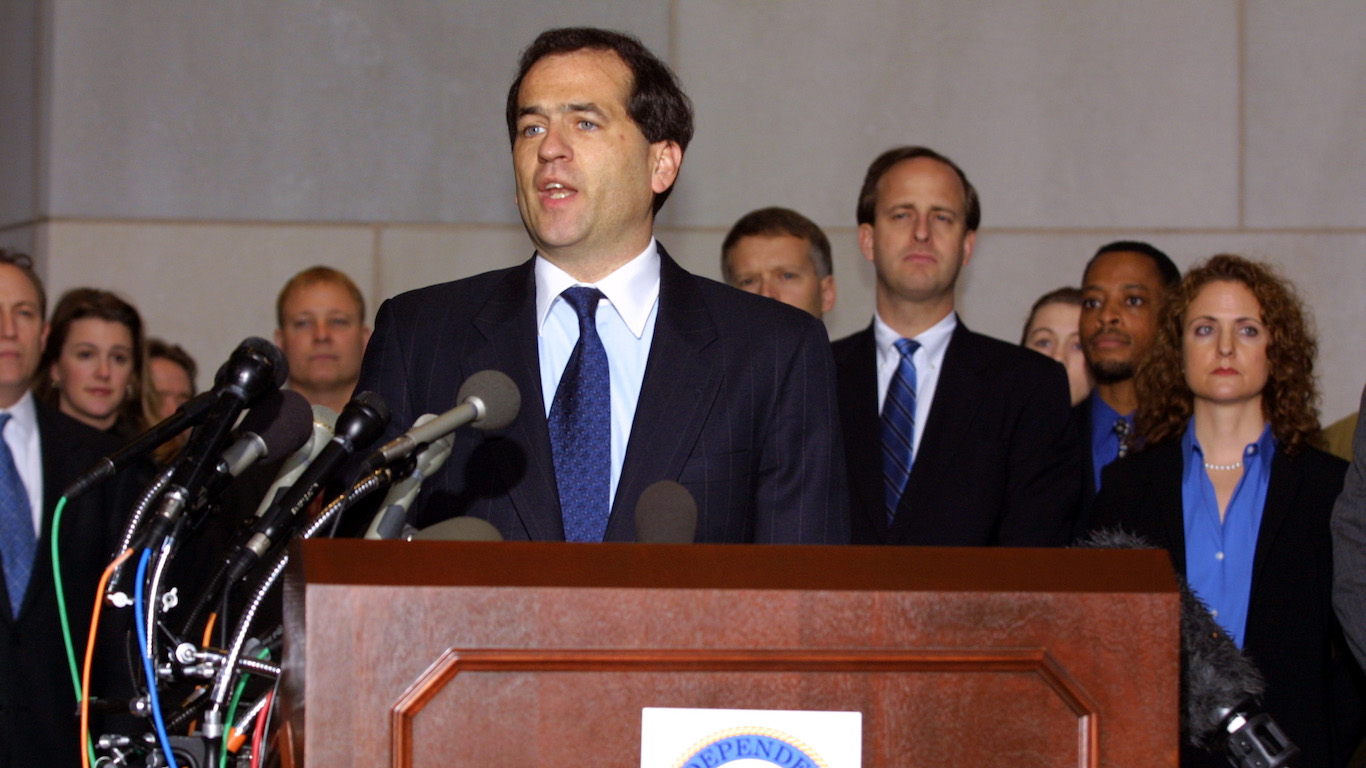 The scandal that followed the Clintons to the White House originated in their business dealings with a real estate company and a savings and loan. In 1978, then-Arkansas Attorney General Bill Clinton and his wife Hillary partnered with James and Susan McDougal to form the Whitewater Development Corp. to build vacation homes. The alleged improprieties stemmed from loans on land deals from James McDougal’s savings and loan Madison Guaranty. Questions about speculative land deals drew the interest of federal investigators in 1984. Investigations into alleged misconduct involving Whitewater and Madison Guaranty would continue throughout Clinton’s presidency. 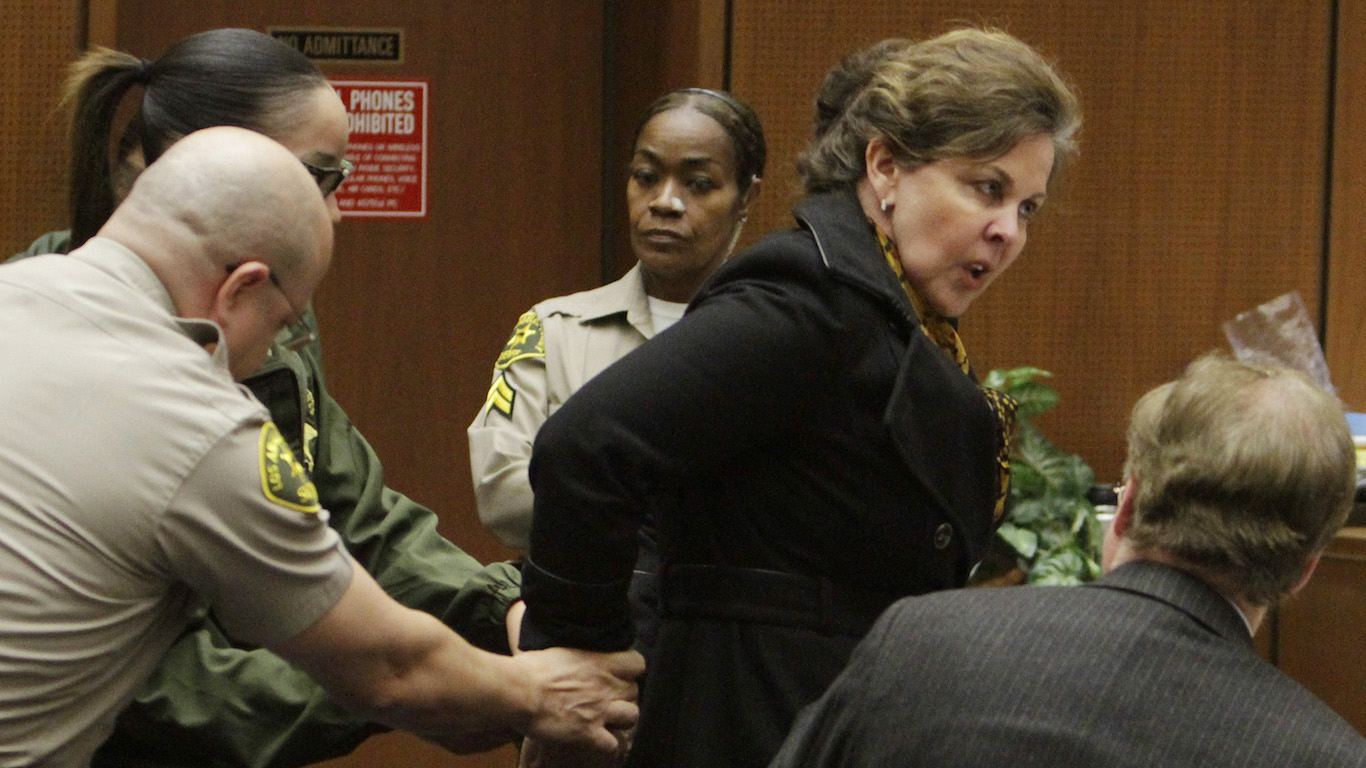 City officials bilked the blue-collar town of Bell, California, out of $5.5 million in a scandal that broke in 2010. Robert Rizzo, the former city manager, received a 12-year prison sentence and was ordered to make restitution of $8.8 million. He pleaded no contest to 69 charges of fraud and misappropriation of public funds. Rizzo had drawn a salary of $800,000 in a city of about 40,000 where one-fourth of the residents live below the federal poverty level. Rizzo also was guilty of income tax evasion.