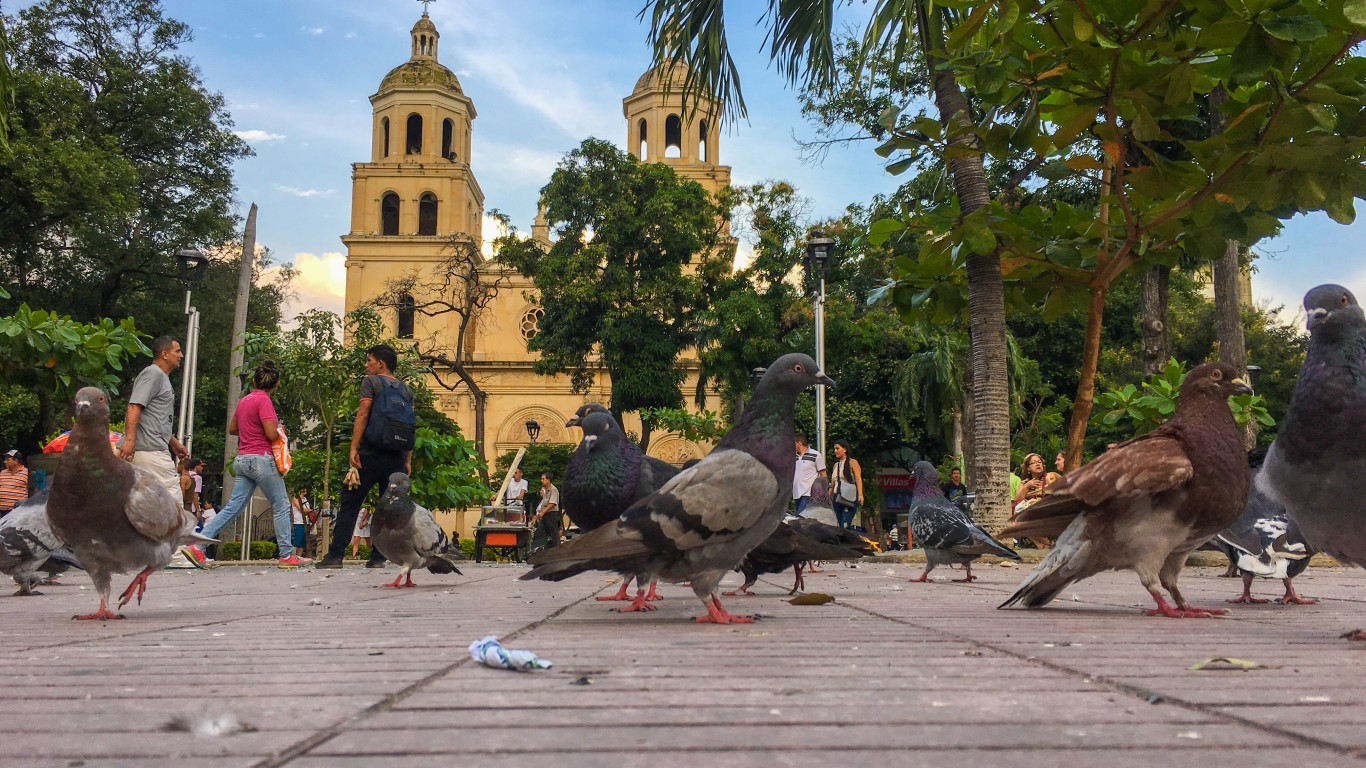 The November 2016 peace deal between the government and FARC rebels not only put an end to a half-century of conflict in Colombia but also lowered the country’s homicide rate to its lowest level in 40 years. The end of this hostility had an overall calming effect in this country of 49 million people. As a result, one Colombian city was knocked off the list, and the ranking of the remaining three cities declined. The ranking of Cúcuta, which borders Venezuela in the country’s northeast, dropped to 50th from 48th. 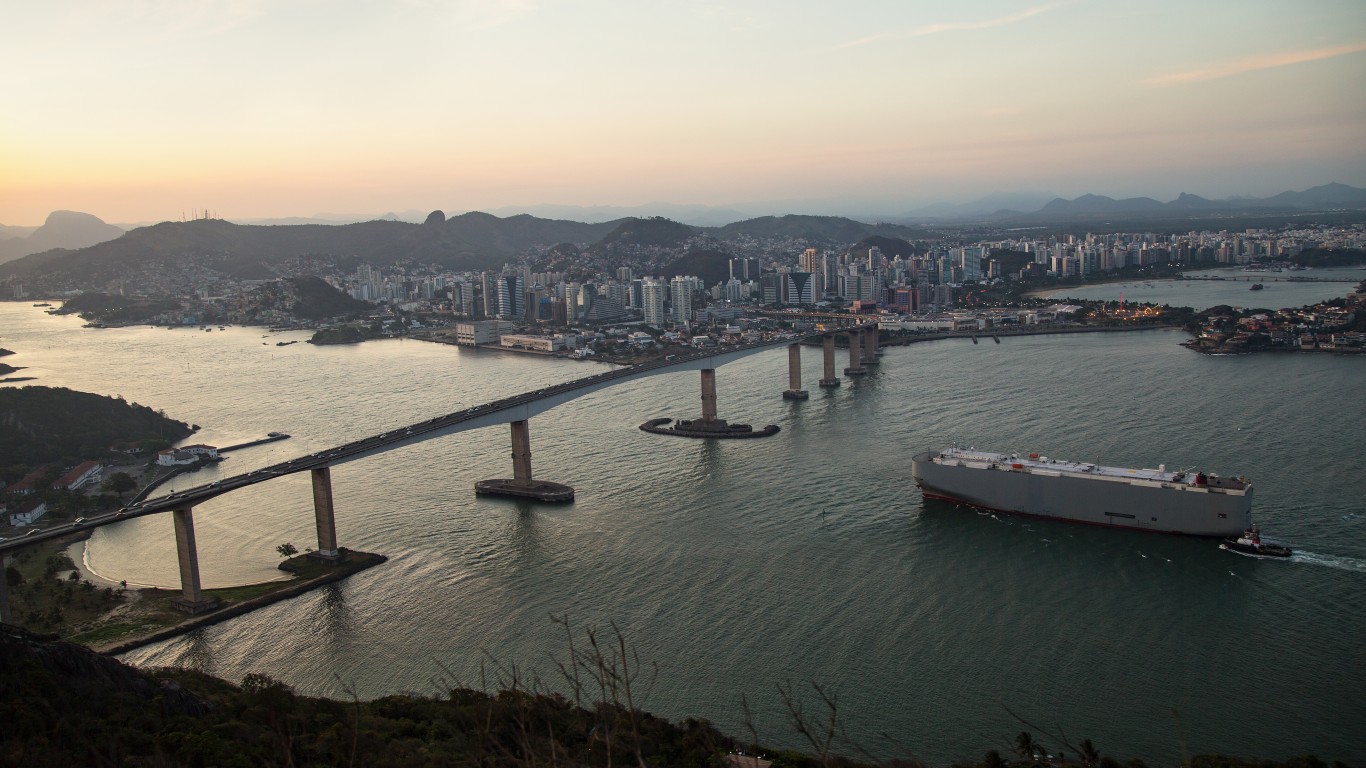 When police in this city north of Rio de Janeiro went on strike in early February 2017, the effect was immediate. Five days after the strike began, more than 100 people had been murdered, compared to four in the entire month of January. Severe economic conditions and poverty, exacerbated by the 2014 Brazilian economic crisis, the worst in the country’s history, has caused a surge in crime and violence in many of the country’s larger cities. Though the economy finally recorded modest growth in 2017, the police strike was an ugly reminder of how tenuous the security situation can be in the country’s most violent cities.

24/7 Wall St.
Cities Where Americans Struggle to Afford Their Homes 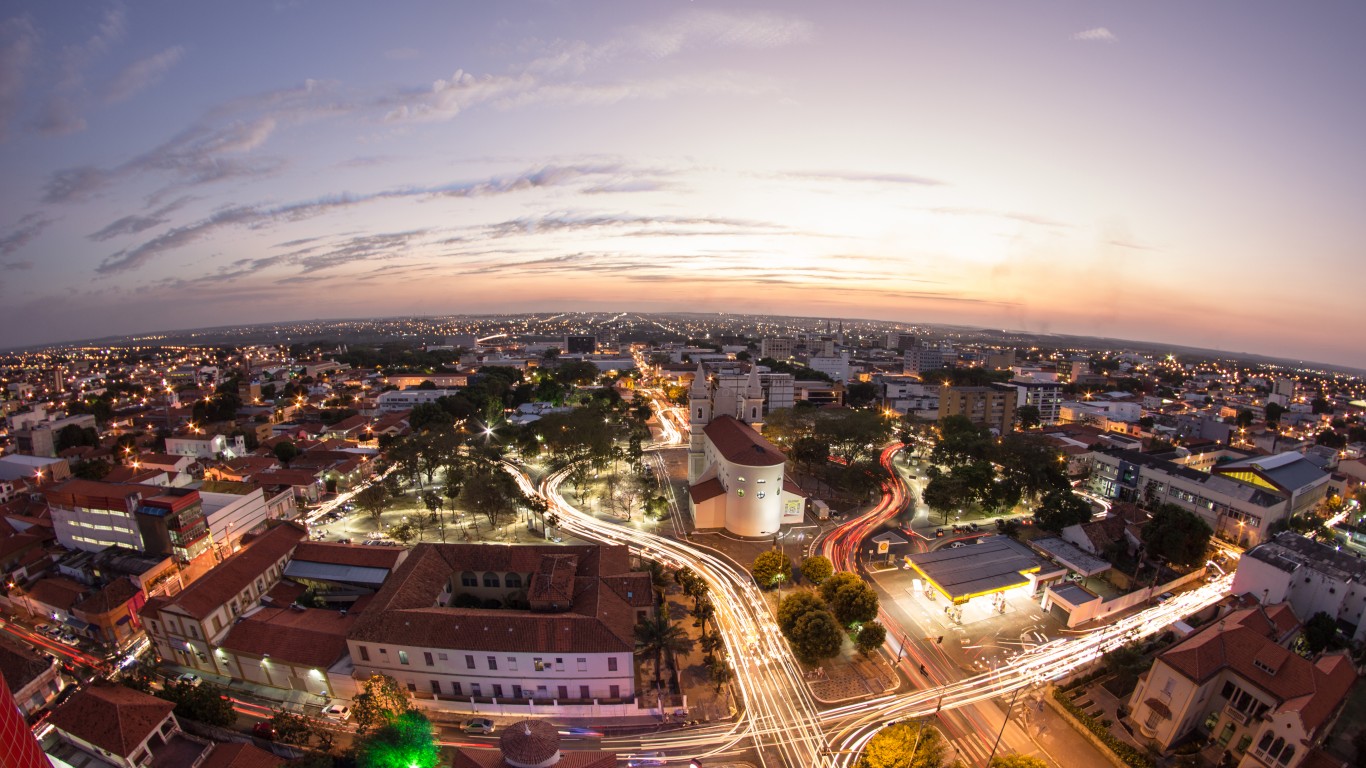 This industrial city is situated in Brazil’s northeastern region, the country’s poorest. The region’s extreme poverty has contributed to Teresina having one of the highest homicide rates in the world. But the situation was a little less grim in 2017. Teresina’s ranking dropped from No. 20 in 2015 to No. 38 in 2016 and to No. 48 last year as the country began to dig out of its worst recession on record and returned to growth last year. Economic growth can improve public security as more people find work. Often, however, that improvement depends on where people live and how much access they have to jobs. 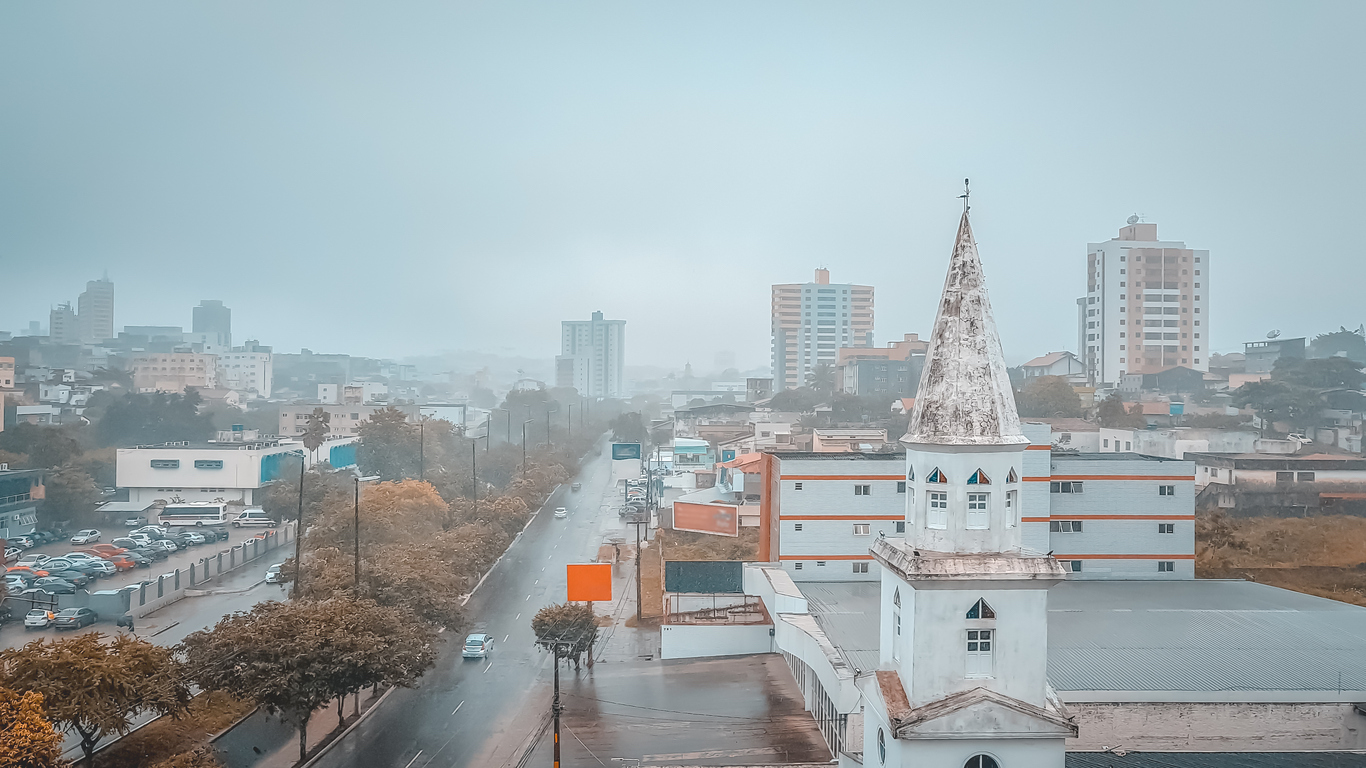 One of the main technological and educational centers in Brazil returns to the list after a 2016 hiatus. Prior to that, Campina Grande ranked 40th and 30th in 2015 and 2014, respectively. An uptick in violent crime last year linked to drug gangs put the city back on the list, underscoring the often haphazard results of law enforcement efforts. Brazilian crime tends to wax and wane depending on where military assets are deployed to fight gang activity. Police have been most effective combating competing drug gangs in São Paulo and Rio de Janeiro, where crime has dropped significantly. 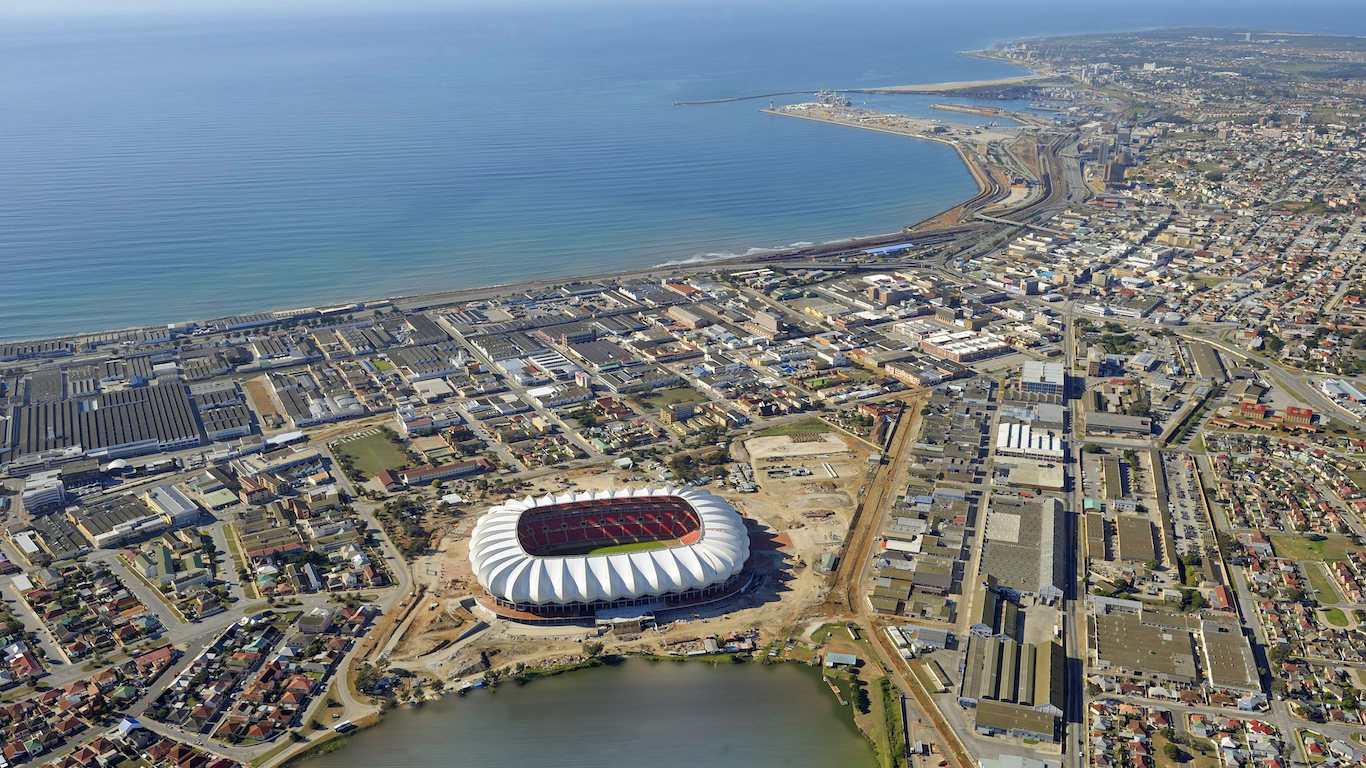 Though the homicide rate in Nelson Mandela Bay, which comprises the city of Port Elizabeth and surrounding area, declined for the third consecutive year, it remains one of the three most dangerous South African cities. This port municipality on the country’s southern coast, as well as the other South African cities on the list, is enduring gang violence and a general sense of lawlessness in some areas. Overall crime in South Africa declined last year, led by a reduction in sexual and other forms of physical assault. The murder rate, however, has increased.