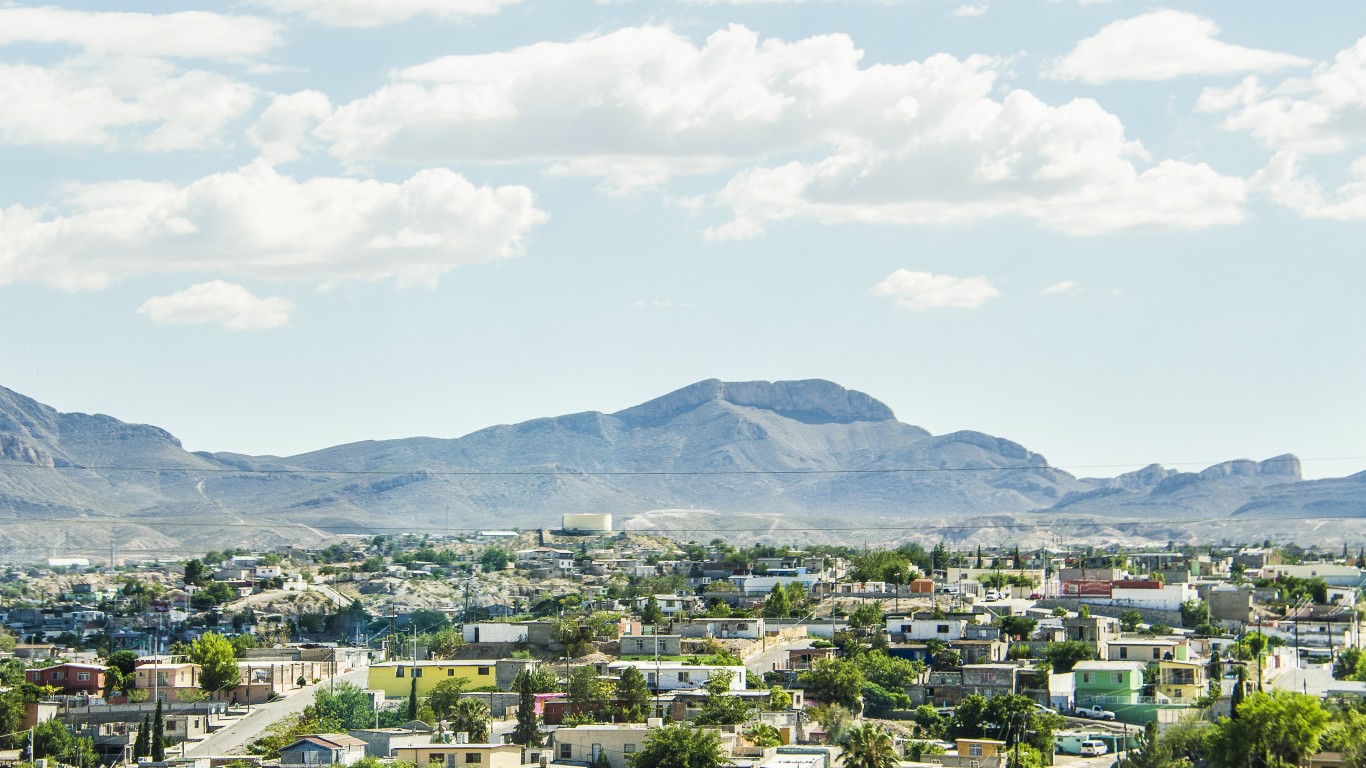 Like in the city of Chihuahua, 225 miles to the south, there was an increase in the murder rate in the border city of Juárez in 2017 compared to 2016. And much like the eponymous state capital, the reasons seem to be linked to an increase in turf wars among street-level meth dealers with connections to larger criminal organizations. The city reported more than 700 murders last year, including 87 in December alone, as rival drug gangs escalated their activities. 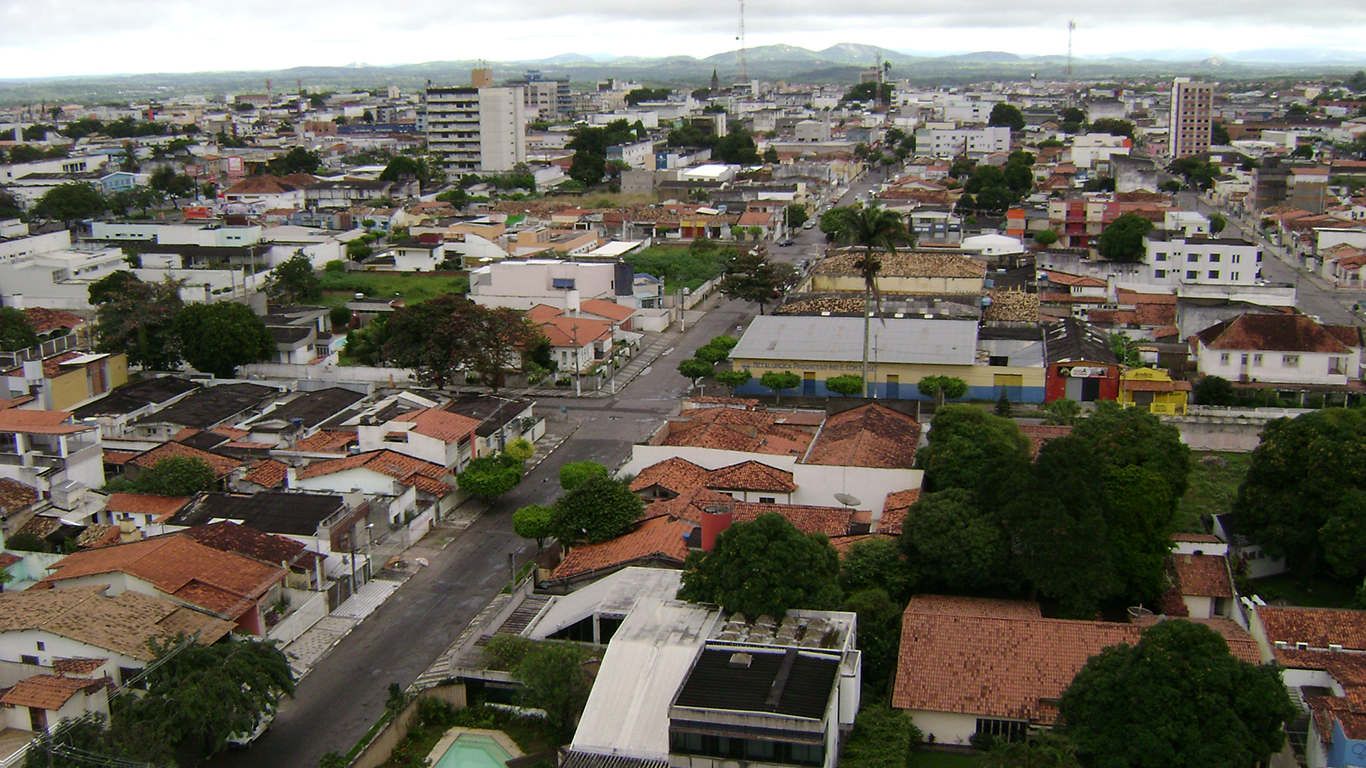 Unlike the nearby port city of Salvador, Feira de Santana’s homicide rate has been in the top 20 since 2016. The city is a crossroads for goods coming from the south and central parts of the country into Salvador, 60 miles to the southeast. This conduit enables drug trafficking that feeds gang-related activity. As the homicide rate dropped in Salvador, it has increased in nearby Feira de Santana.

24/7 Wall St.
Most Popular Boy Names Unique to Every State 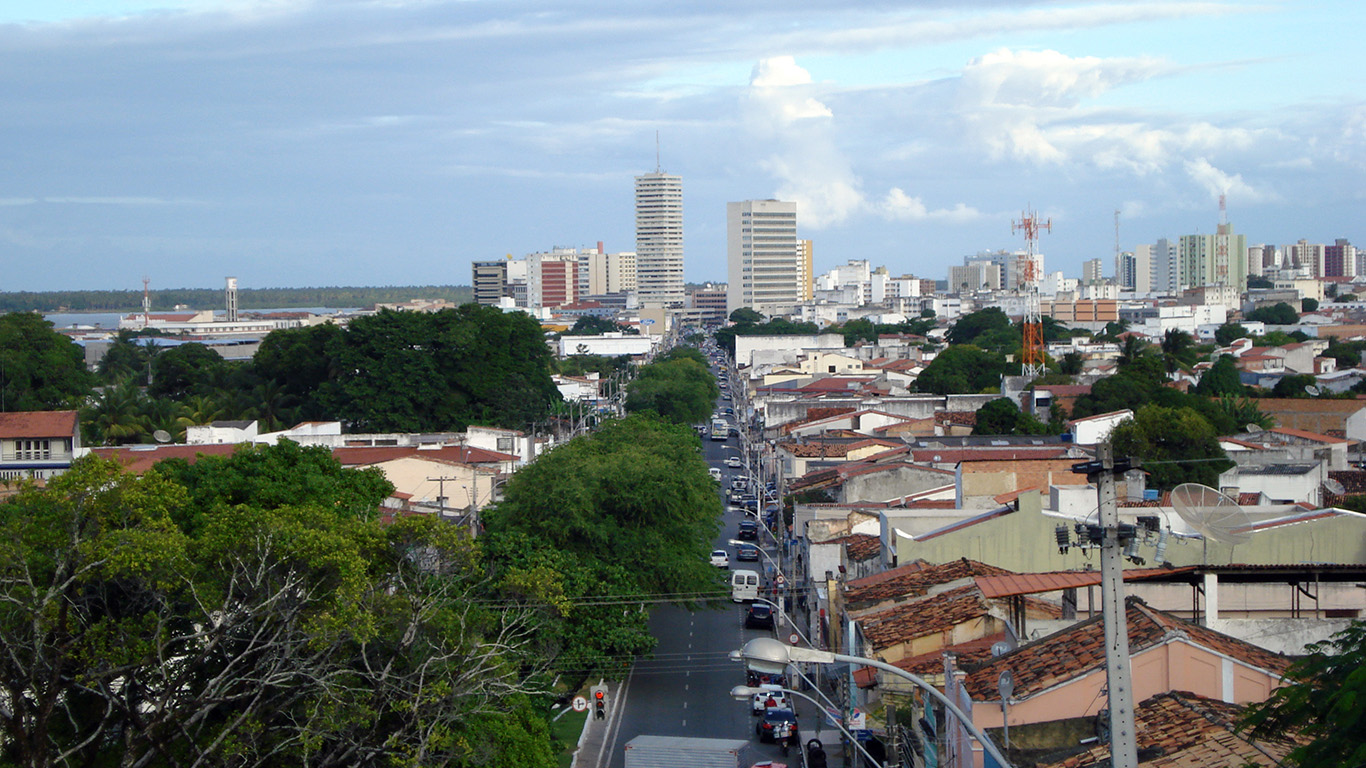 With heavy government investment in infrastructure and promotion and pleasant weather year-round, Aracaju has emerged as a tourism center for eastern Brazil. But its homicide rate makes it Brazil’s sixth most dangerous city, and the trend in recent years is worrying. Tourism can attract the drug trade, which can attract rival gang activity that requires heavy police enforcement to combat, as it does in Rio de Janeiro. In 2014, Aracaju ranked 39th on the list with 34.2 homicides per 100,000 residents; since then the murder rate has increased 72%. 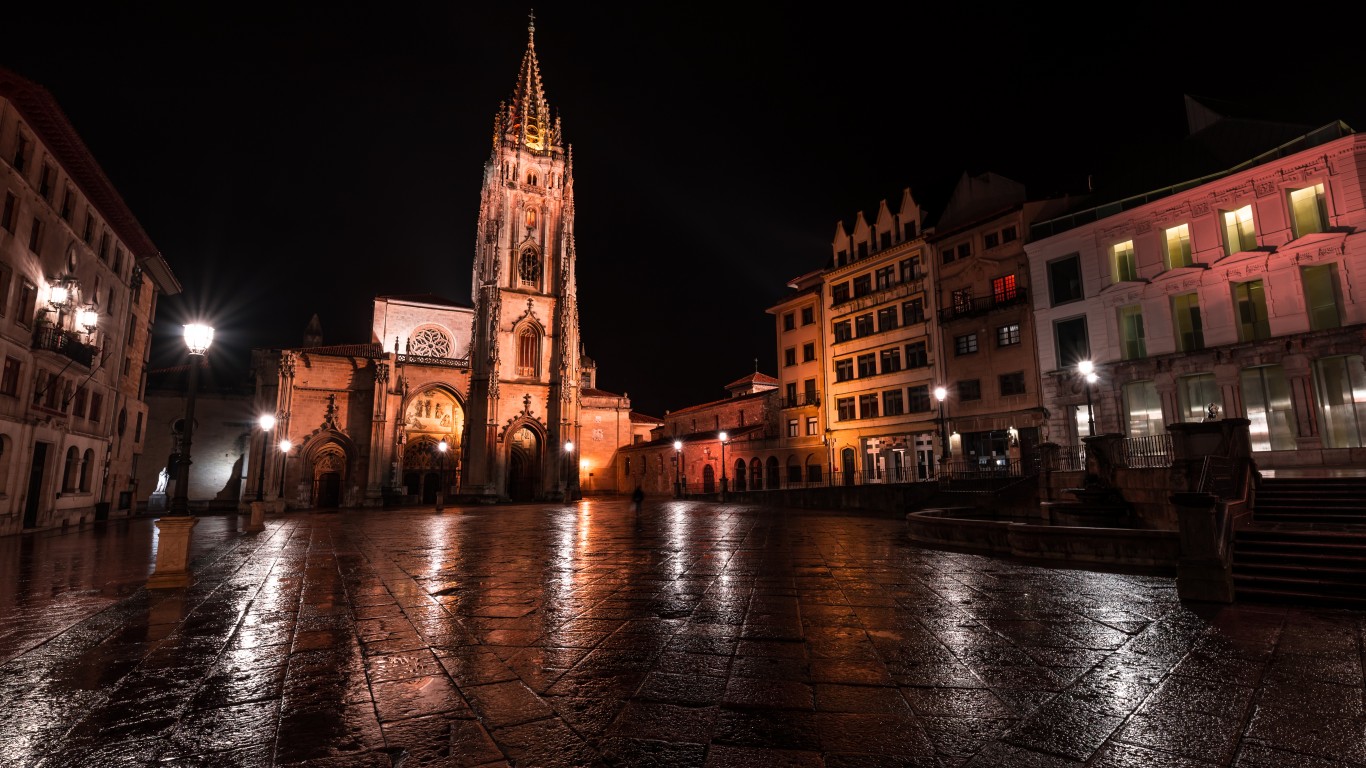 Like the other two countries of the Northern Triangle, El Salvador has been facing violent street gangs and drug traffickers that have turned many of its streets into war zones. As a result, thousands have fled the area’s economic hardships and danger, attempting to enter the United States. In 2017, the homicide rate dropped in the capital city of San Salvador as police and military stepped up enforcement action, but the city has been in the top 20 most dangerous cities since 2014, hitting No. 3 two years ago. 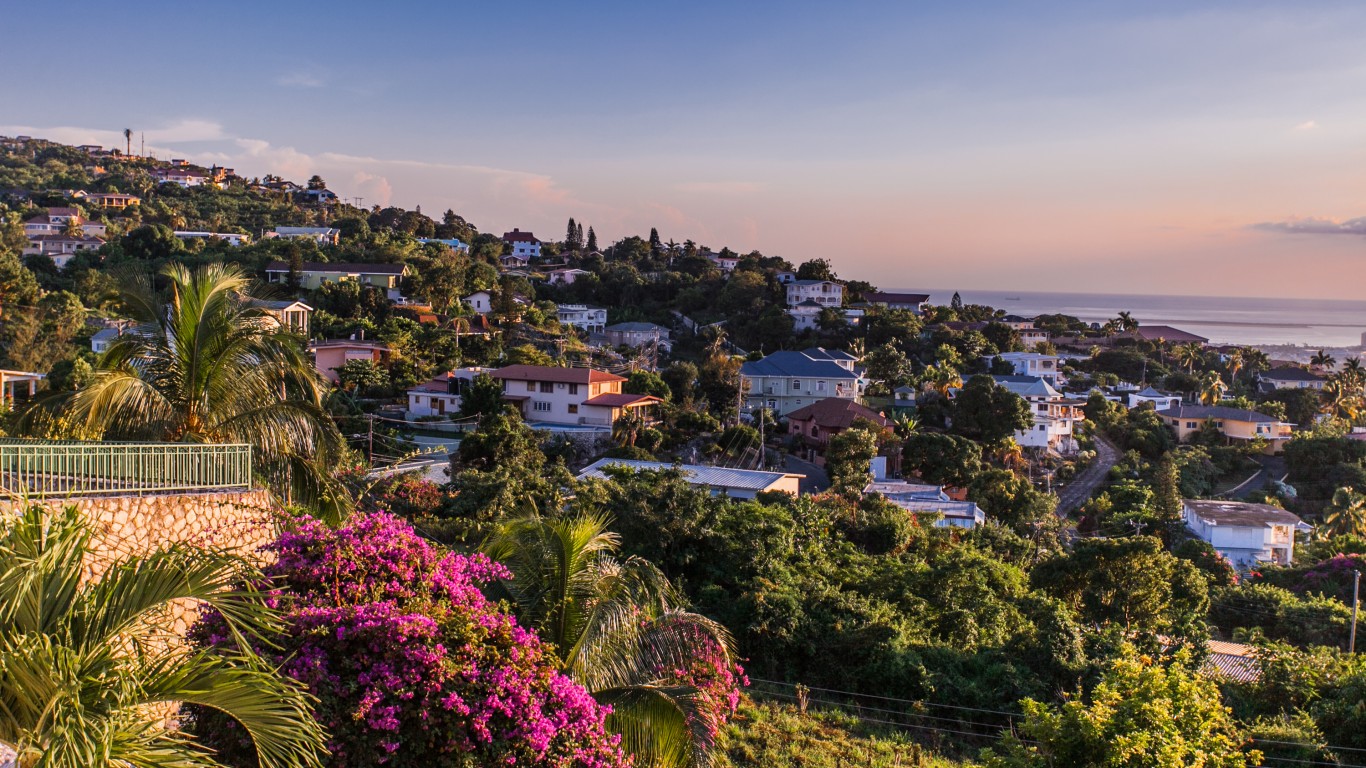 The homicide rate in Jamaica’s capital jumped last year after several years of improvement. The increase comes as local authorities stepped up enforcement actions against Jamaican “posses,” a local term for criminal gangs, that fight over turf in Jamaica and its surrounding parishes. Like elsewhere, killing can spike after gang leaders are killed or arrested by police, as gang members seek retribution against police or snitches, or fight to replace the ousted leaders. Last year, Kingston fell back into the list of the top 20 most dangerous cities for the first time since 2013.

The homicide rate in Jamaica’s capital jumped last year after several years of improvement. The increase comes as local authorities stepped up enforcement actions against Jamaican “posses,” a local term for criminal gangs, that fight over turf in Jamaica and its surrounding parishes.