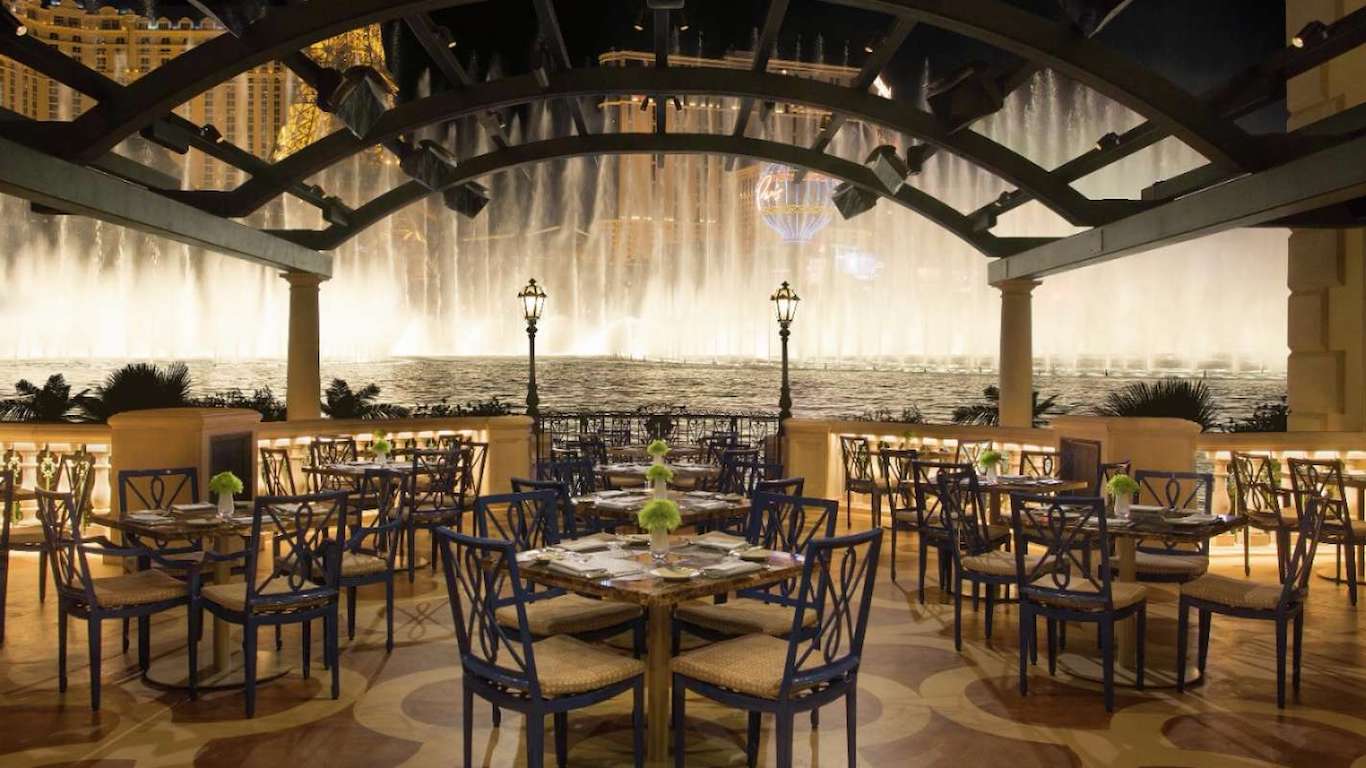 Located in the Bellagio Hotel, this is one of two Las Vegas steakhouses run by Alsatian-born celebrity chef-restaurateur Jean-Georges Vongerichten. In all, he is responsible for 23 establishments around the U.S. and 16 overseas. The menu, of course, is steak-heavy (certified A5 Japanese Kobe beef is one of the choices), but includes peekytoe crab cakes, pan-roasted Dover sole, and other seafood choices as well. Several years ago, the bar was remodeled at a cost of $1.1 million into a luxurious 2,723-square-foot lounge with an enclosed patio. 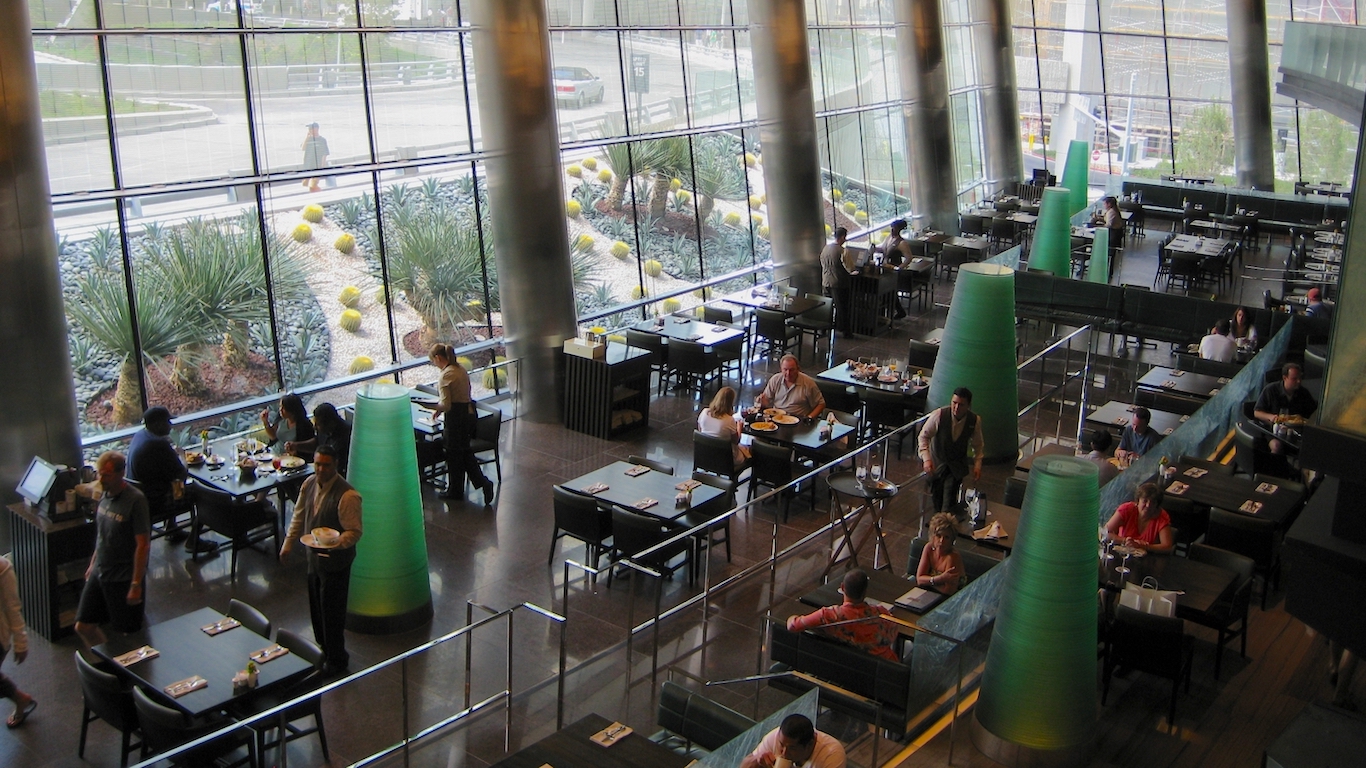 Open daily from 6 a.m. to 10 p.m., this casual café in the Aria Resort & Casino, with its terrazzo floors and sloping glass walls, offers diners everything from huevos rancheros to fish and chips, from a grilled cheese sandwich with tomato dipping sauce to a “secret sushi” menu. 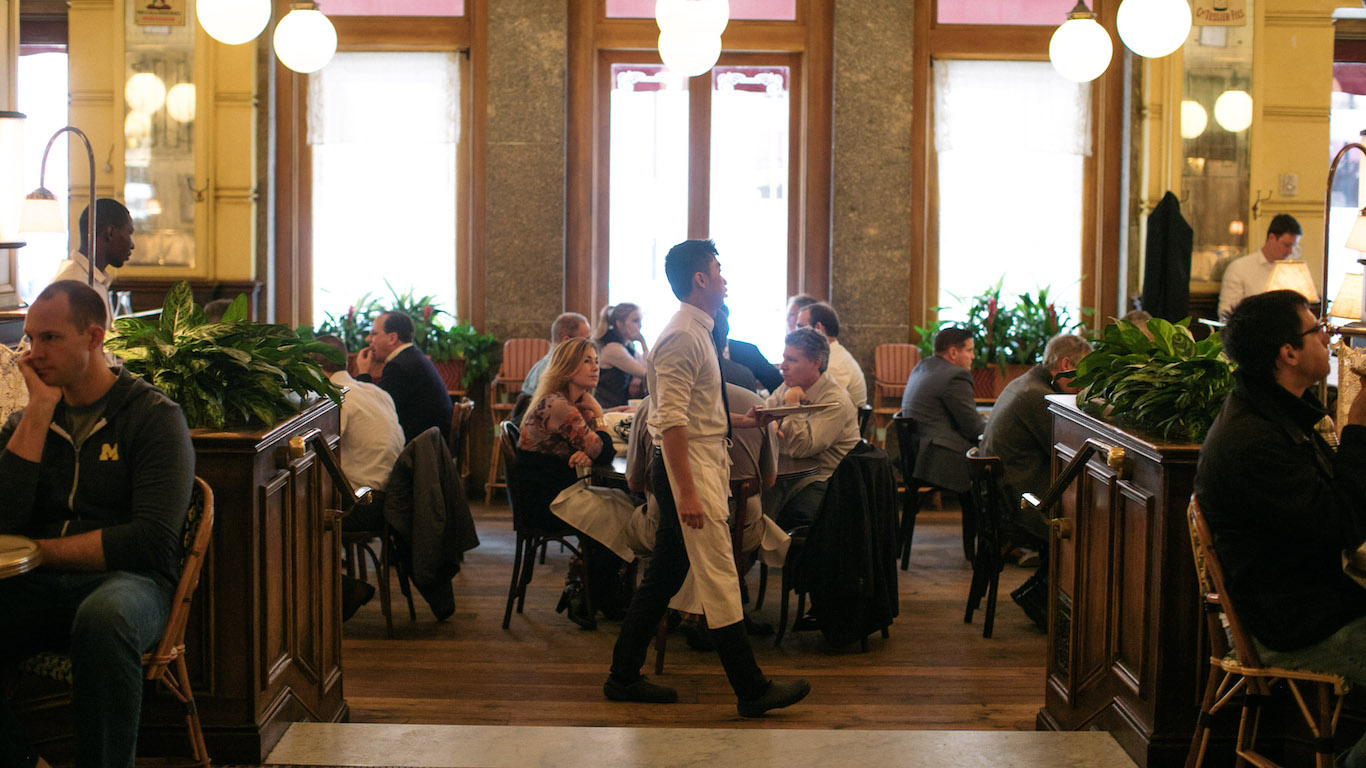 One of 37 Starr Group restaurants around the country (and in Paris), Parc is a French-style bistro/brasserie transported to Philadelphia. The menu covers all the bases for such places — oysters, onion soup, escargots, trout amandine, duck à l’orange, profiteroles, and the like — and there are daily specials, such as lobster risotto and bouillabaisse. 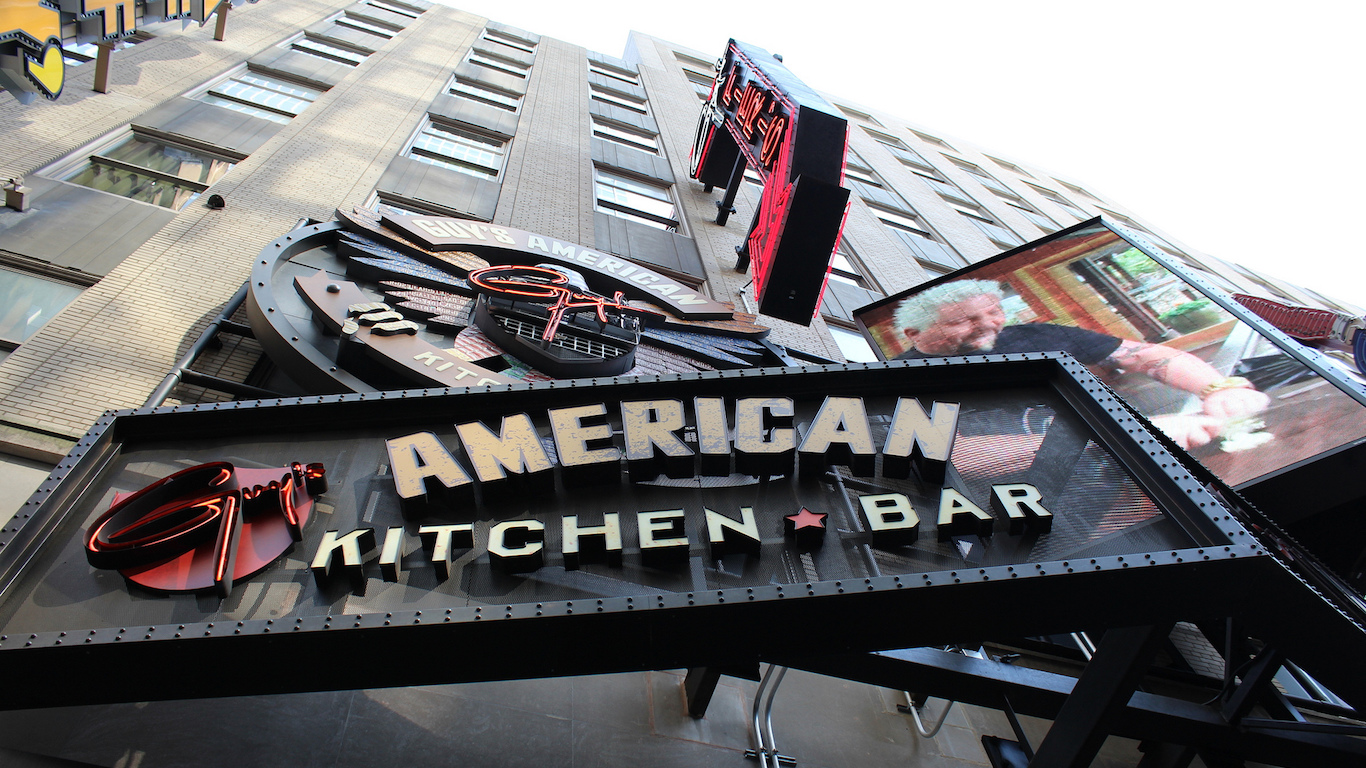 Guy’s — the guy in question being TV star and chef-restaurateur Guy Fieri — opened in late 2012 and was greeted with a now-legendary review by New York Times restaurant critic Pete Wells. “Guy Fieri, have you eaten at your new restaurant…?” Wells asked. He went on to describe a cocktail that tasted like radiator fluid and formaldehyde, “deeply unlovable” nachos, and Awesome Pretzel Chicken Tenders that were “very far from awesome.” That didn’t stop a couple of million Fieri fans from lining up outside to sample his “off-the-hook” cooking over the next five years. They’re not lining up anymore. Notwithstanding the restaurant’s healthy annual sales, Fieri and his backers closed the place on Dec. 31, 2017 for reasons that were never explained. 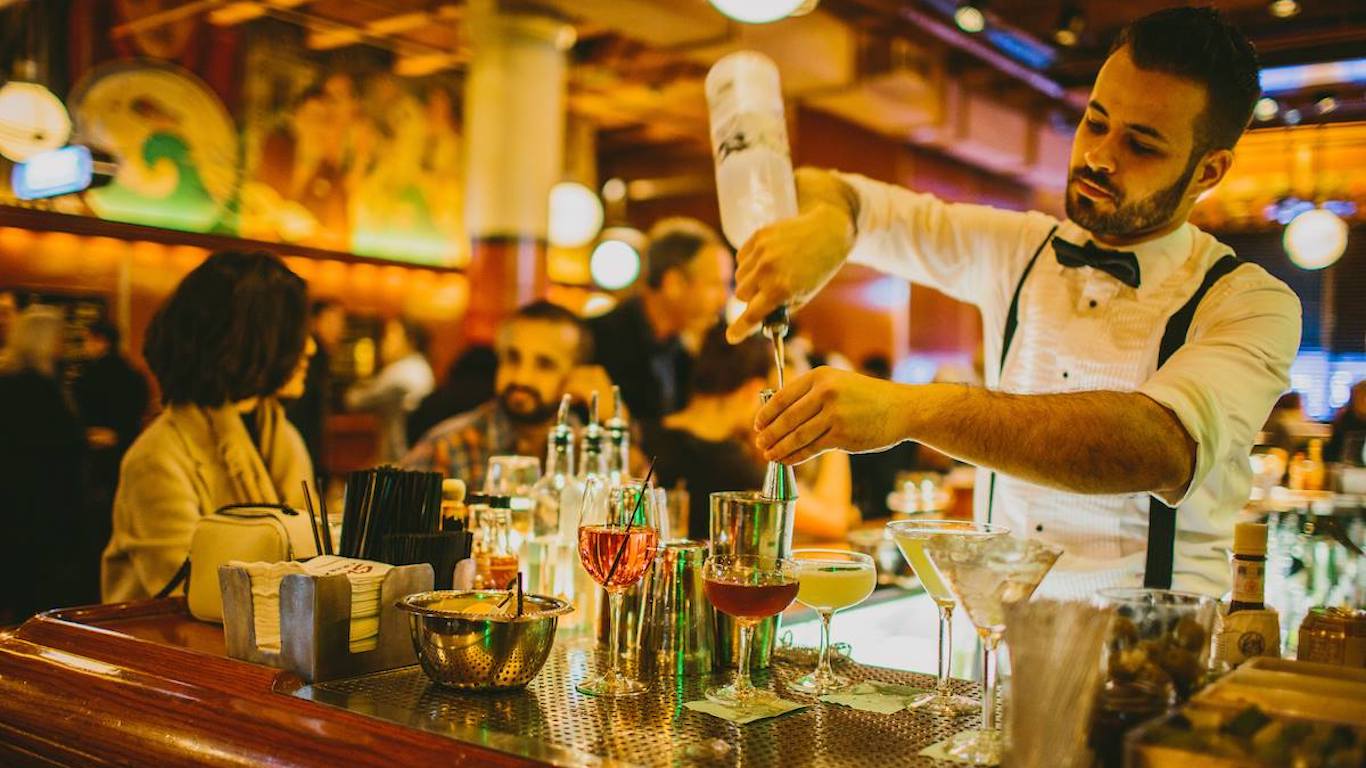 Inspired by old-school seafood houses in Maryland and Detroit, Shaw’s was opened in 1984 by the massive Lettuce Entertain You food service empire, which runs 120+ restaurants in nine states and counting.

In a 1940s-style atmosphere, Shaw’s offers oysters, crab (of course) in several forms, sushi and sashimi, steamed Maine lobster, and a selection of fish in season that might include Santa Barbara stone crab claws, Panama swordfish, and Lake Erie yellow perch. There is a newer Shaw’s in the Chicago suburb of Schaumburg.