Idaho has one of the lowest shares of wealthy households in the country. Just 3.3% of Idaho households earn $200,000 or more — less than half of the national share. There is, of course, more than route to success and wealth, but those who graduate college are more likely to earn high wages than those who do not. Just 26.8% of Idaho adults have earned at least a bachelor’s degree as compared to 32.0% of Americans adults.

Florida’s median annual household income of $52,594 is one of the lowest in the country and well below the U.S. median of $60,336. With nearly 21 million residents, Florida is one of the most populous states. A high share of Sunshine State households need help buying food. Some 13.6% of households in the state rely on Supplemental Nutrition Assistance Program — or SNAP — benefits, the program known formerly as food stamps — to help buy nutritious food. Some 14.0% of Florida residents live in poverty, and 6.9% of households earn less than $10,000, both among the highest rates of all states.

Some 14.7% of North Carolina residents live below the poverty line, one of the higher poverty rates in the country. A large portion of those residents live on less than $10,000 per year. North Carolina households are more likely to turn to SNAP to help pay for food than those in most other states. North Carolina, like many other southern states, has below-average college and high school educational attainment rates, which may contribute to the state’s relatively low income, as more highly educated workers are more likely to work in high-paying jobs. 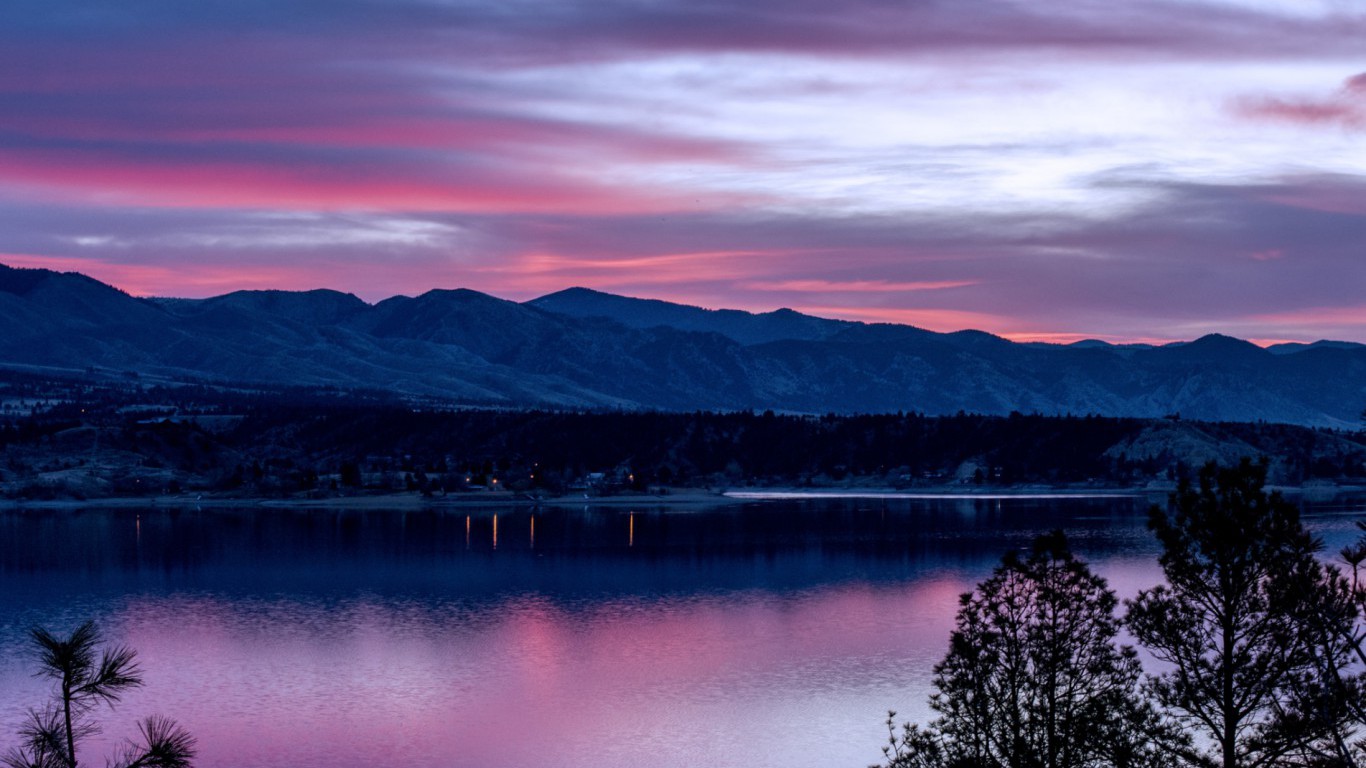 Nationwide, there is a correlation between high levels of educational attainment and high income, as better-educated residents are more qualified for higher paying jobs that require more specialization. However, that is not the case in Montana. Though Montana adults are slightly more likely to have graduated from college than the average American, and the state’s high school attainment rate of 93.0% is the third highest in the country, the state’s median household income is 14th lowest. Montana adults are among the most likely of workers in all states to work in industries that tend to have blue collar jobs like agriculture, forestry, mining, and construction. These jobs often do not pay as well as white collar professions.

Missouri’s median household income increased by nearly $900 from 2016 to 2017 — not as much as the national increase of over $1,500 but enough to keep the Show Me state ranked 36th by median household income as it was the previous year. Missouri has a relatively low unemployment rate at 3.8% and the state’s poverty rate of 13.4% is exactly in line with the U.S. poverty rate.