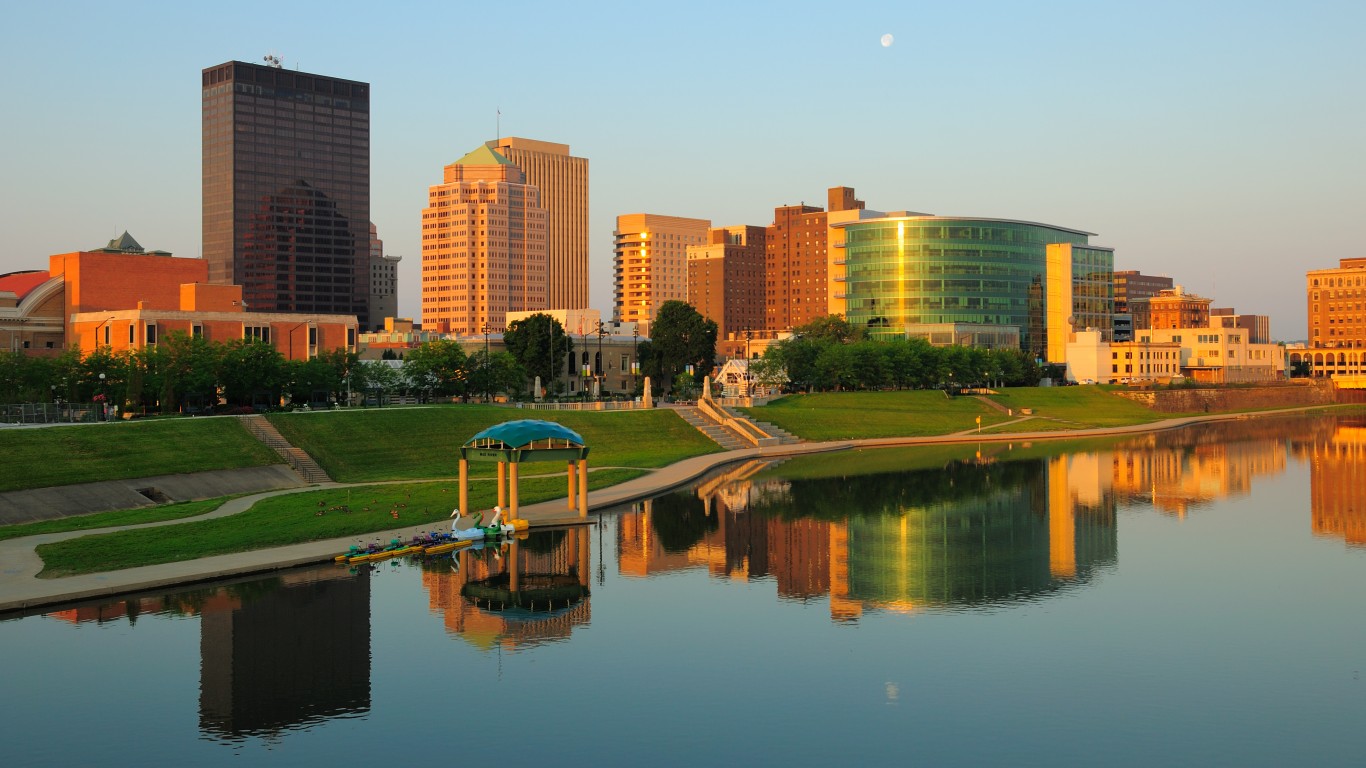 Cardiovascular disease accounts for 37% of all deaths in the state, compared with a quarter of deaths nationwide. The Ohio Department of Health supports several initiatives to reduce the risk, and they may have been a factor in the positive effect between 2014 and 2015. All nine cities in Ohio on the list had a decrease in the incidence of heart disease. Dayton’s share fell by 0.2 percentage points, which was not enough to keep the city from having one of the five highest shares among the nation’s major cities. 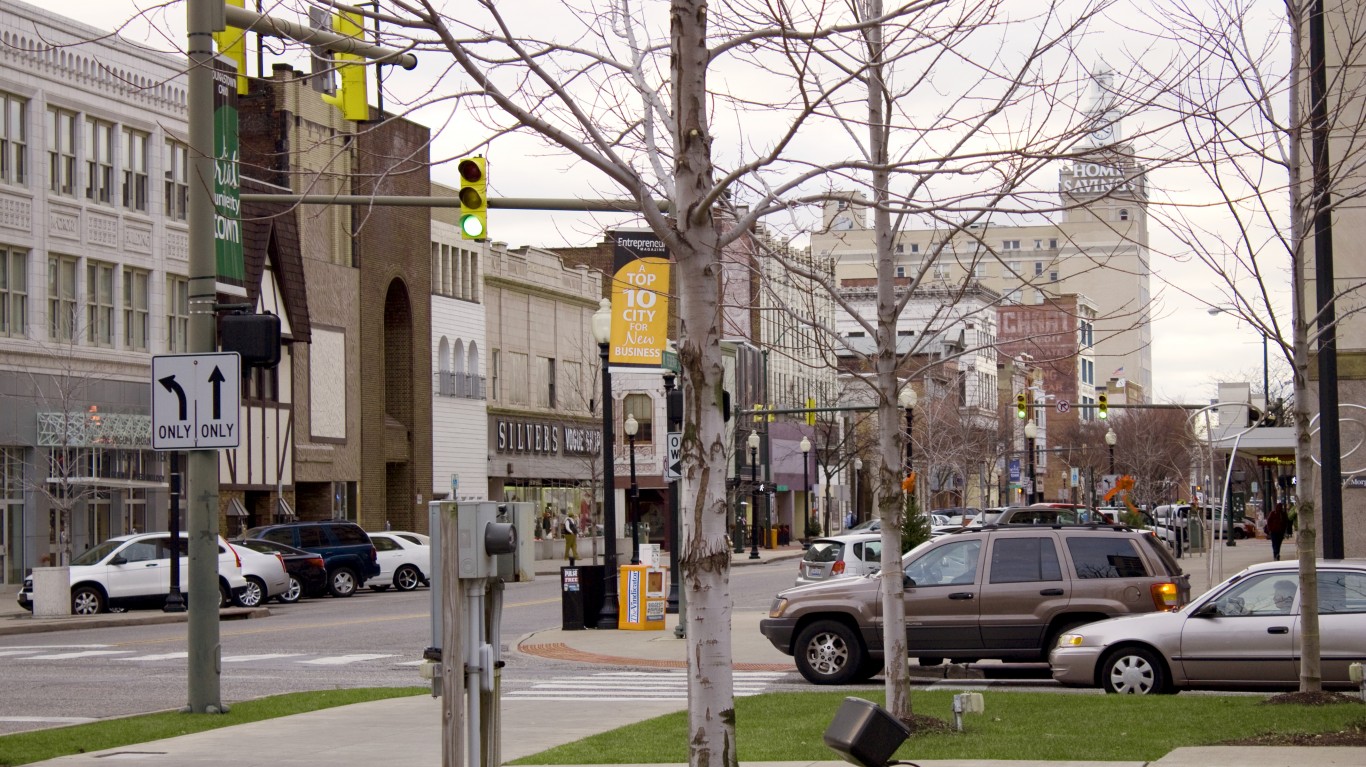 Youngstown was No. 1 on the list of cities with the highest rates of heart disease in 2014. The slight improvement of 0.1% brought it down to fourth place a year later. A combination of several factors associated with heart disease help keep the city in the top five, including a high rate of chronic obstructive pulmonary disease, at 10.8% of adults — the second highest among the 500 largest U.S. cities. COPD is linked to a higher risk of heart conditions due to elevated pulse rates during both rest and exercise. 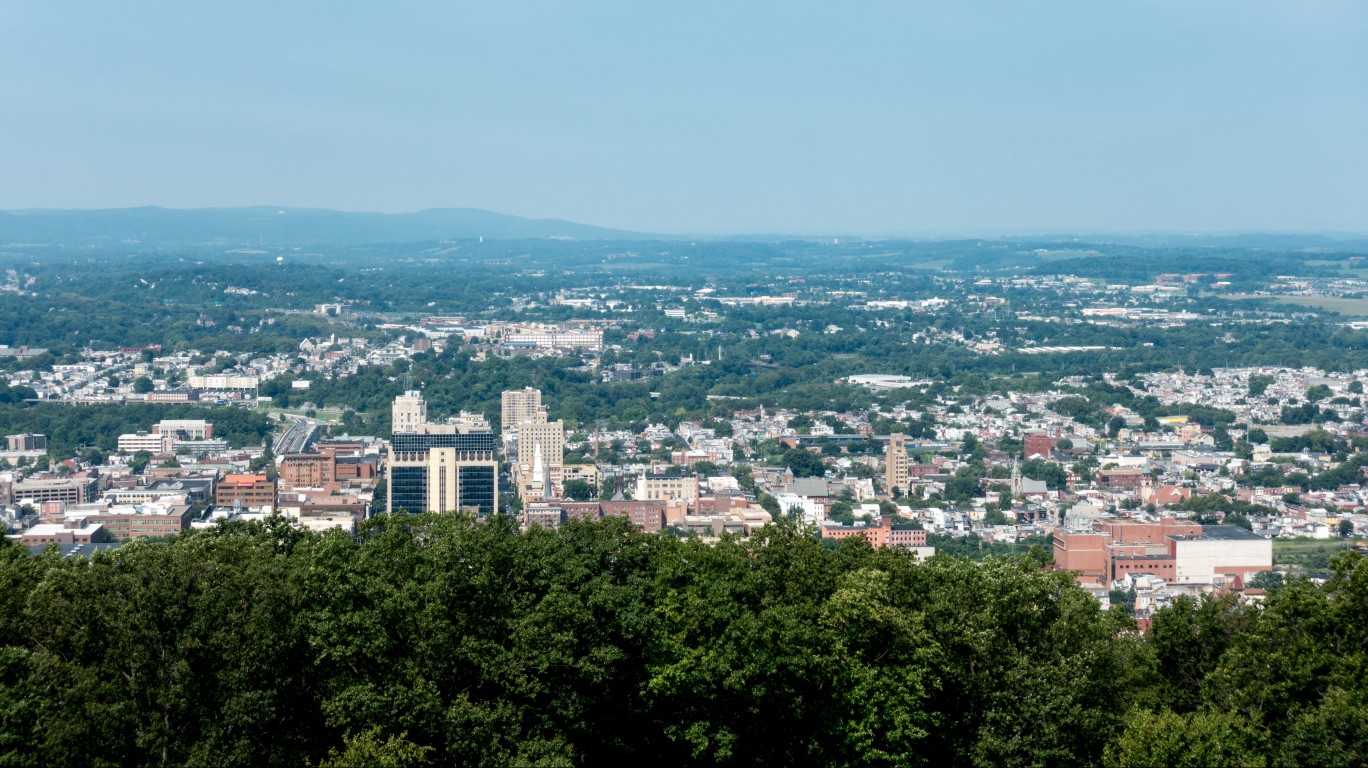 Of the seven cities in Pennsylvania on the list, Reading is the only one where the rate of heart disease went up between 2014 and 2015, although by just 0.1 percentage point. The city’s problems with heart disease extent to wider health issues. Among Reading adults, 19.1% report at least 14 days of poor health per year, the highest share of all 500 cities in the database. 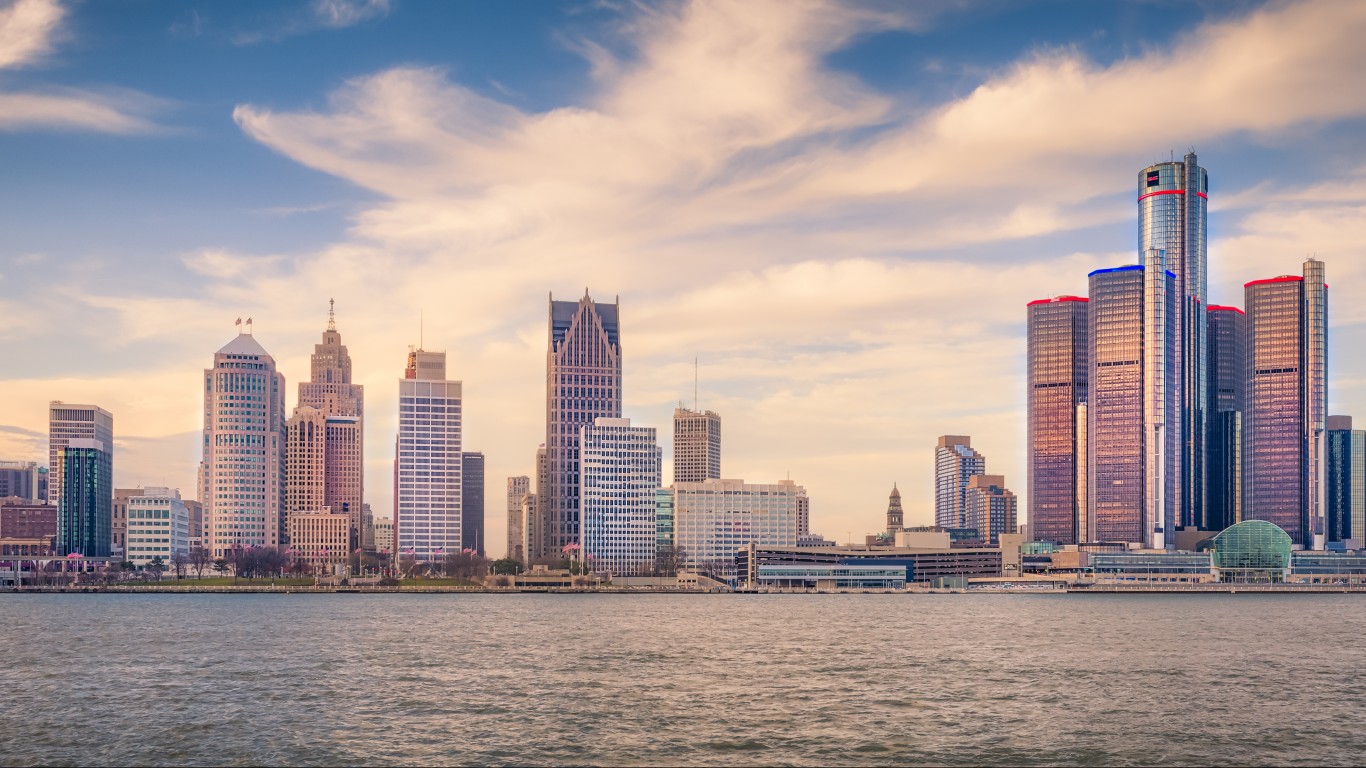 Among the 500 largest U.S. cities, Detroit has the third highest adult diabetes rate, the second highest arthritis and obesity rates, and the highest rates of high blood pressure and smoking. Also, Detroit is No. 2 in people with asthma, which has been linked to a 57% higher risk of heart disease. 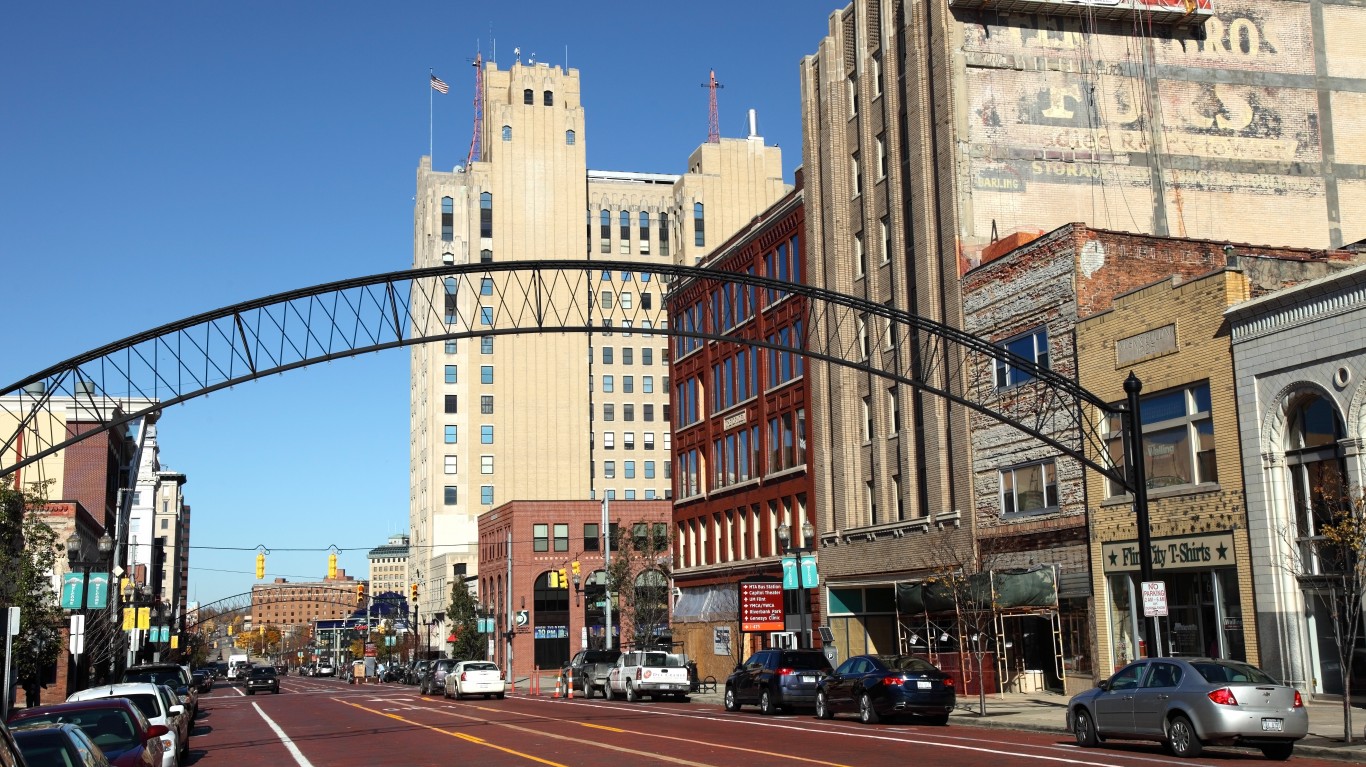 The lead contamination crisis in Flint may help partially explain why the city has the highest share of heart disease incidence of any major city. Chronic exposure to lead and higher concentrations of lead in blood cause hypertension, ECG abnormalities, peripheral arterial disease, and cardiovascular disease. Flint has the highest rates of arthritis (34.9%), asthma (13.4%), chronic obstructive pulmonary disease (10.9%), and smoking (31.5%) — all of which significantly increase the risk of heart disease.