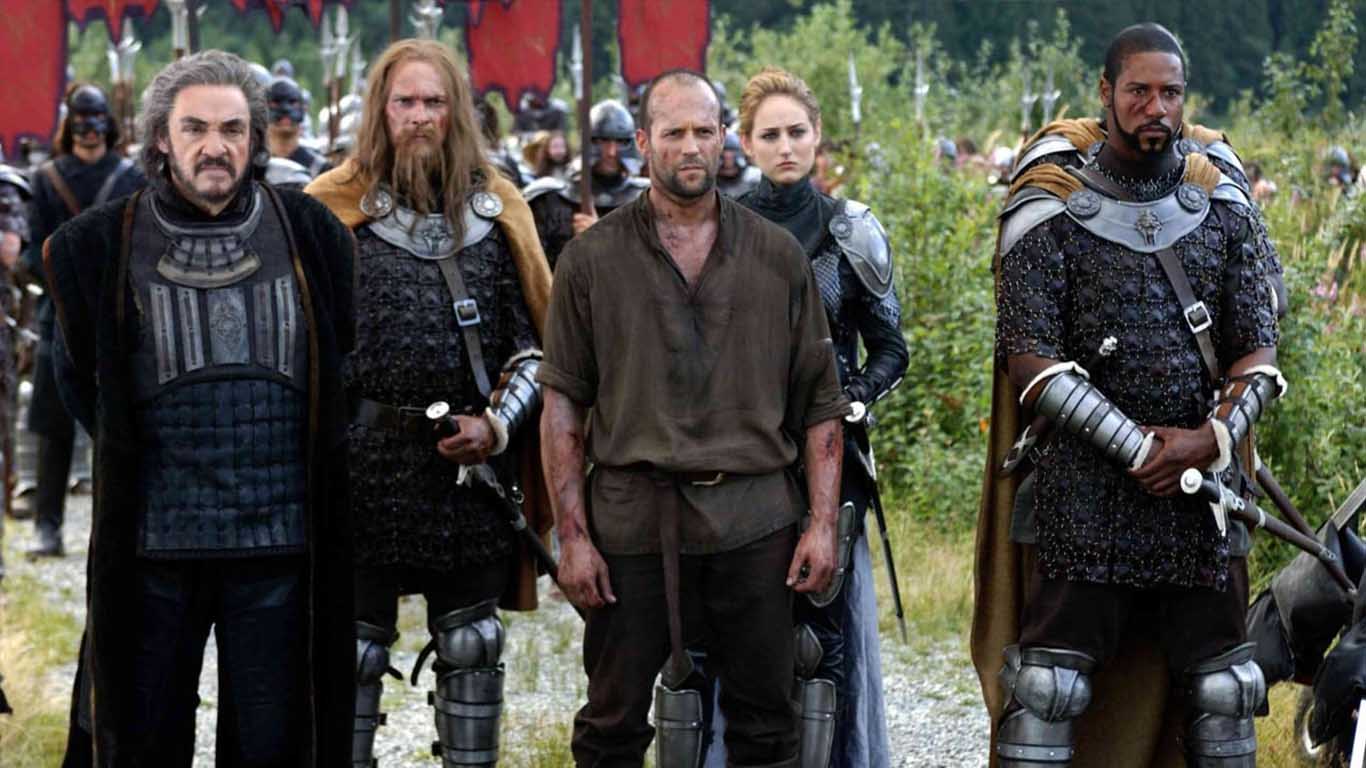 Directed by controversial filmmaker Uwe Boll, “In the Name of the King: A Dungeon Siege Tale” is inspired by the Dungeon Siege video game series and stars popular actors Jason Statham, Ron Perlman, and Ray Liotta. Unfortunately, the onscreen talent was not enough to save this film from being wholly condemned by critics.

The first in a series of movies based on the venerable role-playing game of the same name, this “painfully derivative clunker,” as the Hollywood Reporter put it, is possibly “the clumsiest, most inept cinematic exploitation of an item with kid appeal that we have yet seen,” as a Detroit News critic said. 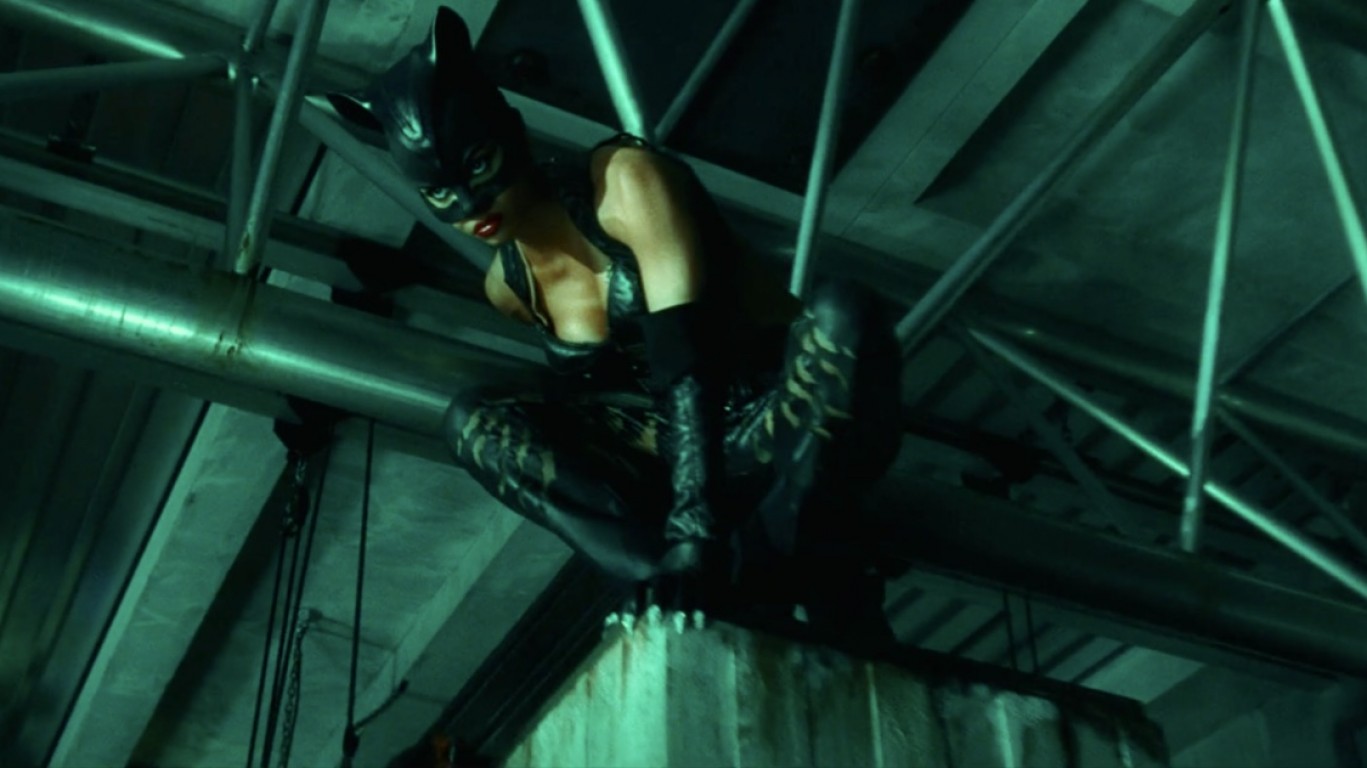 The 2004 film “Catwoman” shows just how bad a superhero movie can be. Dragged down by over-editing and miserable CGI, the film won a handful of Razzie Awards, including worst picture, worst director, worst screenplay, and worst actress for lead Halle Berry. 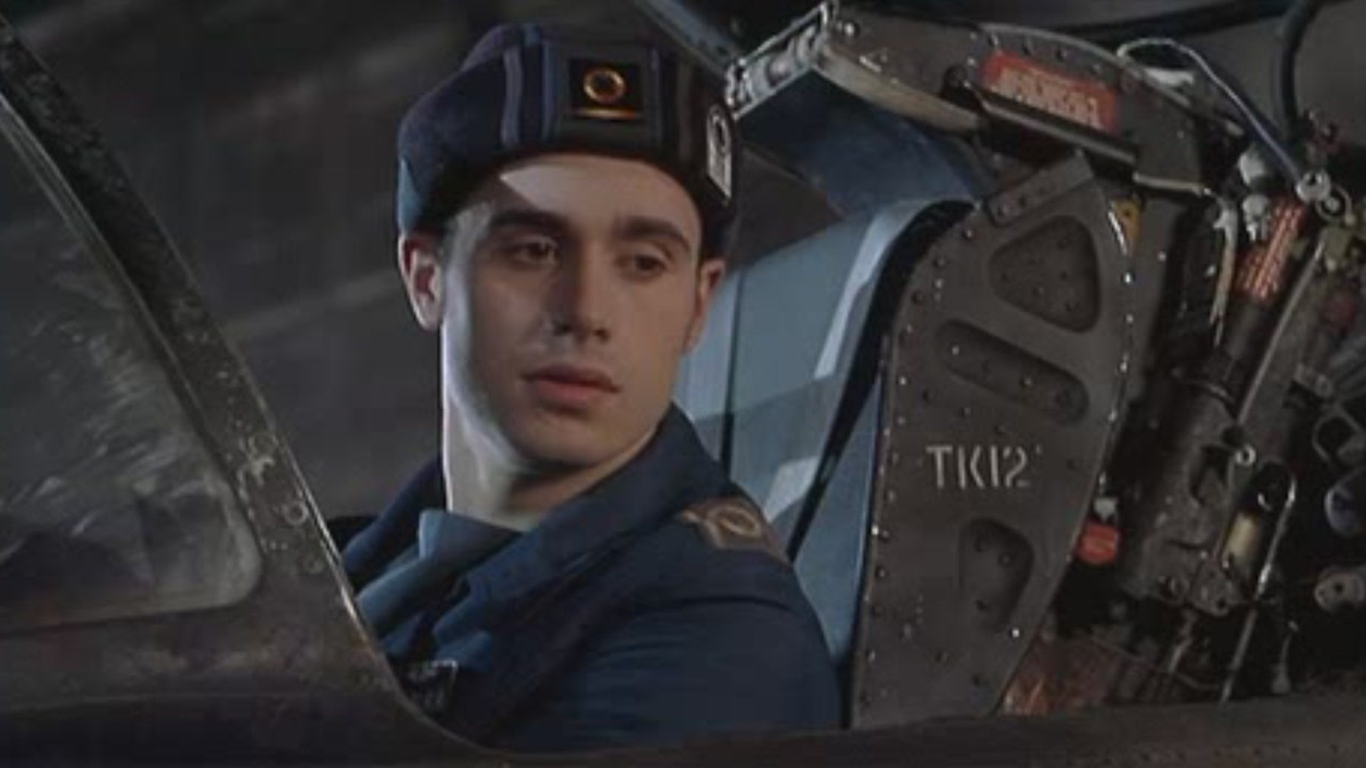 Based on a series of popular video games focused on a galactic fighter squadron, this sci-fi would-be thriller is “Excruciatingly earnest yet convictionless,” according to the Chicago Reader, and “formulaic, humdrum and sometimes unintentionally laughable,” per Variety. 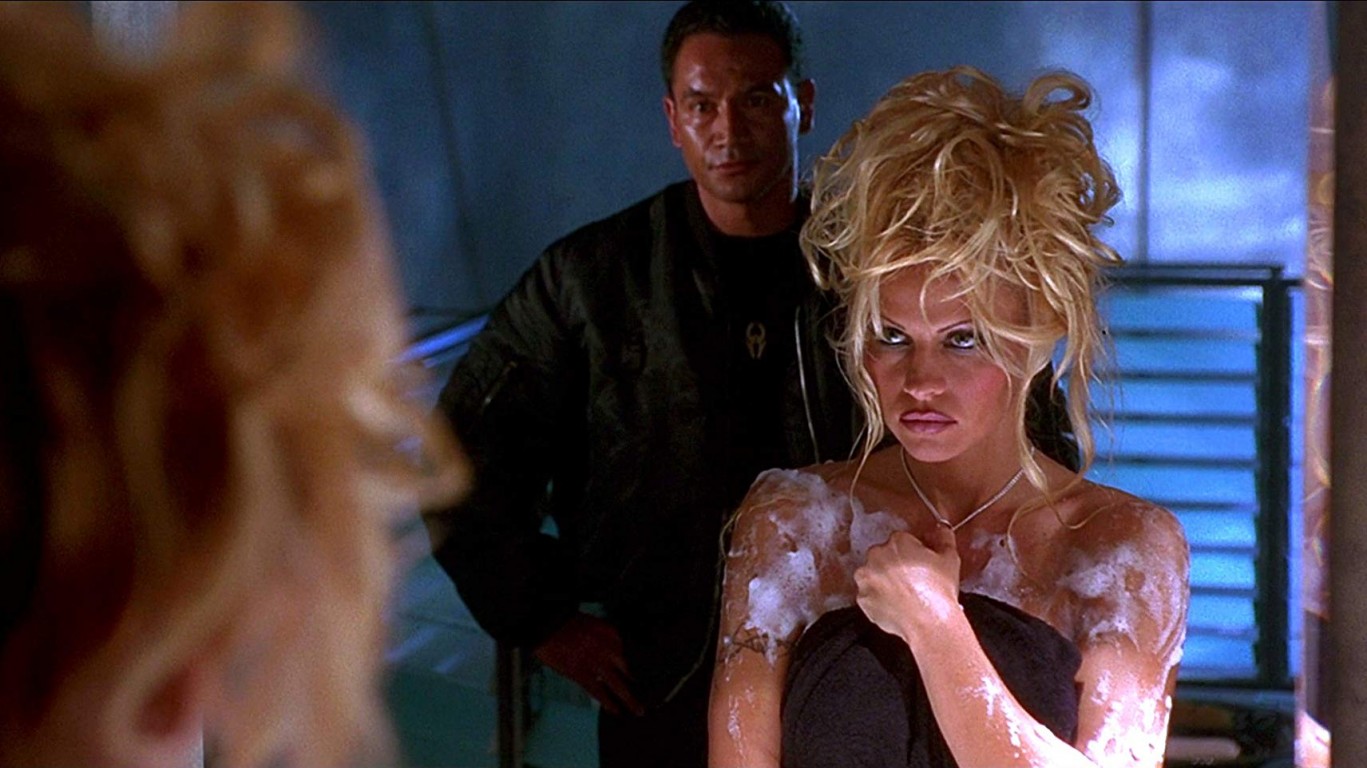 Based on a comic book, “Barb Wire” is actually thought higher of by critics than by audiences, with 28% of the former liking it versus 14% of the latter. The movie was nominated for six Razzie Awards, and star Pamela Anderson won one for worst new star.

This Adam Sandler vehicle features the prolific comedian playing dual roles as siblings Jack and Jill Sadelstein. The movie currently has a 3% positive critics rating on Rotten Tomatoes and set a record of being the first film to win every single award at that year’s Razzies. 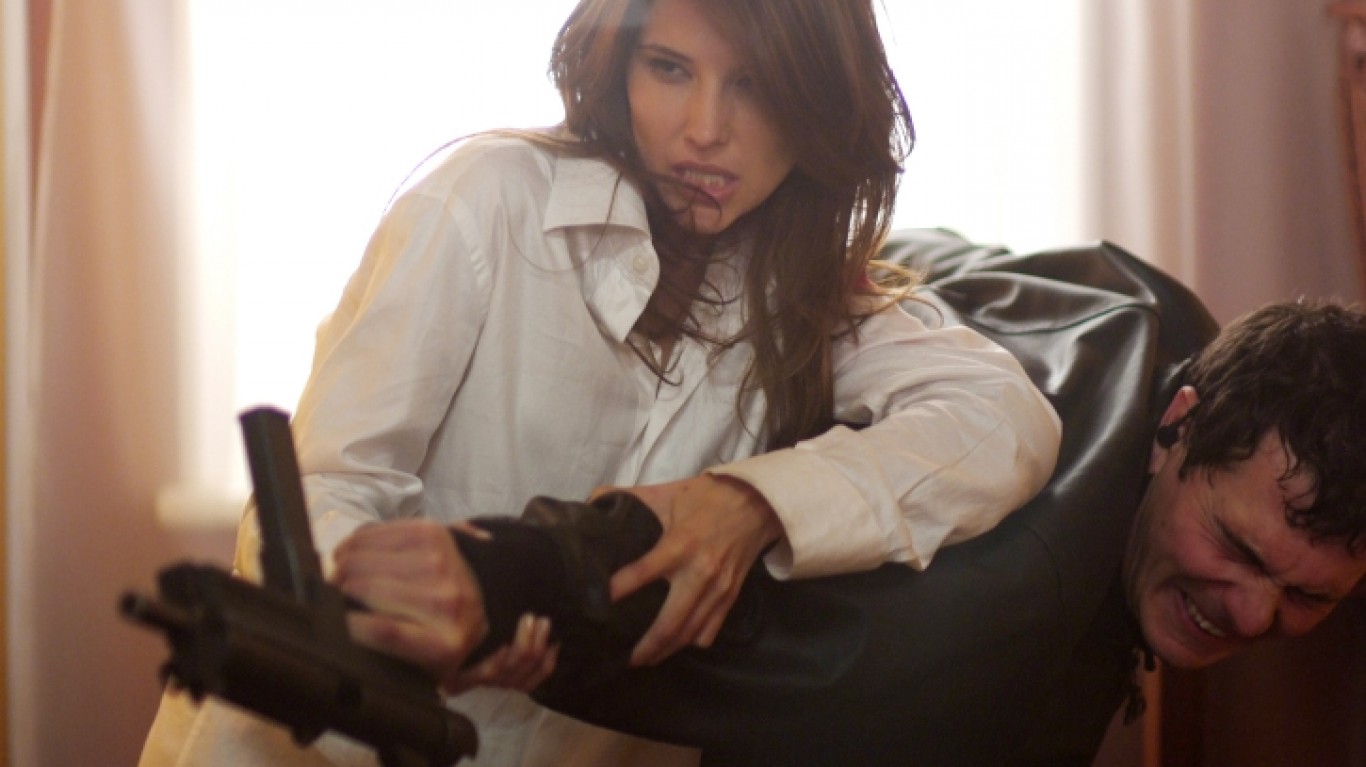 A mysterious cell phone sets off the action in what critics described as this “stupid,” “routine” movie. “The only elements that could be called professional,” wrote Jules Brenner of Cinema Signals, “are the photography and the poster art.”

“Mortal Kombat: Annihilation” is yet another low-quality film based on a video game. According to film critic Lisa Alspector of Chicago Reader, “the most stimulating, satisfying aspect of [the] action fantasy is the theme music.”

“The Devil Inside” combines two of the horror genre’s most popular trends at the time of its release â found footage and a plot involving an exorcism. The results disappointed critics, however, who found it “a cheap, choppy unscary mess” with “one of the worst endings in recent memory,” according to Rotten Tomatoes. 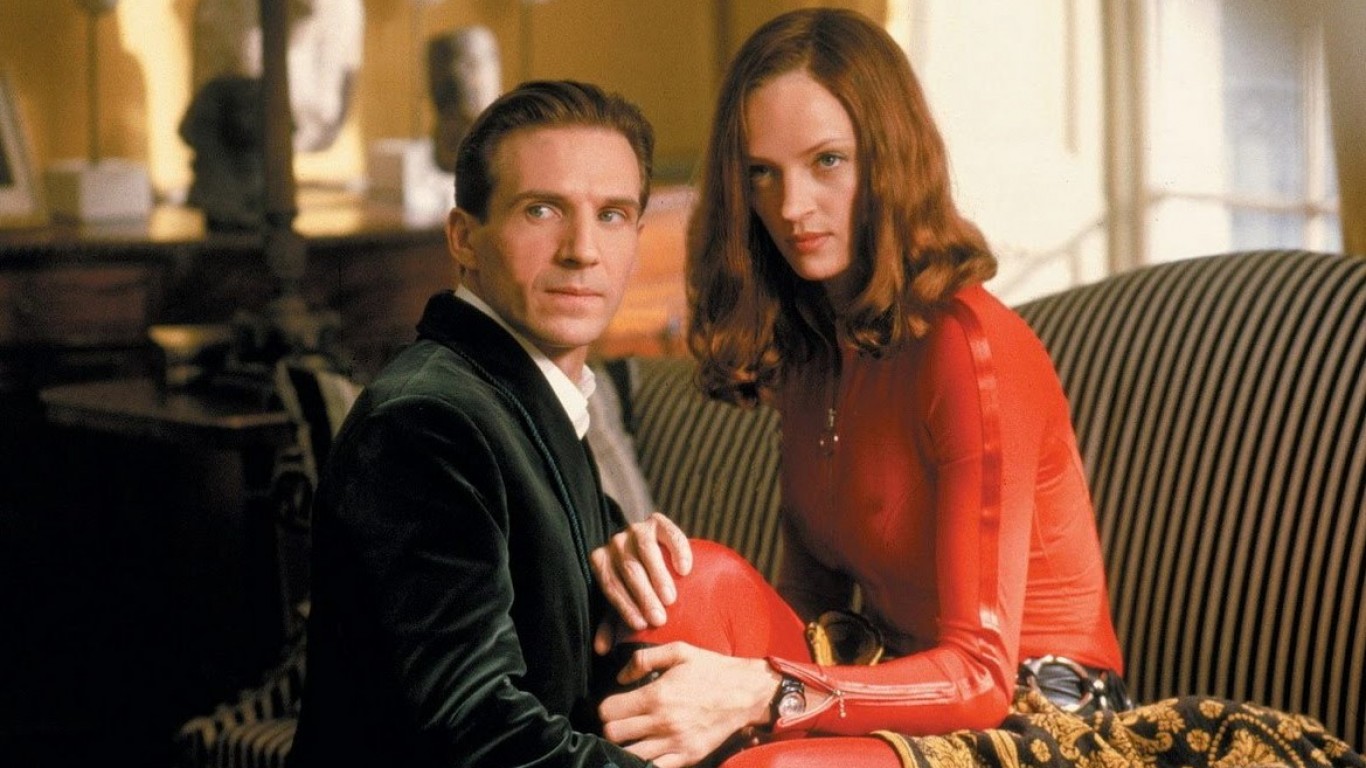 Before Marvel’s successful Avengers franchise there was this spy movie, based on a British television show with the same name. Due to extensive studio meddling, the movie flopped, grossing less than $49 million worldwide on a reported production budget of $60 million.